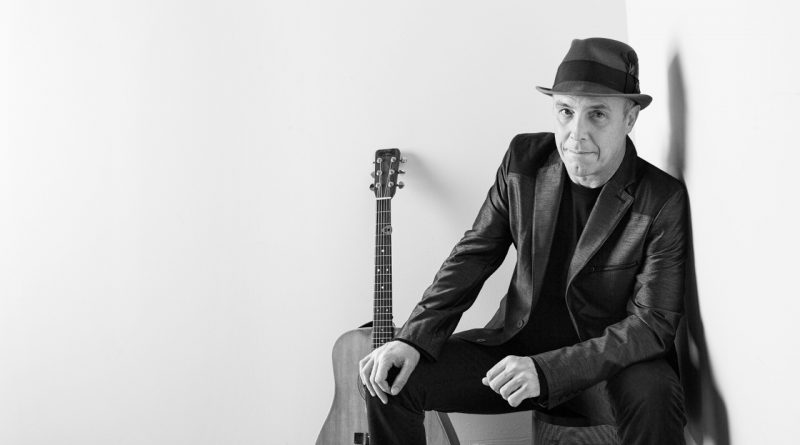 Freedy Johnston may be the songwriter’s songwriter.  I know, not very helpful. Okay…Freedy Johnston blends genres, points of view, anger, melancholy, regret, pride, and longing, into amazing three-minute simulacrums of life as we still know it (for now).  His most recent album is 2015’s Neon Repairman. He’s coming to town for a solo acoustic show on Friday, August 16th at Seattle’s La Copa Café—although he’s quick to point out that he’s down to only 19 tickets unsold, and tickets have to be bought online.  He’s a nice guy that way. He was also nice enough to answer a few questions.

NWMS:  What are your favorite things about Seattle, musical and non-?

Freedy Johnston:  Hey, like every tourist I love the Pike Place Market. I’ve always had a great time in Seattle. I only recently played out on Vashon Island, but those gigs were some of my favorite shows. I’ve had some crowds at the Tractor Tavern who almost made me cry, they were so nice. Never had a bad show there that I can recall.

NWMS:  What are your best, worst, and oddest stories of playing all the world over?

Freedy Johnston:  The best stories are from my trips to Holland and Belgium. One time Kevin Salem, my girlfriend Lisa, a Belgian music writer and me were locked in a Brussels club because we’d been up in the dressing room drinking Leon Redbone’s bottle of Jagermeister, which he’d handed to us on his way out. The journalist with us was Flemish (Dutch-speaking), and the cops were Walloons (French-speaking), and they don’t get along. The cops told him over the phone to just wait until the morning. Luckily we finally found an emergency exit.

NWMS:  Which cities the world over most appreciate what you do, and which seem the toughest markets to play?

Freedy Johnston:  My favorite city is New York, though I don’t live there right now. It will always be my home.

NWMS:  You grew up in a tiny Kansas town. How mind-blown were you when you got to NYC for the first time?

Freedy Johnston:  I was working at the Lawrence, Kansas Country Club as a cook, having dropped out of college to be an artist/musician. (Note: “Hey Kids! Stay in school!”). On my first 2-week vacation, I tried to actually hitch-hike to New York. Yes, I’m not that bright. I got as far as St. Louis and got on a bus.

I will always remember walking out of Port Authority on that hot summer afternoon in 1982. Crowds pushing by, the heat and smell and sounds of ’80’s New York, people wearing Walkman headphones, tuned out of the world. I may as well have been barefoot with a piece of straw in my mouth, I was such a hick.

NWMS:  What music made you want to make music, growing up. Which songs, albums, artists, radio stations, and concerts were the most important to you, and why?

Freedy Johnston:  My favorite band is Led Zeppelin, and my favorite record of all time is Physical Graffiti. I was also way into Elton John and Steely Dan in high school. Still am of course. Then I got Elvis Costello’s My Aim is True and, like a lot of folks, it somehow changed the way I heard songs. So that record probably has the most influence on me.

[For his 1992 album] Can You Fly, I was callowly trying to write as well as The Mekons or Mark E. Smith. But, in my type of American ballad music, I guess Merle Haggard and Hank Williams are the best songwriters I know of.

My first concert was in ’76 or so. ZZ Top in Wichita. Wall of amps behind them that I only learned years later had no speakers in them. I’m sure I was wearing earth shoes, a screen-print polyester shirt, and patchwork bell-bottoms. Big plastic glasses, long wavy hair, you get the picture.

There was one FM station in Great Bend, Kansas that played cool music late at night a couple times a week. Otherwise you drove 45 miles to Dodge City to the record store or joined the Columbia Record Club.

NWMS:  I was lucky enough to meet you once in Seattle, years ago, and you remarked that you didn’t do songs like “The Man With The Four-Stroke Heart” anymore because you gave up writing songs that had that many words. What specifically lead you to simplify lyrics?

Freedy Johnston:  I like that little song. It does have a lot of words. “Fun Ride” does too. I think it’s just a normal progression to become more economical with words. You need less of them to do the same job, and do it better. But, I have a new song, “There Goes a Brooklyn Girl”, that is sort of “wordy”, so I can still ramble on.

NWMS:  What would you say are the biggest changes in general, between how you wrote in the ’90s and how you write now?

Freedy Johnston:  Well, like a lot of songwriters my process has never changed. Don’t know any other way than to start with a melody and a chord progression, then spend two years or so figuring out the damn lyrics. If I had my way it would be a quicker process. But, there is the one-in-ten song that comes out in one sitting. Now the songs themselves usually tell me how to write their lyrics. They always know best.

NWMS:  You released an album of cover versions a few years back. Were there any songs you left off that you regretted not covering?

Freedy Johnston:  My Favorite Waste of Time was a record of covers I did in Nashville about ten years ago, featuring some real musician legends. The songs are mainly upbeat-ish pop songs that I had been doing in my set. It was pointed out to me after making it that I wouldn’t play any “happy” songs unless I did covers. Haha.

NWMS:  Your music contains aspects of pop, rock, and country. Have you ever definitively defined your work in any category?

Freedy Johnston:  Thankfully, that has never crossed my mind.

NWMS:  What’s in the future after this tour? Any chance of a new album anytime soon?

Freedy Johnston:  I live in LA currently. No album planned, but I have several new songs that I am releasing as singles over the next months.