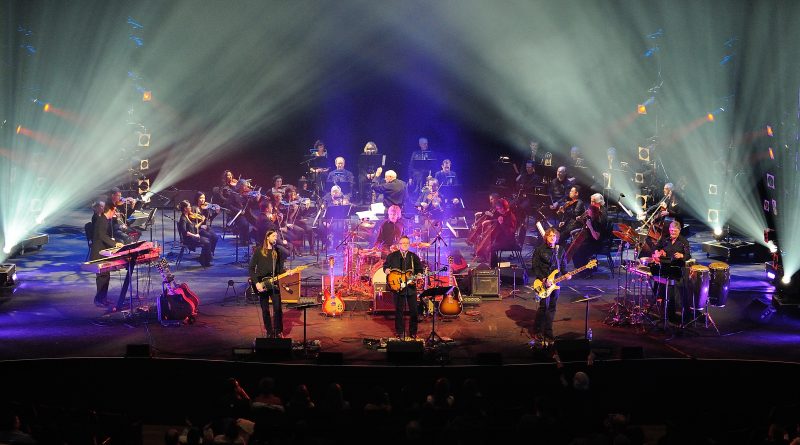 Even with today’s digital gadgets, re-creating all the sounds, textures, and singing on Sgt. Pepper’s Lonely Hearts Club Band can’t be easy. But Craig Martin, founder and leader of the Classic Albums Live ensemble, doesn’t falter. He’s bringing in his whole show, in collaboration with the Seattle Symphony Orchestra, to do the album start-to-finish, on this coming Friday, May 17, at Benaroya Hall’s S. Mark Taper Foundation Auditorium. Reached by email on the road, he was kind enough to express his feelings in distinctive poetic rendition (see below).

NWMS:  Have you visited Seattle before? If so, what are your recollections of playing here, and the city itself?

Craig Martin: We love Seattle. We love the history of the city and the vibe and we take our time there seriously. We’re bringing the world’s greatest music to one of the greatest states. This is an important show. We also like the food trucks.

NWMS:  How big of a band do you need for Pepper? Will the Seattle Symphony Orchestra itself participate?

Craig Martin: Performing with the SSO is the only pure way to achieve note for note perfection. Every sound and nuance will be represented. We’re bringing our sitarist with us for the piece – “Within You Without You” – that takes care and precision as this will be one of the show’s defining moments.

NWMS:  How long did you need to rehearse the Pepper show? What were the biggest obstacles to the sound, and how did you work through them?

Craig Martin: The biggest obstacle is getting enough sleep. CAL is doing 170 shows across North America – different albums performed in different cities. I have 64 musicians that I employ, so moving them and housing them and loving them takes a lot of work. We’ve been performing classic albums for 16 years so we know how to do this.

NWMS:  I’m assuming “A Day In The Life” is the hardest song to re-create live, but correct me if I’m wrong.  Do you throw in a ringer for Mal Evans counting up measures?

Craig Martin: We look after every count and sound, it’s all represented. We are unconcerned with imitation or costumes or cheesy lighting.

NWMS:  What are your favorite Pepper songs and why?

Craig Martin: The best song on Pepper is “A Day in the Life”, it’s a masterpiece. The sound of change, a generation engaged.

NWMS:  When can we expect to see and hear you again?

Craig Martin: We will always return to Seattle.