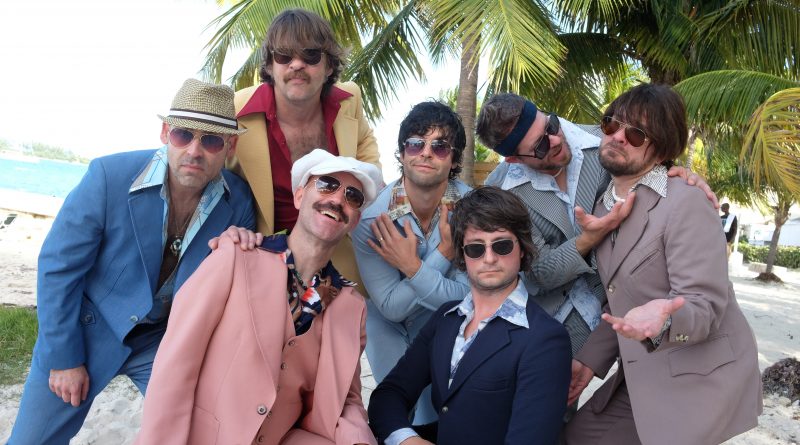 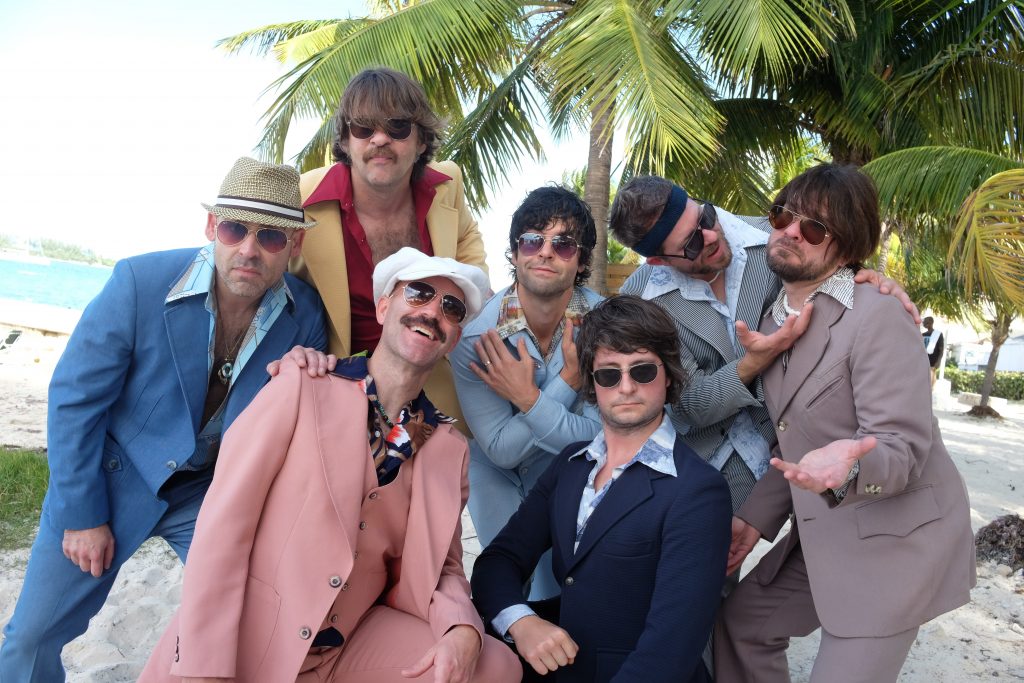 Yacht Rock walks among us!  Sails among us…?  Anyway, Yacht Rock is here to stay if indeed it even went anywhere, and if history has a dustbin, well, it capsized and spilled out the Yacht Rock and you’ll have to sue upon the Almighty for water damage.

The Yacht Rock Revue, assembled roughly around Indiana University (see below), thrives on serving up the sweet stuff to the faithful. They’re bringing it to Neumos on Sunday, August 4th. Nicholas Niespodziani was kind enough to take questions.

Northwest Music Scene:  What are your earliest memories of yacht rock–where and when were you catching which sounds?

Nicholas Niespodziani:  Like most men and women of my generation, I was probably created with yacht rock on in the background. I remember thinking the “Maneater” video was creepy, only to grow up and find out it was just tongue-in-cheek cheese.

My mom used to do the side-step dance listening to some of this stuff when she was making dinner, and my dad would wear out the Gordon Lightfoot and the Loggins and Messina when he was working in his wood shop in the garage.

Northwest Music Scene:  What lead the band to decide to focus on Yacht Rock?

Nicholas Niespodziani:  It was more like Yacht Rock decided to focus on us. I wanted to be in an original band that was like Radiohead or Led Zeppelin or the Stooges. So it felt like a curse, we kept playing these songs and people kept coming so we had to play another Yacht Rock show. And now yacht rock focuses on my mortgage.

Northwest Music Scene:  Who are the band members, and where does each one come from geographically, and musically?

Mark Cobb:  Drums. Indiana. He and Nick met in the IU Soul Revue, playing everything from James Brown to D’Angelo. That’s the music that informs his playing (along with Stewart Copeland and John Bonham.) (IU Graduate)

Nicholas Niespodziani:  Vocals. Indiana. (Me.) I studied opera and then I wanted to be in the Beatles and then I studied law. None of that worked out so here I am. (IU Graduate)

So there you go.

Northwest Music Scene:  What does a typical band set list consist of?

Nicholas Niespodziani:  Whatever we want. There are those who hold the term Yacht Rock near and dear, who get very territorial and specific about what does and does not qualify as Yacht Rock.

We are not those guys. We want to have fun, and more importantly we want the fans in the front row to have fun. So we play music that makes that happen.

Northwest Music Scene:  How many Steely Dan songs have you got, and which?  How much harder is Steely Dan to play than other yacht rock?

Nicholas Niespodziani:  We’ve played maybe a dozen of the Dan classics over the years, rotating them in and out. Most often you’ll hear “Peg,” “My Old School,” “Hey 19″…

They’re definitely known for their precise musicianship, but there are plenty of other bands from this era who present similar challenges. The chords don’t have to be complex for the tune to be tough. Just ask the other yacht rock bands who try to do what we do.

Northwest Music Scene:  How much Christopher Cross do you usually throw in, and which songs?

Nicholas Niespodziani:  At least 1 CC per night.  You don’t Cross Christopher with our fans, or you’ll get cut. “Sailing,” used to send people straight to the bar or bathroom, but now it’s a solid opener from time to time.

Northwest Music Scene:  What are your most profound lessons and surprises from learning and playing yacht rock?

Nicholas Niespodziani:  The biggest lesson I’ve learned seems so simple on the surface:  People come to shows to escape. They don’t want to think about politics, they don’t need to be challenged by layers of meaning in poetic lyrics. They want to have fun and sing along to songs they know by heart and see people on stage doing things not everyone can do.

I think that’s what this music has a staying power that more introspective musical trends will never have. There will never be a grunge tribute doing the equivalent of what we do, because the songs aren’t meant to sing along to with your friends.

Northwest Music Scene:  What about Yacht Rock would surprise the casual fan the most?

Nicholas Niespodziani:  How wild our fans get.

Northwest Music Scene:  What’s in your plans for the future, after this tour?

Nicholas Niespodziani:  We recorded an album of our own songs that’s gonna surprise fans, friends and enemies alike. It’s really good, and I can’t wait for people to hear it. It’s like the love child of Yacht Rock and something way younger. Sounds kinky. Get ready, we announce it later this year and we’re coming back through Seattle with it in 2020.

But don’t worry, it will still be mostly Loggins and McDonald and Steely Dan and Hall and Oates. Just with some freshy-fresh smooth from us on the side.