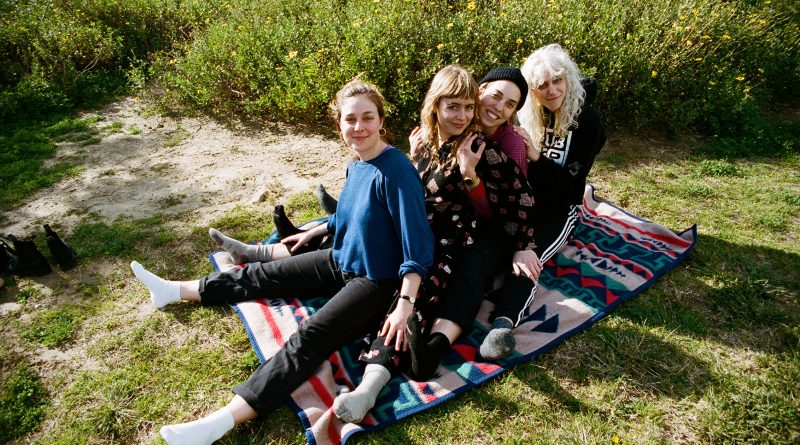 Chastity Belt, the foursome that came from Whitman College—now based here in town–is back with a self-titled album on Hardly Art, and preparations for a nice long tour.  Singer/guitarist Julia Shapiro was kind enough to take a few questions.

NWMS: You just played an in-store at Easy Street Records.  Is this one of your favorite record stores in the city?  Any others you’d like to plug?

NWMS:  How has Seattle grown and changed, for better, worse, and/or weirder, since you’ve been here?

Julia Shapiro:  It definitely has changed for the worse. With Amazon taking over, everything has gotten way more expensive and the city is overrun by condos. I think this is happening in a lot of places though.

NWMS:  The song “Drown” took roughly six years to finish.  How did it start out, and what changes did it go through to finally get finished?

Julia Shapiro:  I had the chord progression for a really long time, and throughout that time the lyrics went through a series of changes. It took a while for everyone else in the band to write their parts, but eventually it all came together.

NWMS:  How have the band members’ singing, writing, and playing abilities grown and changed over the years?

Julia Shapiro:  We’ve gotten a lot better. Also, we’ve “matured,” because we’re “older” now. I think as we spend more time playing together, it just becomes more and more intuitive. We’re really good at listening to one another and creating space for one another.

NWMS:  Where did you cut the new album, and with whom?  Any favorite recording stories?

NWMS: Ms. Shapiro was getting bugged by a man from the “Real World Seattle” cast, last I checked in.  Anything come from that?

Click HERE to pick up a copy of Chastity Belt’s self-titled release out now on Hardly Art.