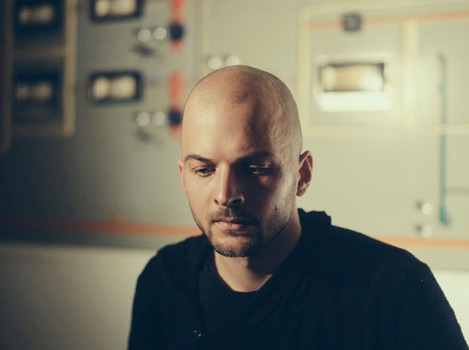 Nils Frahm had an early introduction to music, learning the piano throughout his childhood. It was through this that Nils began to immerse himself in the styles of classical pianists from previous generations as well as the music of contemporary composers, before forging his own musical path through composition.

Today Nils Frahm continues to work as an accomplished composer, producer and celebrated performer from his Berlin-based studio at the renowned Funkhaus. His unconventional approach to an age-old instrument, played contemplatively and intimately, and on a mesmerising scale through his vast stage shows, has won him many fans around the world. Nils has gained global notoriety for his highly developed sense of control and restraint in his work, as well as a breath-taking level of emotion and personality.

Following on from his first solo piano works Wintermusik and The Bells in 2009, and 2010’s 7fingers in collaboration with cellist Anne Müller, 2011 saw his break-through album Felt on Erased Tapes. Created by placing felt on the hammers of the piano, the record defines Frahm’s signature sound which was a further development of the two-track experiment Unter/Über. Felt was followed by his solo synthesiser EP Juno and Wonders — a record by Oliveray, his duo project with long-time musical companion Peter Broderick. Nils then recorded the 2012 works Screws while recovering from a thumb injury, which he gifted to his fans on his birthday. Erased Tapes also released Juno Reworked featuring remixes by Luke Abbott and Clark.

Nils Frahm will be performing at the Neptune Theatre on March 31st, 2018.