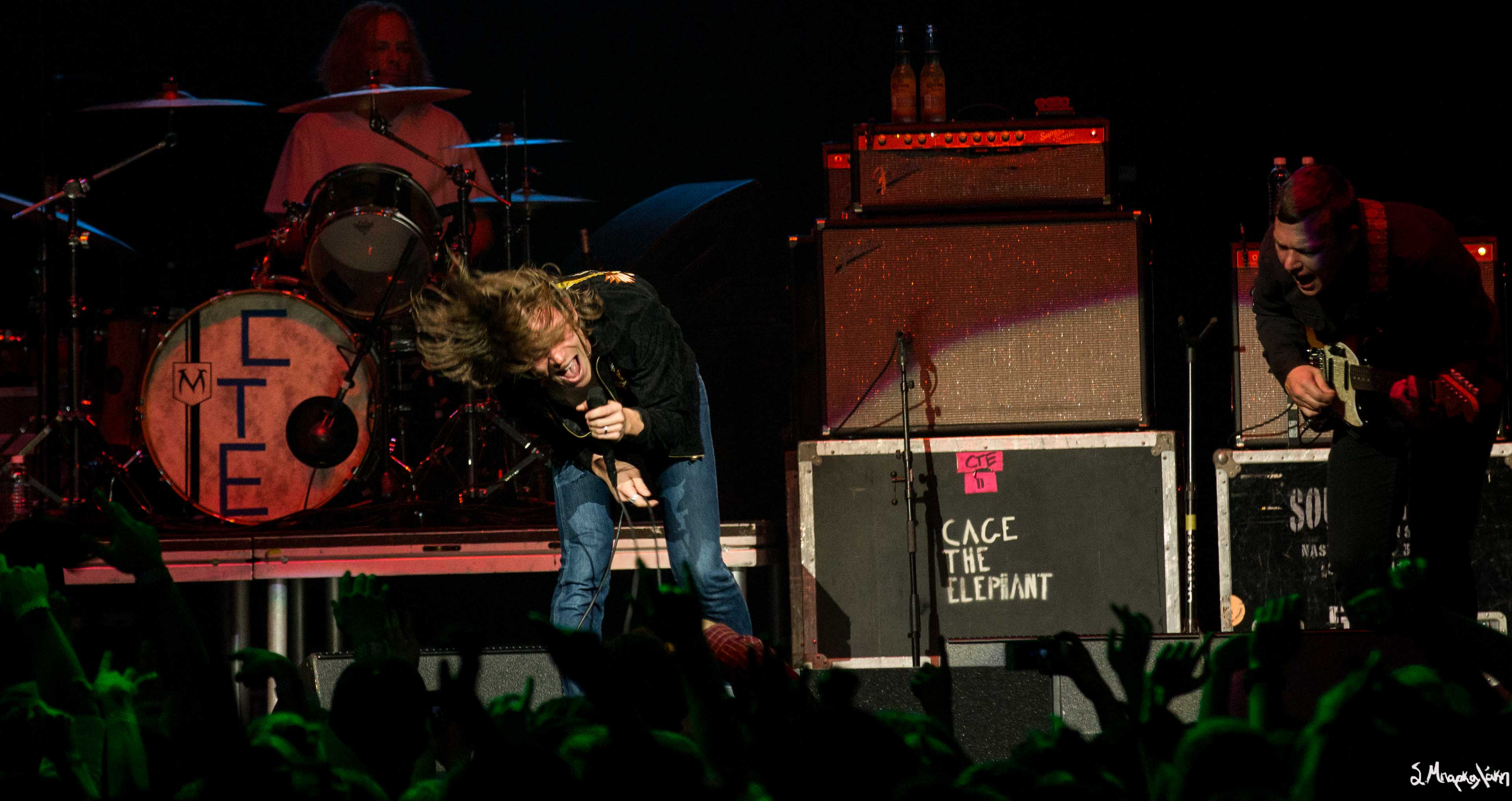 I remember attending my first Deck the Hall Ball back in 2009, when it was still held at WAMU Theater, and it’s always nice to go back every year. For me, it marks the last big show of the year, and it’s a great way to see a lot of bands in one night. The End hosts a show that has big names on the bill but the interesting thing is that the smaller bands usually go on to become big soon after. It’s nice to catch them while they’re still (relatively) under the radar, and discover bands you might have not see elsewhere.

Over the years, I’ve caught sets from Two Door Cinema Club, The Lumineers, Grouplove, Vampire Weekend, Metric (both before they were well-known and after again), alt-J, Muse, Broken Bells, Young the Giant, Awolnation, and Passion Pit, to name a few.

This year was no exception in bringing great bands to make the night special. Deck the Hall Ball 2015 added Seattle band Deep Sea Diver towards the end, along with X Ambassadors, Nathaniel Rateliff & The Night Sweats, Alabama Shakes, Walk the Moon, Twenty One Pilots, Cage the Elephant, and hometown heroes, Death Cab for Cutie. Even though Cage played last year they are always a favorite to see live mostly because of Matt Shultz’s live persona.

Death Cab for Cutie– Ben Gibbard introduced the band saying that they are from Capitol Hill, representing Seattle. The best moment by far was the bass in the intro to “I Will Possess your Heart,” a lead that never gets old for me. That intro is the reason I fell in love with their sound and every time I hear it, it brings me right back to that moment. Their sound is made of great story telling that continues with each of their songs. Hearing that song live is a testament of how much they really like playing together. The song has a four-minute intro that slowly builds with every different instrument to complete the powerful verse. Ben being lost in his guitar for half the intro, then sitting down at the piano for the latter half, is always amazing to watch.

Twenty One Pilots– The whole set was just amazing, from running around the arena, to multiple flips on stage, to playing drums on a platform held by the crowd. A set that does not get boring for a second, you are constantly glued to them anticipating what will follow. The best moment came when Tyler Joseph ran up the stairs and sung after jumping on top of the rails in the section. He had everyone singing along to “Car Radio” like there was no tomorrow.

Alabama Shakes– There is no doubt that Brittany Howard’s soulful voice can captivate the harshest of critics. All she needs are her green electric guitar and a microphone to keep you intrigued. The biggest highlight was when she was singing “Don’t Wanna Fight” and the whole arena filled with her powerful voice screaming “I don’t wanna fight no more!” They came, they shook, they left.

Walk the Moon– This is a band that is simply here to have fun and to make everyone around do the same. I don’t think people stopped moving the whole set, as if it were an 80s dance party. While we had a blast singing along to radio smashes “Shut Up and Dance,” “Tightrope,” and “Different Colors,” the highlight came before starting “Anna Sun”. Nicholas Patricca stated that the first time they heard the song on the radio they were at a gas station in Seattle. They thanked the End for all their support in the beginning and for playing “Anna Sun”.

Cage the Elephant– Going on after the Twenty One Pilots set would be a little unfair for any other band, but not Cage. Right off the bat, Matt Shultz brought his best game and jumped into the crown within seconds. I would like to request for his management to get him a wireless microphone as it would make it a lot easier during the show. Plus you wouldn’t need two people on stage running around trying to keep up with him, which seemed hard enough. They are always such a riot live and I really enjoy the band, and getting to hear a couple of new songs was a plus. Best moment was probably “Cigarette Daydream,” not only because it’s my favorite song of theirs but because during the performance the whole Key Arena lit up with everyone’s cell phones, bringing a unique atmosphere to the venue.

The event ran smoothly, with no major delays and very quick set changes. I can’t wait until next year to see what new band I’ll discover or enjoy even more. The fact that the End puts on such a large show for the fans is incredible, and I hope it never ends (pun intended).