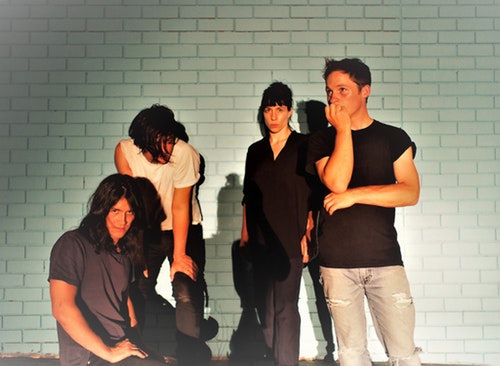 There’s an inherent flaw in the perennially alternating “rock is back” and “rock is dead” arguments: they are based on the idea that rock music is a logic-based choice a person consciously chooses to make. Contrary to the critics who are looking to suss out cultural trends and movements (but have never actually lifted a greasy bass cab onto a stage in order to entertain a couple dozen people), the decision to play loud, distorted, unabashed guitar-rock isn’t a strategic move but a higher calling (or curse, depending on one’s point of view). Some might say the pursuit of rocking out via deafening amplifiers, crusty drums and a beer-battered PA is a spiritual one, an affliction that either strikes or doesn’t. Few groups today embody this sentiment like Melbourne’s aptly-named Deaf Wish.

They’re more likely to ask a fellow musician what they do for their “real” job (for one, guitarist Jensen Tjhung works as a builder) than talk shop about publicists, ticket counts and online promotions. They’re a grisly rock group and they’ve already signed to Sub Pop, which is to say they’ve already succeeded beyond their wildest dreams, so anything that comes after (performing in strange new cities, meeting like-minded souls, maybe even selling a t-shirt or two) is a bonus. And if they come to your town, you would be wise to clear your calendar: “I’ve started pouring a can of beer on my head every show. If that ain’t worth five bucks then I’m quitting show biz for good,” promises Tjhung.

Tickets to the band’s performance at the Highline in Seattle can be found here.