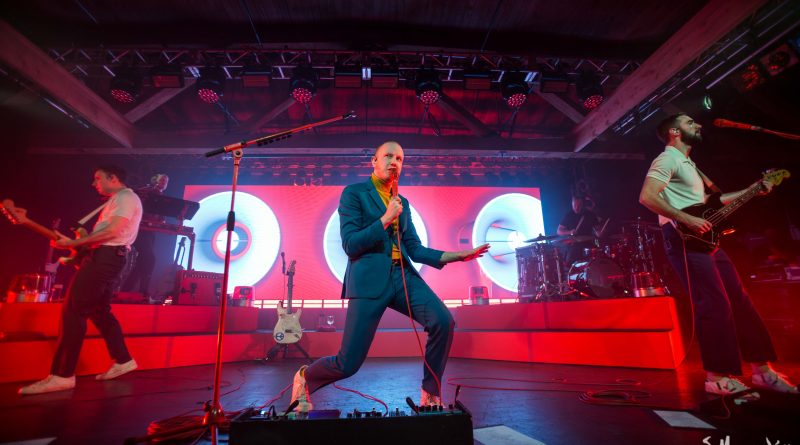 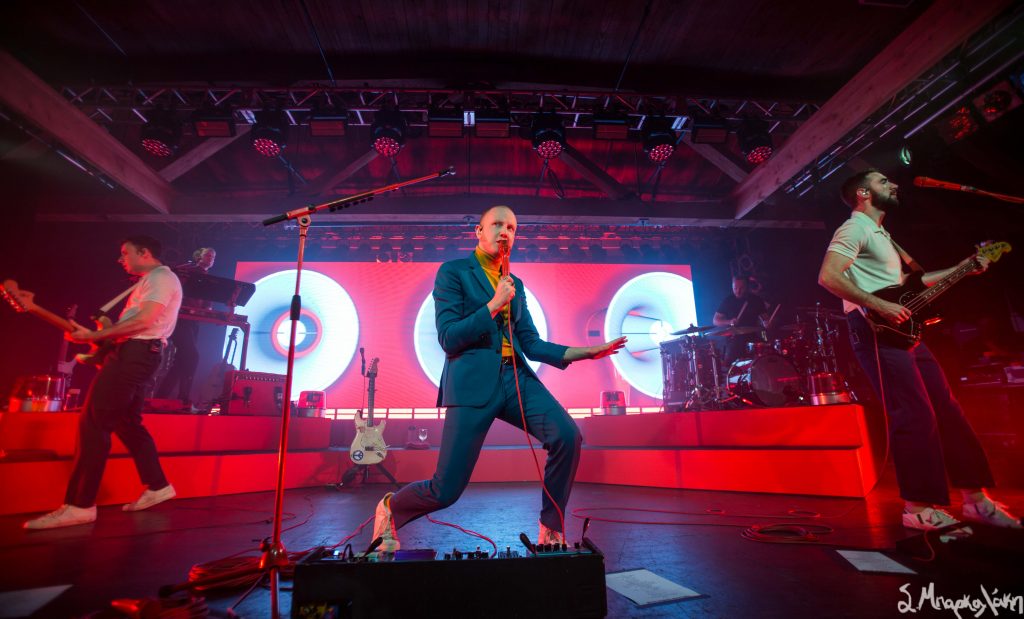 We headed to the Showbox SoDo on the first night of November to catch Two Door Cinema Club who are one of the most enjoyable live bands we’ve seen. It had been a few years since we caught one of their shows but with the release of their fourth album, False Alarm, it was time to reunite. The Irish band formed in 2007 and have steadily been building their fan base thanks to their contagious feel good energy and catchy tunes.

The stage was set up with a large LED monitor that took up all the background area along with a raised two stair platform for a couple of musician to take their place. When it was time for the show to start lead singer/guitarist Alex Trimble, bassist Sam Halliday, and guitarist Kevin Baird took the front part of the stage. Trimble was wearing a turquoise suit with an orange turtleneck and Halliday and Baird matched with white polo shirts and black pants. The theme of the stage seemed to be on the red side as the mic stands, wires, and microphones were all breaking the habit of the normal black we’re used to most of the time. 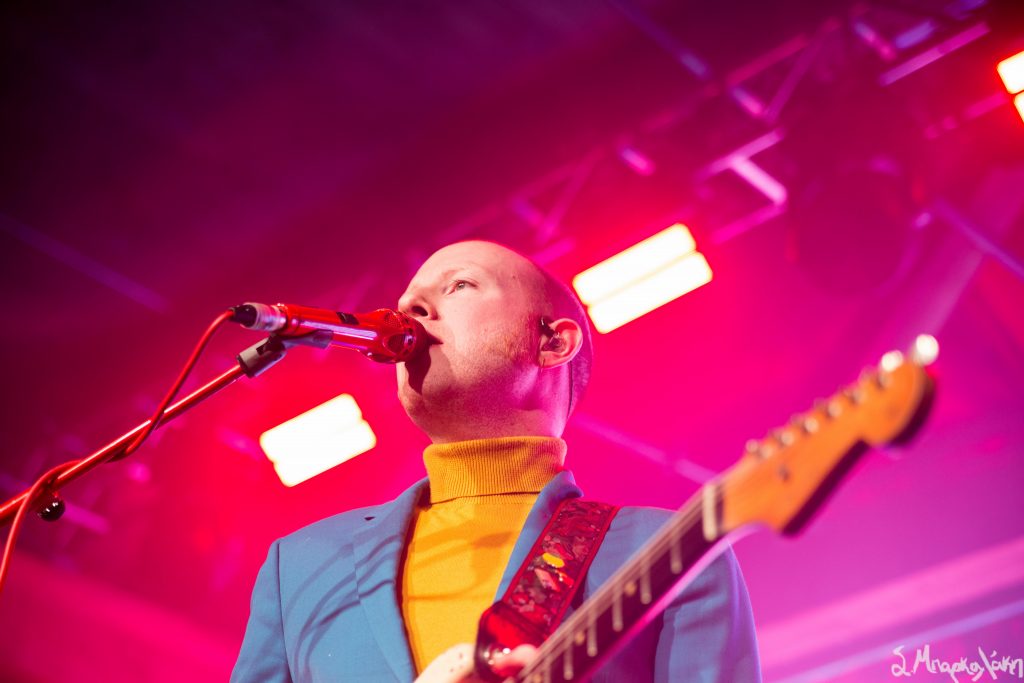 They started with new track, “Talk,” followed by popular “Undercover Martyn,” and “I Can Talk.” This got the crowd right into it as vivid projections displayed on the large screen behind them. Throughout the night the images would change to pair the song as the the band members moved around the floor. Trimble was engaging with the people as they carefully tried to listen and understand his Irish accent through the noise. It was a good mix of new and older songs as we got to listen and dance to some of the tracks that got us here in the first place. Highlights were “Next Year,” “Do You Want It All?” and “Are We Ready?”

As the night progressed you could tell that people were having a great time at the gig. This band is such a good way to just lighten up your mood and let loose for the duration they’re performing. Sometimes we all need those nights and this was one of them. There was not a single person there that didn’t move around during the song “What You Know,” that has the most memorable riff which was stuck for the next few days in our heads. The night ended on another high note with “Something Good Can Work” and “Sun.” These guys put on a spectacular show and we’re so glad we had the opportunity to see them perform again. 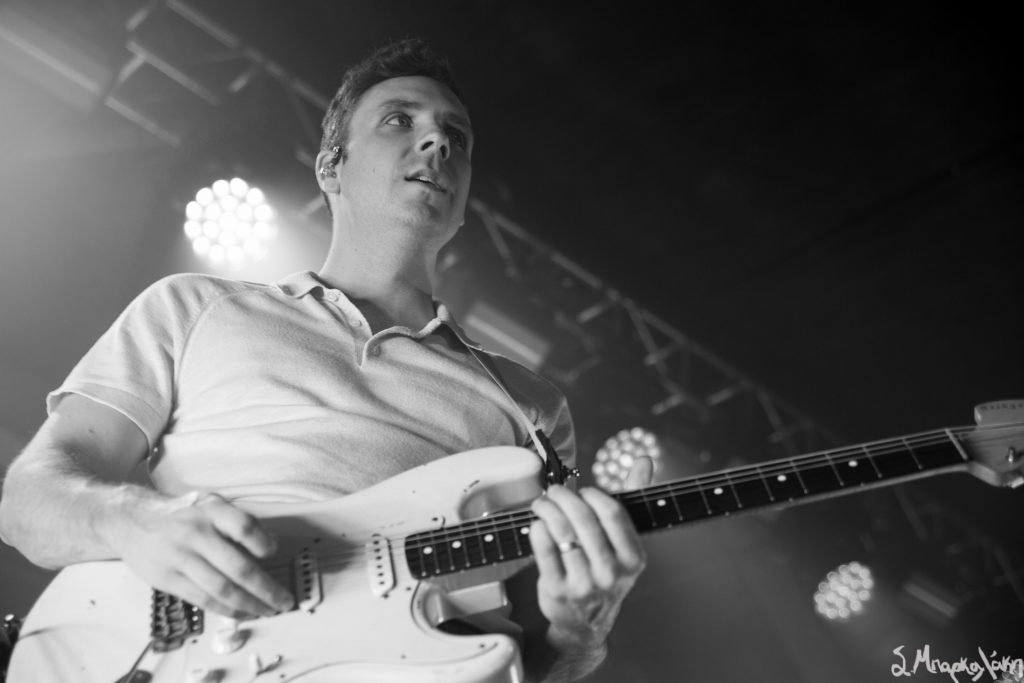