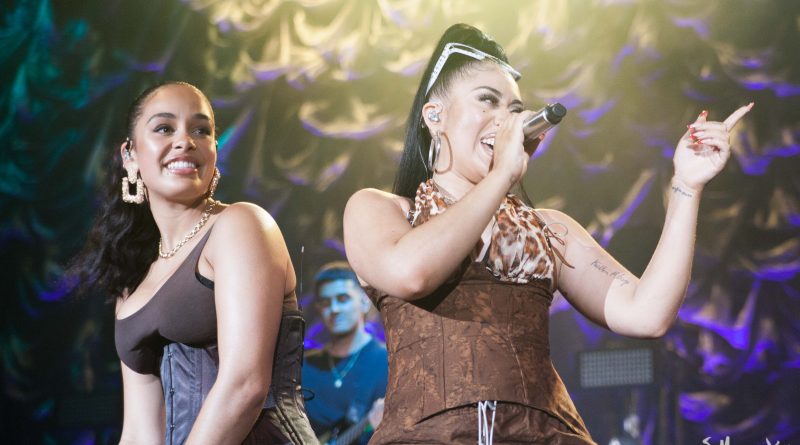 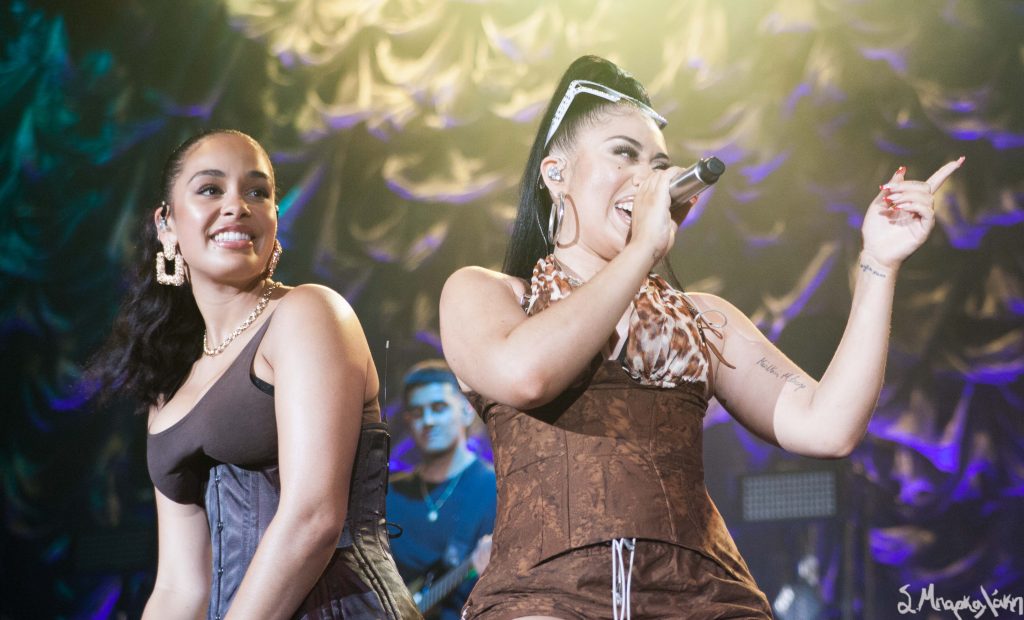 We don’t often get to witness two powerhouse performances in one night but that’s exactly what happened at WaMu Theater when rising stars Kali Uchis and Jorja Smith brought their The Kali & Jorja Tour to excited fans. Both sets were equality impressive and the joining forces tour further proves that both will be vital contributors in the next few years to the pop world. The well-organized production is already setting them up for larger arena shows which I’m sure will follow next for these young artists who have so much to offer.

Kali Uchis took the floor first playing songs from her debut album Isolation and 2015’s EP Por Vida. She has received widespread acclaim and has already collaborated with top artists in the industry. Uchis took the floor and completely owned every second of it with ease. The night included hits “Loner,” “Dead to Me,” “Just a Stranger,” and “Pobre diabla”, her collab with Don Omar. 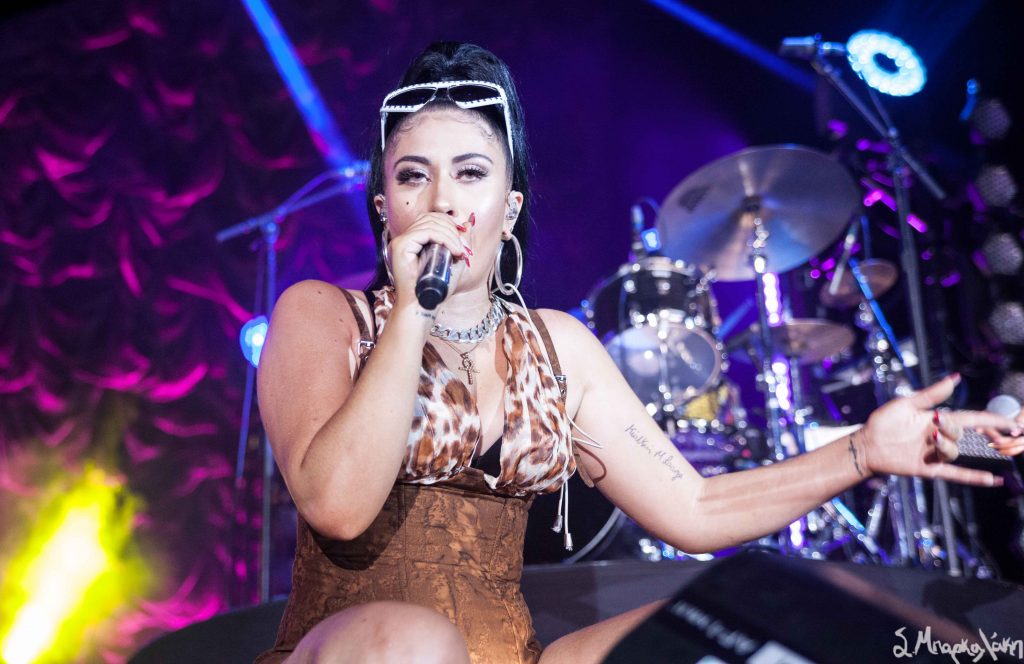 There was a white stairwell in the middle of the large stage that was also used to sit on a chair at the top and have it spin in circles. She interacted with the devoted crowd who didn’t miss their chance to show their love by singing along to her lyrics. “Your Teeth In My Neck” and “Nuestro Planeta” were crowd-pleasers as she paraded across the stage commanding the audience. Her set ended with her hit collaboration with Tyler, the Creator, “After The Storm, ” as she brought out a bottle of champagne and sprayed the people as she drank from it and introduced her lovely band.

There was a quick break to set up the stage for Smith, the most noticeable thing being the stairs being dismantled from the middle and shortly after it was time again for the lights to dim. The English singer-songwriter appeared onstage wearing black pants along with a black corset top, smiling at her fans. She started the night with songs “Teenage Fantasy,” “Where Did I Go?,” and “February 3rd,” as enchanted fans screamed her name.

The young star was nominated for a Grammy this year and won the Best British Female Artist at the Brit Awards which are testaments to the waves she’s creating in the short time she’s been around. Her debut album, Lost & Found, was released last year and she’s been touring ever since, quickly playing to larger audiences each run. Her voice pulls you right into her words and it’s easy to relate because she has written powerful songs about what gives most of us angst. 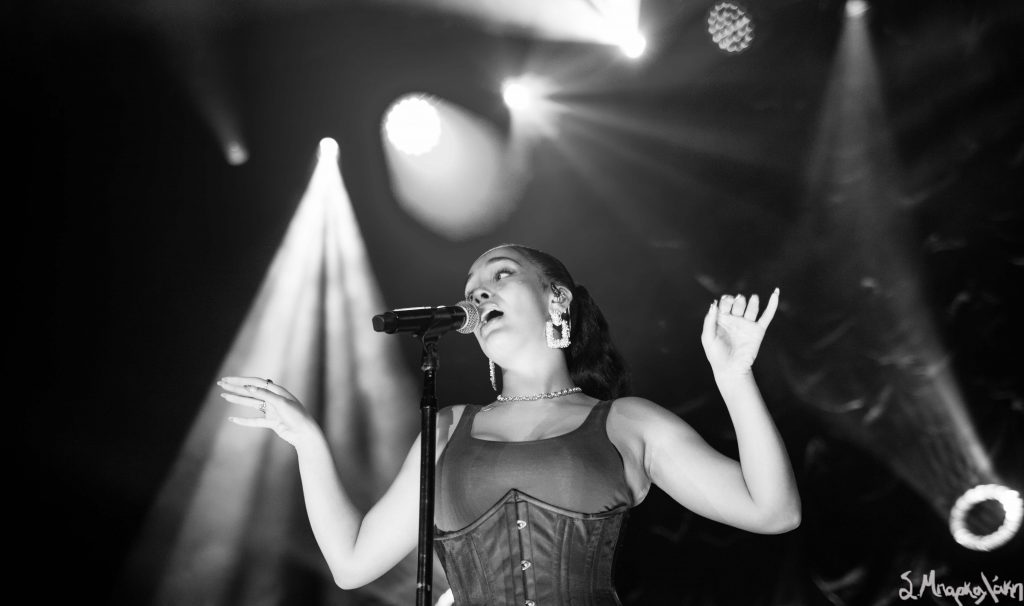 Her set closed out with hits “I Am,” “Blue Lights,” and “On My Mind,” that was the perfect way to end an amazing performance. The crowd was dancing around singing the words as she moved from side to side interacting with everyone. Even though Smith is young she clearly has a special effect on her fans and it’s easy to notice when you’re around one of her shows. It’s not a coincidence she’s gained so much momentum in such a short time and it feels well deserved.

The night was not over once Smith left the stage though. After a few minutes she returned and Uchis joined her for the highlight of the night for a medley. It included them channeling their inner Destiny’s Child with classic favorites, “Bills, Bills, Bills” and “Say My Name,” and closed out with their collaboration “Tyrant.” There was a lot of star power when they joined forces on stage together and their chemistry was an enjoyable way to end the night. 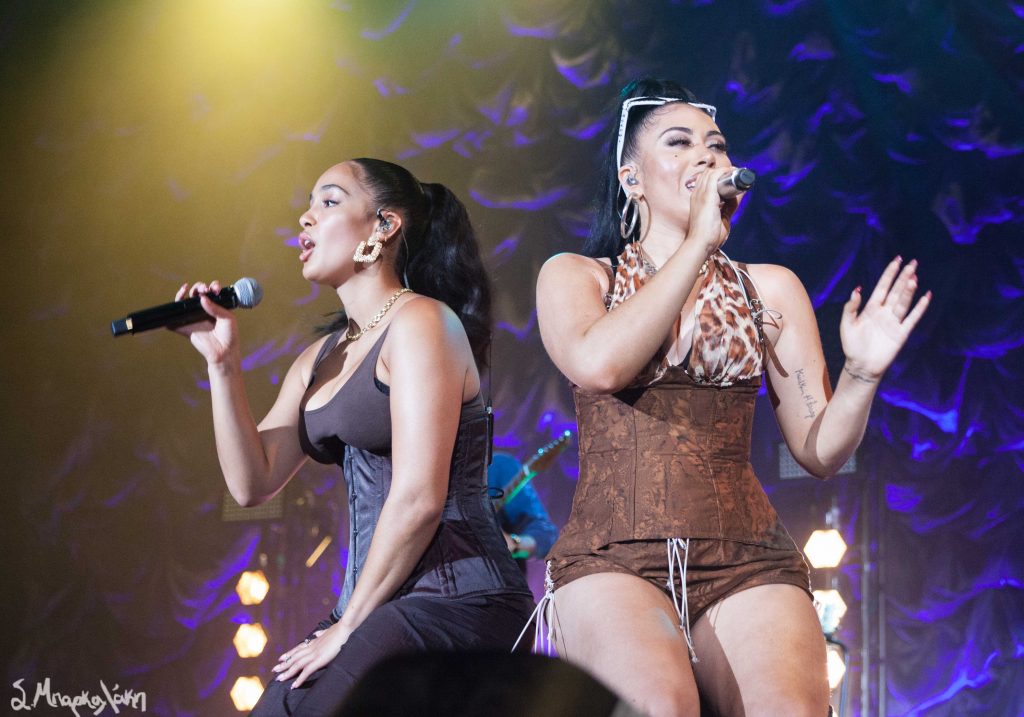