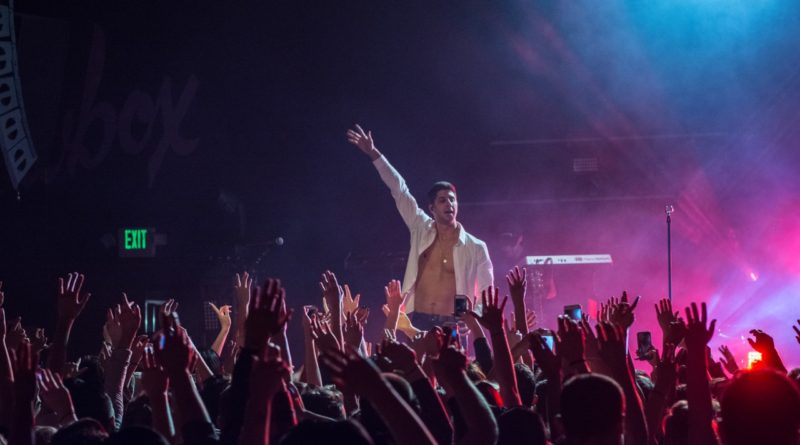 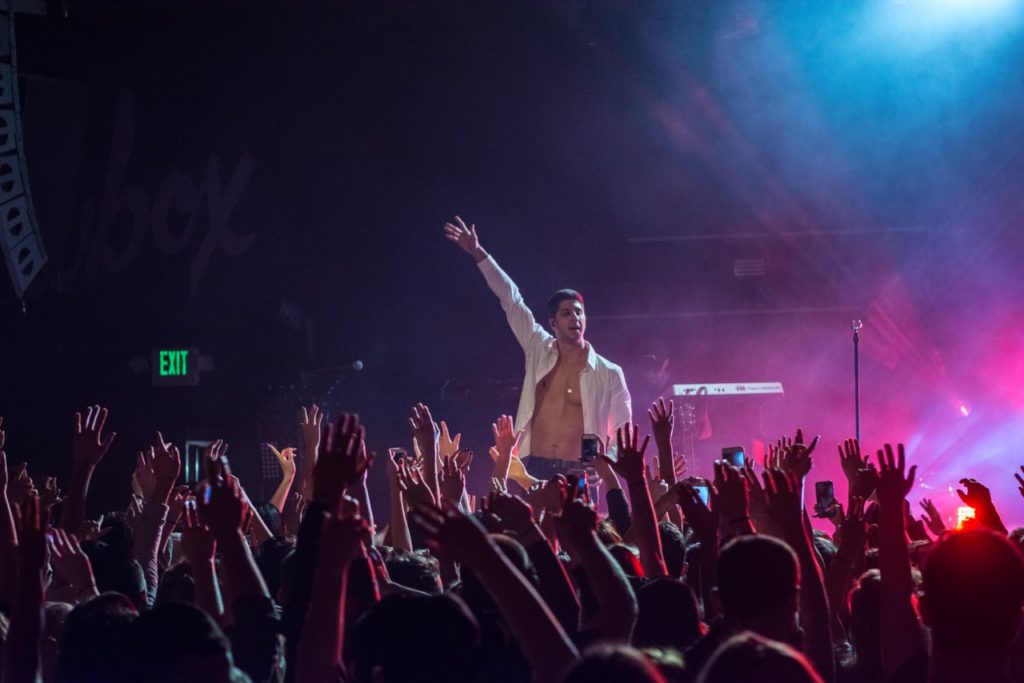 After starting his career on YouTube, Joseph Anthony Somers-Morales (aka SoMo), built up a large enough following to attract the attention of record labels, sign to Republic, tour multiple times, and release new music, all while continuing to post covers and new music on his YouTube channel. His Less Stress, More Love tour kicked off on November 1st and is making its way around the country, stopping at The Showbox in Seattle for an exciting Tuesday night.

The night opened up with Stanaj, a new R&B/soul-pop artist who filled his set with the few songs from his only EP, along with some new teasers for the crowd. I wasn’t expecting a lot honestly—he’s a newer artist, only four songs officially released, and his sound is the pretty standard stuff you hear on pop radio. However, I was very pleasantly surprised. He’s a great performer, and really pulls a crowd in. It’s rare to see an opener that manages to get the crowd excited enough about his or her performance that they’re screaming along and reaching out as if they were watching the headliner. The music itself was great in a live setting. Most with big bass drops and fun instrumentals, but a few especially emotional and passionate solo ones. Stanaj’s set was high above expectations, and a perfect start for the night.

After the dance party while the set was changed, SoMo’s touring band appeared on stage under dim and mysterious lighting. Just in time to sing the opening lyrics of his first song, SoMo ran on stage amidst the loud cheers from all of the crowd. His set continued with all of his tracks with lyrics about girls, sex, and love as his fans eagerly shouted along and reached out trying to touch him. After he reached down multiple times to hold hands with loving fans, a few girls even got lucky enough to join him on stage. Mid-song, SoMo looked over the crowd and asked “Who’s going to come up here and dance with me,” to which the crowd responded with a volume of screaming that probably left ears ringing for days. After selecting a few excited girls from the front of the crowd, security guards pulled them over the barricade, and helped them jump on stage with him. The group partied in front of fans for the remainder of the Justin Bieber cover to conclude the first part of SoMo’s performance. 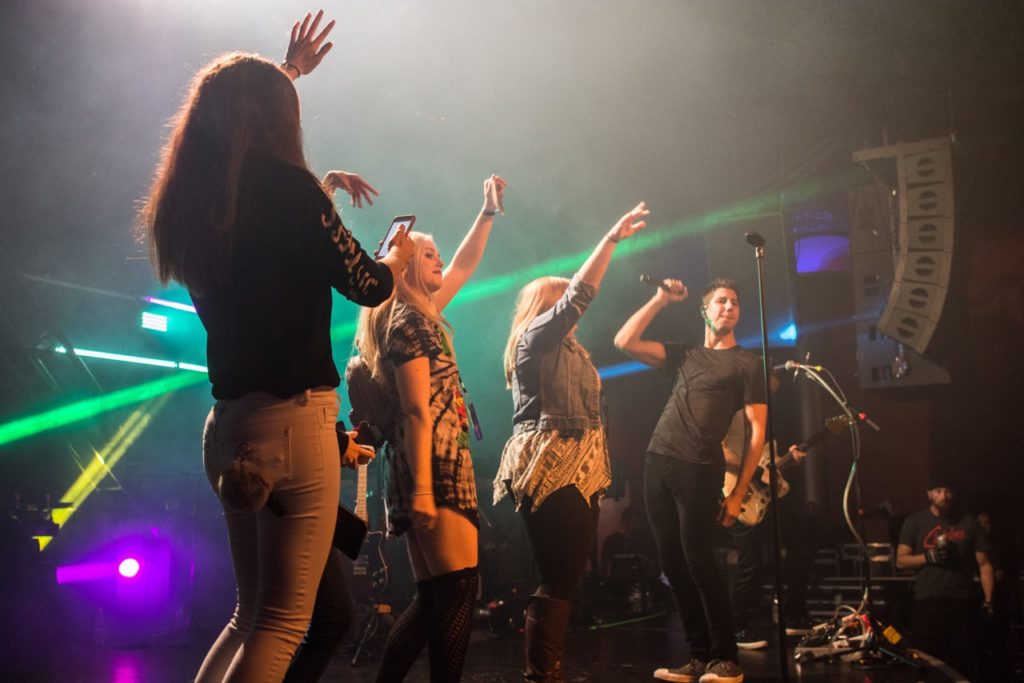 After a quick break for an outfit change and enough time to help the girls climb back to their spots behind the barricade, SoMo ran back out dressed in a black button down shirt. After this point, the feel of the remainder of the night can be summed up with his lyrics, “we can make love, or we can just fuck,” which were, of course, passionately shouted back by the crowd as SoMo danced around the stage. His set concluded with more of his energetic tracks and screaming fangirls. During one of his final songs, he decided to unbutton and take off his shirt mid song, and I’m sure half the crowd went completely deaf for a good minute or two among all the cheering. 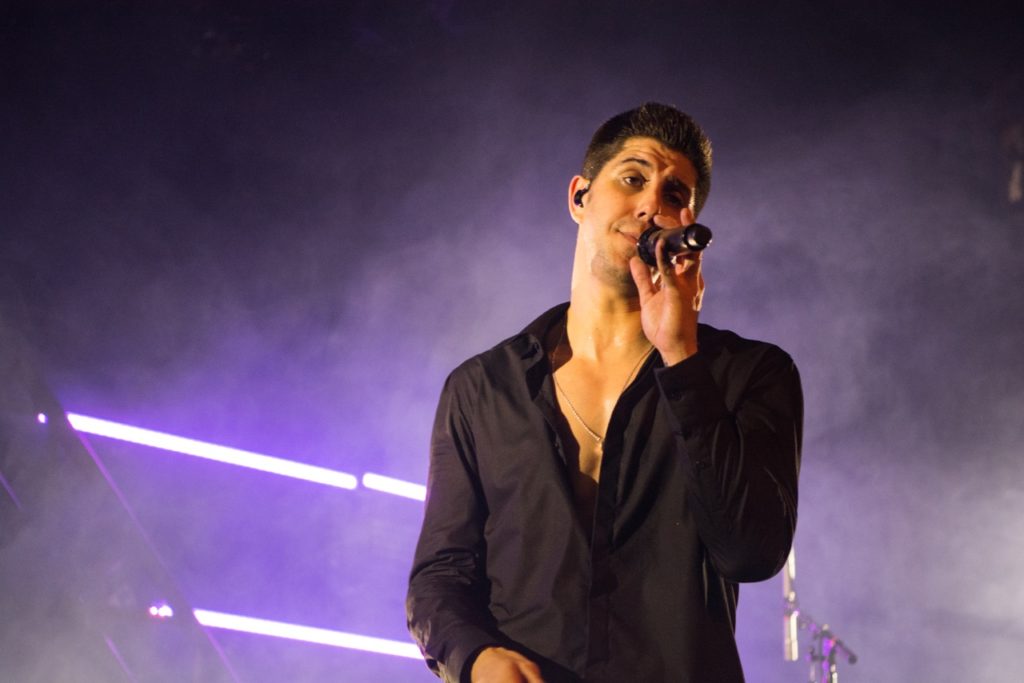 Running back out for his encore, now in a white button down, SoMo finished his show standing on the barricade, shirt open, holding hands with fans, and performing his final songs. Those last few tracks, including the popular ones such as “Ride,” got all the phones out and all the hands in the air for a perfect end to a pretty fun night. 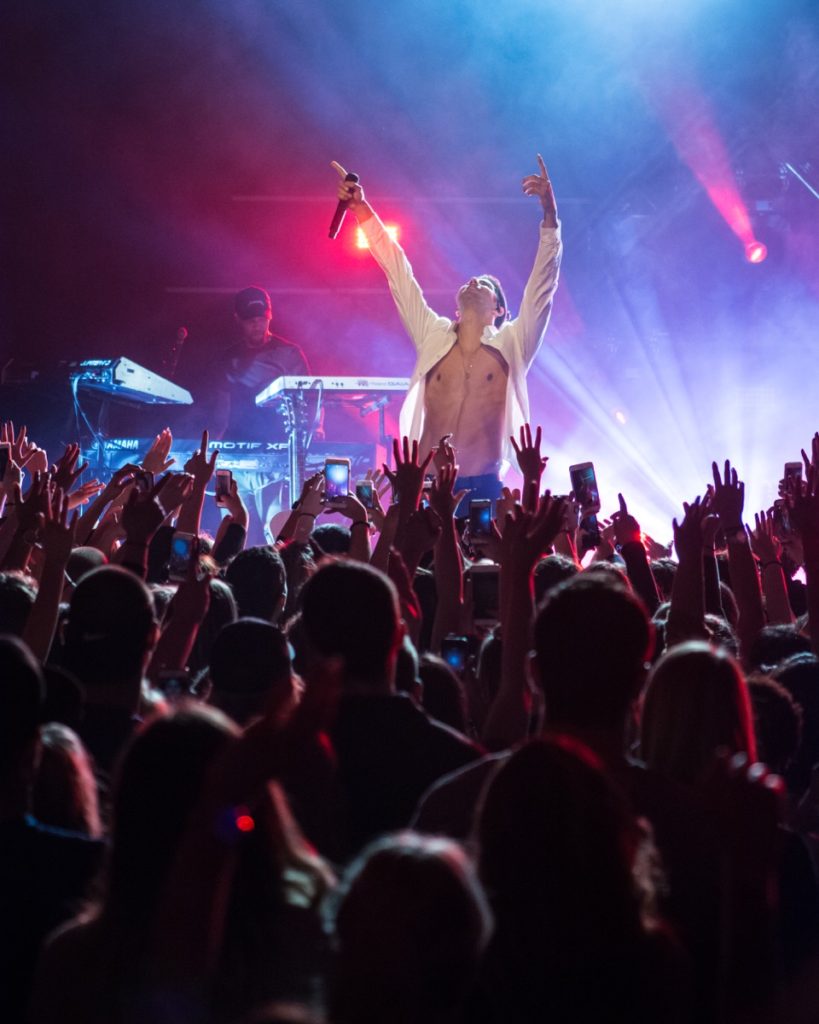 The SoMo show was undoubtedly filled with great performances. Stanaj set the bar high for the night with an energetic and enticing performance. SoMo capped it off nicely however, with a fan base that’s deeply in love with him screaming along all night, and a performance that proves he loves them just as much.