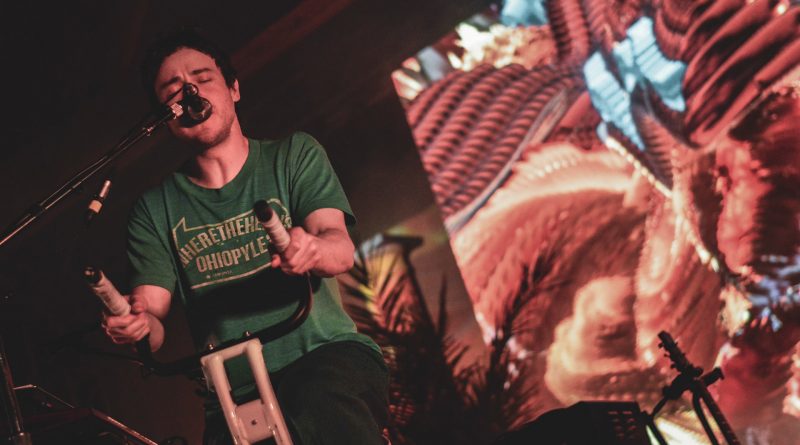 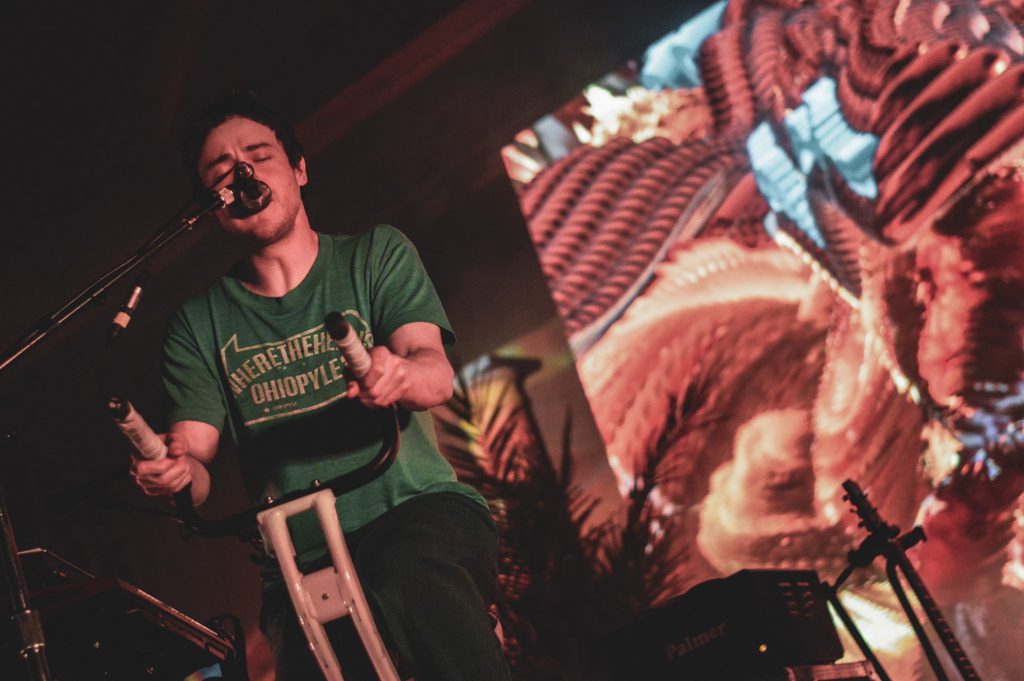 The weather on May 12th in Seattle was pleasantly warm, the sky was a beautiful, vivid blue, and the sun graced the city with its warm presence. What could have made such a rarely beautiful day better than it already was? A sold out MGMT concert at the Showbox SoDo definitely did the trick. The synth-pop duo recently spent the weekend in Seattle, their Saturday show being the first of two, and their charismatic performance was an absolute delight through and through.

After many years of musical hiatus, MGMT released their highly awaited fourth album in 2018, entitled Little Dark Age. Its darkly lush musical soundscape was the show’s main focus, but old favorites such as “Congratulations” and “Electric Feel” were pulled out throughout the set, contenting fans new and old.

Before diving too deeply into MGMT’s performance, it wouldn’t be fair to not recognize the talents of their opener, Molly Nilsson. From the very start, it was clear to see why the duo asked her to tour with them, for her DIY synth-pop sound was right up their alley. With a Karen Carpenter-esque voice, a charmingly nonchalant attitude, and ridiculously catchy tunes, it’s safe to say that Nilsson walked off the stage with a plethora of new fans.

It was clear by the stationary exercise bike that was pulled out as the house lights dimmed that MGMT would open their set with the first song off of Little Dark Age, “She Works Out Too Much.” Lead singer Andrew Vanwyngarden hopped on the bike and pedaled away as he sang, giving a first glimpse of the band’s odd yet entertaining sense of humor.

There were little to no stops in MGMT’s performance; they just cranked out hit after hit without conversing with the audience. This actually aided in creating the hazy, psychedelic atmosphere that the night brought about, the visually stunning and ever changing backdrop also contributing. 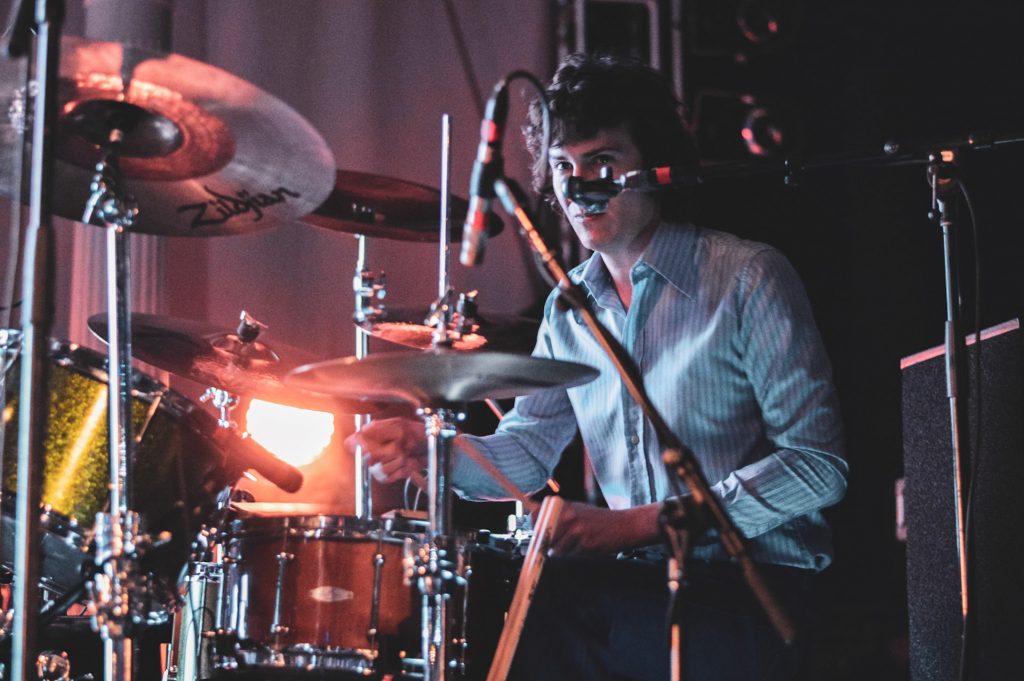 The songs off Little Dark Age sound fantastic as studio recordings, but seemed to come to life even further when played live. Particularly tracks like “Me and Michael” and “When You Die” sounded extra spectacular booming out of the Showbox SoDo’s speakers, accompanied by hundreds of fans singing along. The crowd went even more wild when MGMT’s most popular tracks, “Time to Pretend” and “Kids” began to play. Those singles came out over a decade ago, but by the way that fans reacted, you’d think that they had come out yesterday.

MGMT ended their set with a three song encore, which consisted of the previously mentioned “Kids” and “Congratulations,” and also with the slow and sentimental “When You’re Small,” sung by Ben Goldwasser on a tiny grand piano. 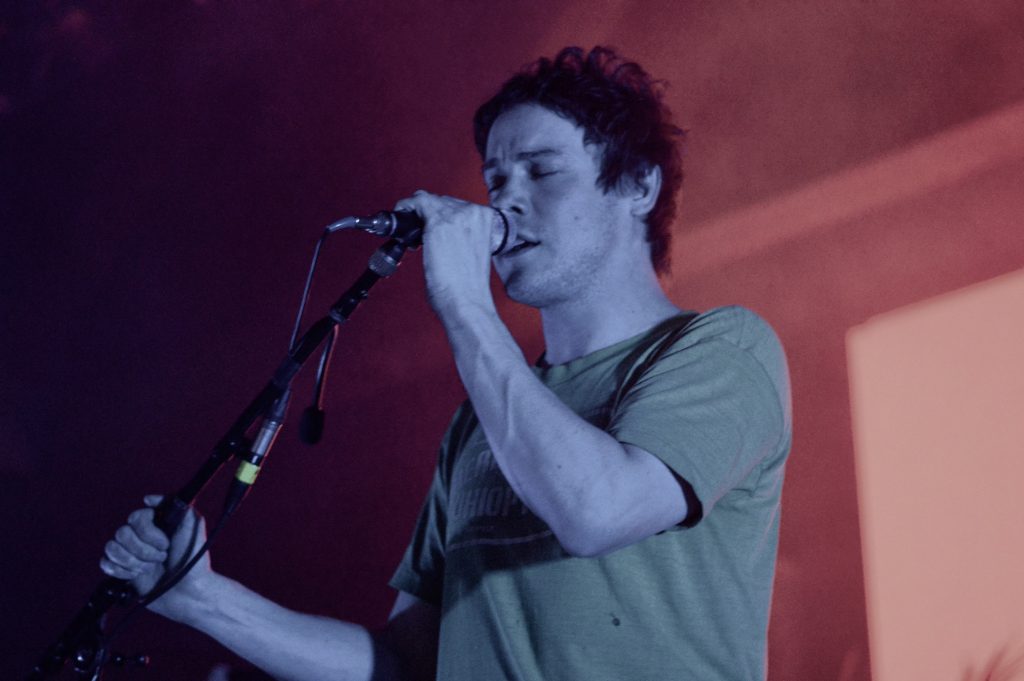 As sweaty, glitter-clad fans exited the venue after the set, the pure joy and excitement radiating off of everyone made it apparent that MGMT succeeded in producing a memorable night of stellar music and showmanship.