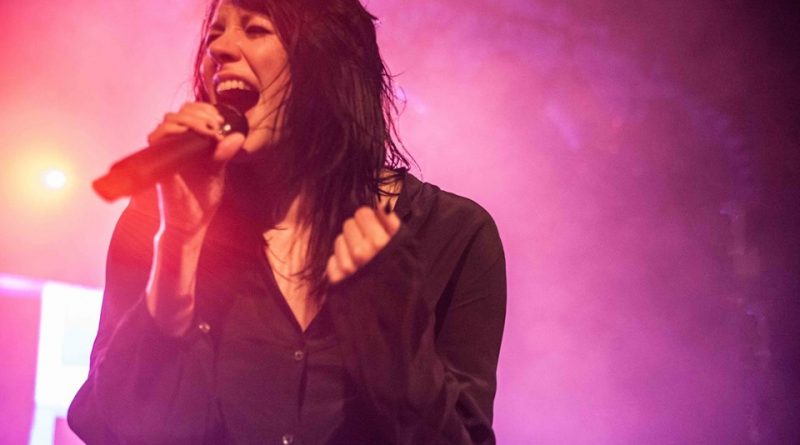 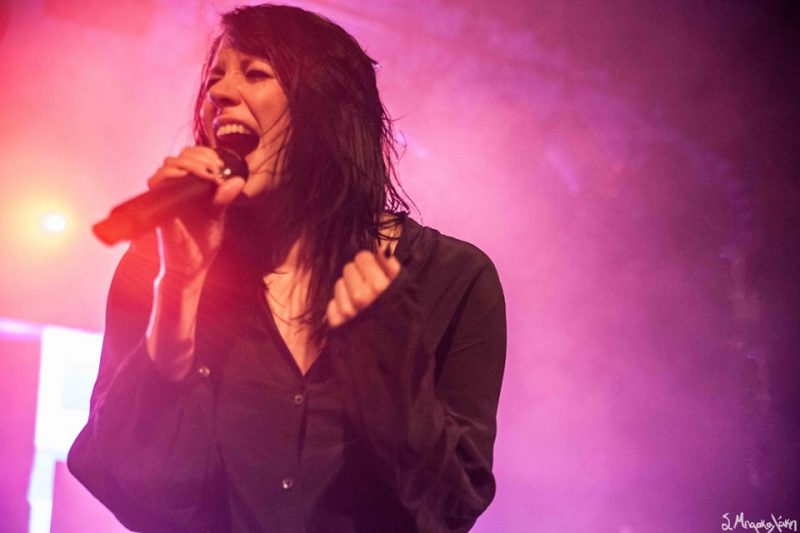 A few nights ago we headed down to the Showbox Market to check out one of the most anticipated shows coming through town in January. Our friends over at 107.7 The End were hosting the event bringing one of the most up and coming artists over the past year. K.Flay has been steadily climbing the ladder in the music world, gaining fans and followers wherever she goes and it’s not a coincidence. Her sophomore record, Every Where is Some Where, was nominated for two Grammy Awards this year.

The night began with Sir Sly, another band supported by The End since they started off. The trio which formed in LA, achieved popular status after their release “Gold” became one of the most recognized songs of 2013. It’s rare to see a venue packed before the headliner but that’s exactly what happened tonight. Fans showed their support of the band by coming earlier and singing along. Lead singer Landon Jacobs danced around in the middle of the floor, keyboardist Jason Suwito was to his right, and drummer Hayden Coplen sat on his left. The stage was occupied by a large light box in the shape of a brain that changed colors during their set. The audience was enthusiastic and enjoyed their set with songs, “High,” “Trippin’,” and “Ghost,” creating top highlights.

A little past 10 the lights went out in the sold out room and three musicians walked on stage taking their spots, then seconds later K.Flay joined them starting the night off with “Make Me Fade.” Wearing all black with maroon Dr.Martens she stood confident and in control, captivating the concert goers. The stage was mostly cleared as she moved around throughout the night providing countless amounts of hair flips and contagious dance moves. 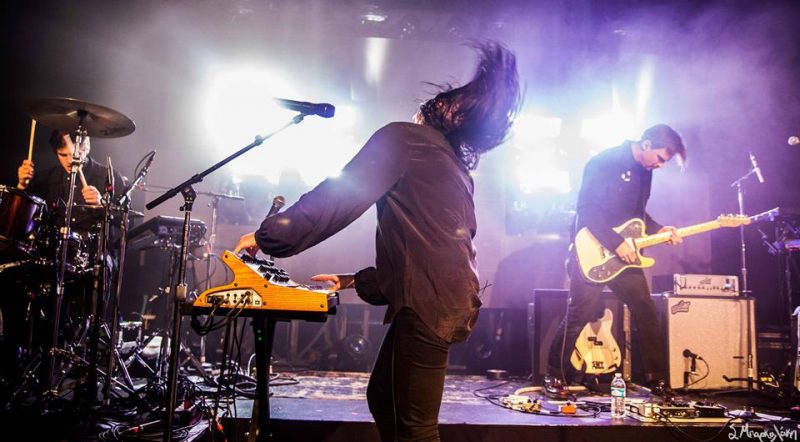 Her distinctive writing style powered by alternative hip-hop and indie, along with her magnetic performance left everyone infatuated with her.  The set had some low key moments with favorites “Hollywood Forever,” and “Mean It,” but also moments filled with exploding intensity with “Black Wave,” and hit “Blood in the Cut.” She also performed her more dance sounding collaboration with Louis the Child, “It’s Strange.”

A few songs into the show she grabbed her red solo cup and told us she was going to bring a couple of people to the stage. Two girls came up and seconds later one was proposing to another while the crowd cheered them on, joining in on their very special moment. After that K.Flay congratulated them on their engagement, and continued, “Here’s to all the crazy bastards who aren’t in love!” 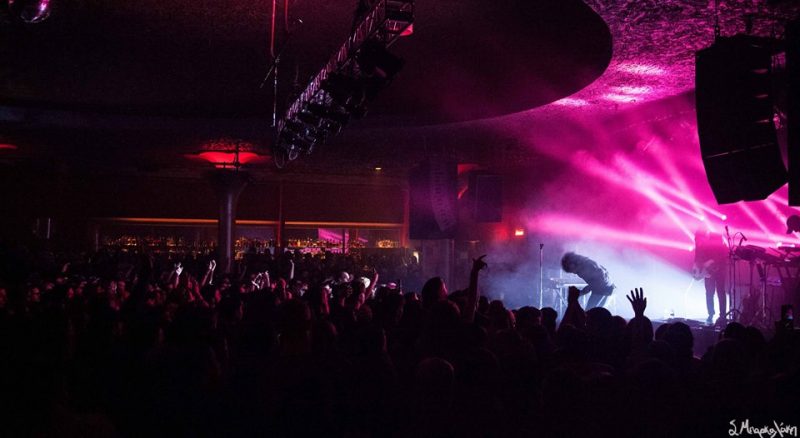 This is an artist you want to keep an eye on, she’s just getting started and we can’t wait to see where she goes next. It is hard to stand out with so many musicians around these days but it’s impossible not to be absolutely enchanted by her music and demanding stage presence.