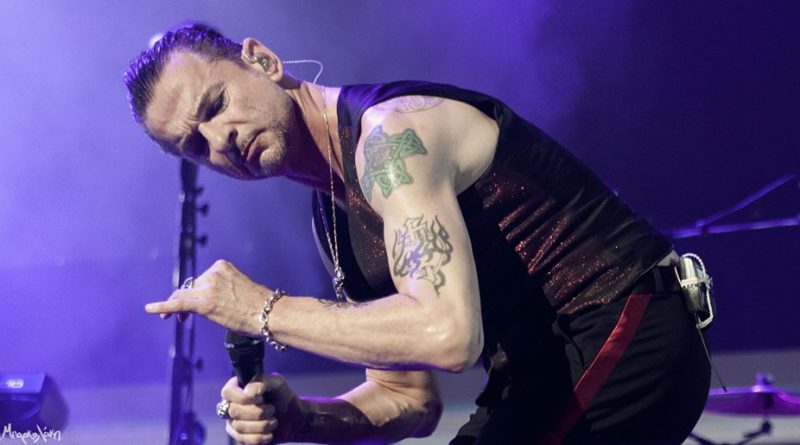 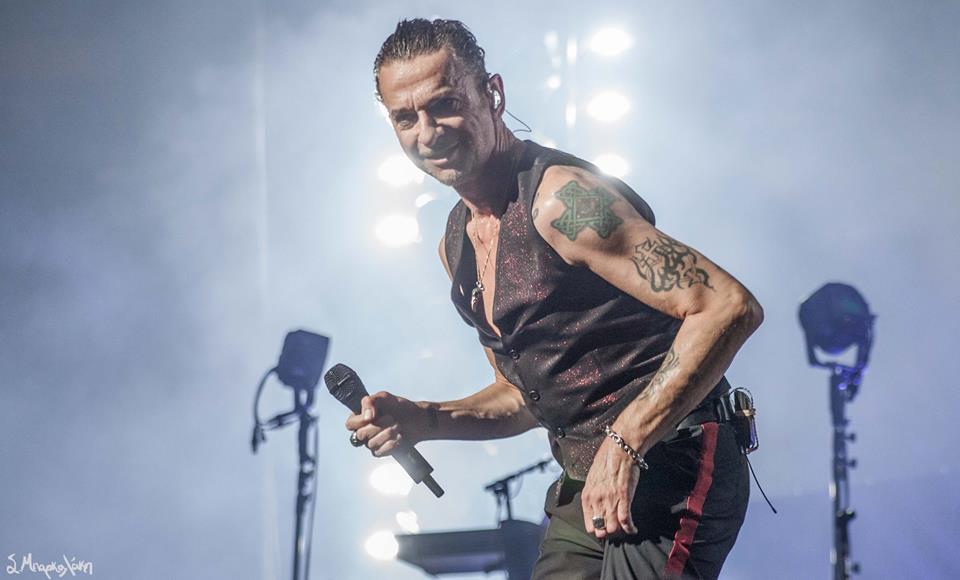 We were thrilled to head to the Key Arena on this rainy day as it brought us a live performance by legendary synth-rock band Depeche Mode. This was their first performance in Seattle since 2009 and the sold out venue was proof to show that fans were eager to see them. The band, currently on tour with their fourteenth studio album Spirit, brought one of the best performances so far this year.

The night opened with Warpaint, another great indie rock band that we can’t get enough of. Heads Up, their third record, was released last year and the four-piece group have been steadily climbing the ladder. What really helps the act stand out is their multi-layered vocal harmonies, switching leads, soothing sounds, and a great live performance. They used a lot of back lighting keeping the mood mysterious and a few window shaped dividers as their background. They’ve come a long way since the first time we saw them open for The xx in 2010. 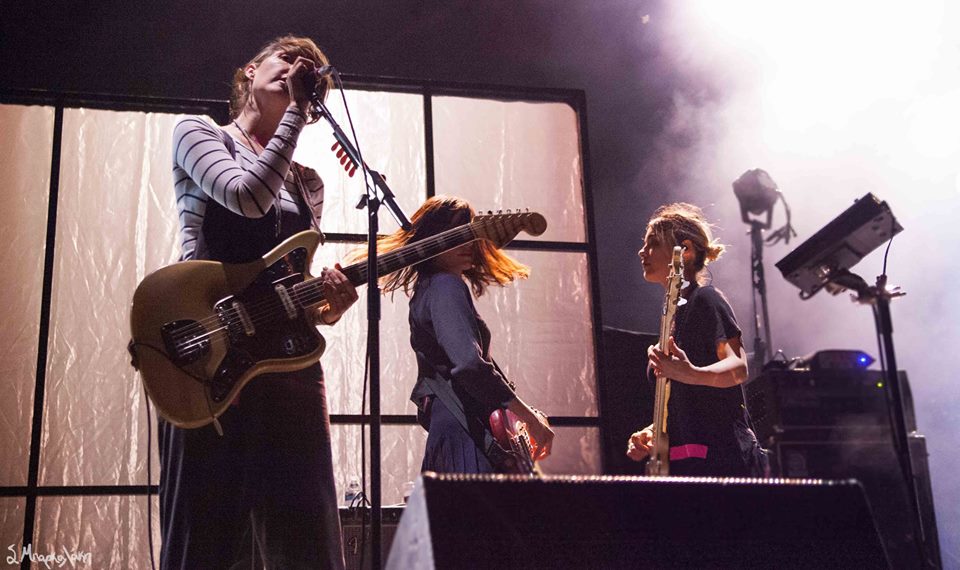 The floor was cleared quickly and at 8:45 sharp the British legends jumped on stage opening with “Going Backwards,” in front of a splatter-art video backdrop. Lead singer Dave Gahan appeared on an elevated platform wearing black sunglasses, a red blazer and shoes, black pants, and his signature vest. After the first chorus he ran down leaving the glasses behind, taking the center of the stage. Guitarist/keyboardist Martin Gore stood to his right while Andrew Fletcher and the two touring members were behind them on an elevated platform. They make it a very strong point that they are not a legacy band who is here to play only your favorites. They still create music they feel passionate about and they make sure you hear them. At age 55, Gahan can give anyone in their 20s lessons on how to completely dominate the floor, amazing with every step he took. He’s not slowing down at all, he spins, he struts, he grabs his crotch, he teases, he captivates and he is enjoying every second. So do you. 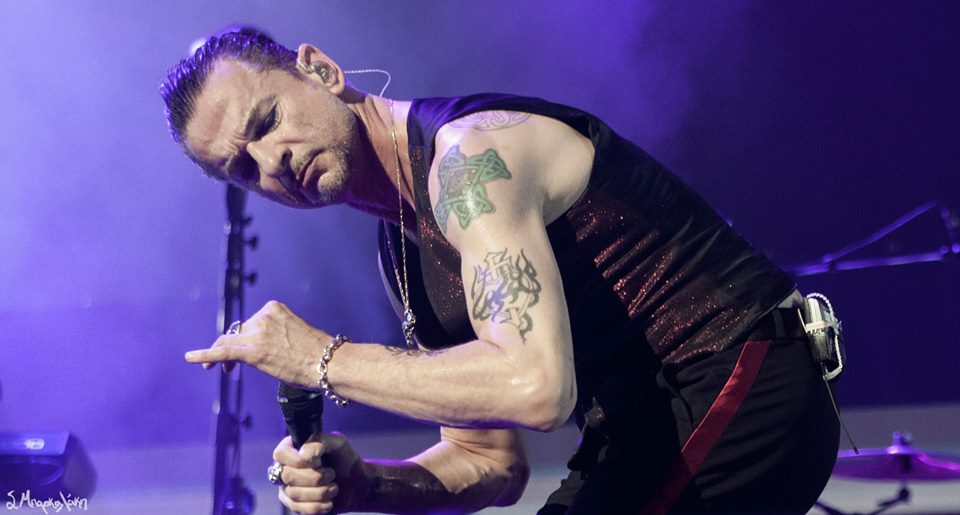 With such a huge catalog to choose from I believe that their choices were good with the setlist. Of course many people would prefer to hear older classics in place of the newer tunes but sometimes you just have to take what you can get. Gahan did not stop moving around the huge space that surrounded him constantly engaging with the crowd. He never asks for your attention, he demands it in every step he takes and you willingly give it to him. There was a small catwalk to the left of the stage that he and Gore used a few times throughout the show. Gore graced us with his beautiful soulful voice for “A Question of Lust,” and “Home,” showing the variety in emotions that the band has to offer. I truly believe that Gore is one of the best songwriters from the last 35 years, and not many will be able to deny this. The main set built up to a breathtaking favorite, “Enjoy the Silence,” and ended with the most raw performance with “Never Let Me Down Again.” 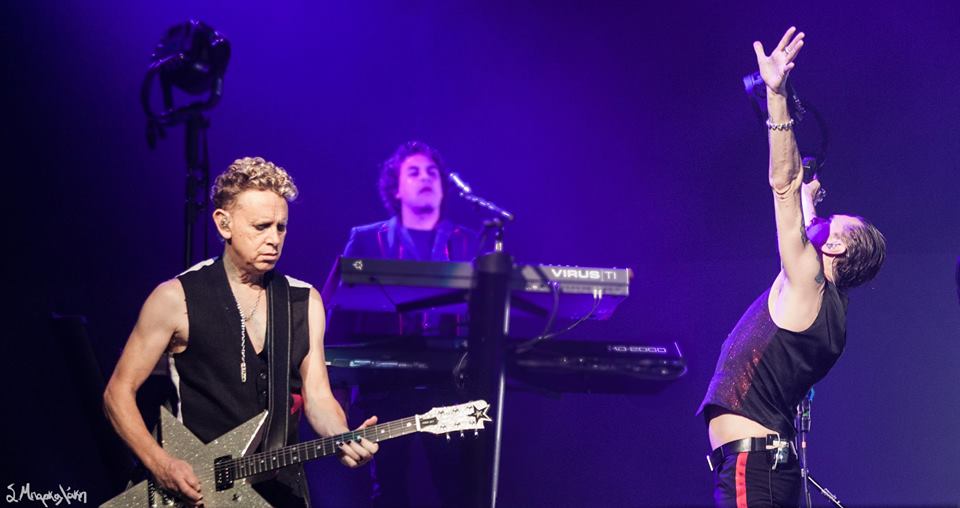 Gore returned alone onstage with their keyboardist and started the encore with 1984’s “Somebody,” from Some Great Reward, that many diehard fans enjoyed. Then Gahan, Fletcher, and their drummer joined for an explosive performance of “Walking in My Shoes,” that left us with goose bumps. The band also covered David Bowie‘s “Heroes,” before finishing the night with “I Feel You,” and “Personal Jesus.” Seeing DM live again was such a great reward and there is no doubt why these guys have lasted in the music world. You can’t help but have the utmost respect for them, constantly finding ways to create new ideas but also holding on to what made them unique back when they first started.