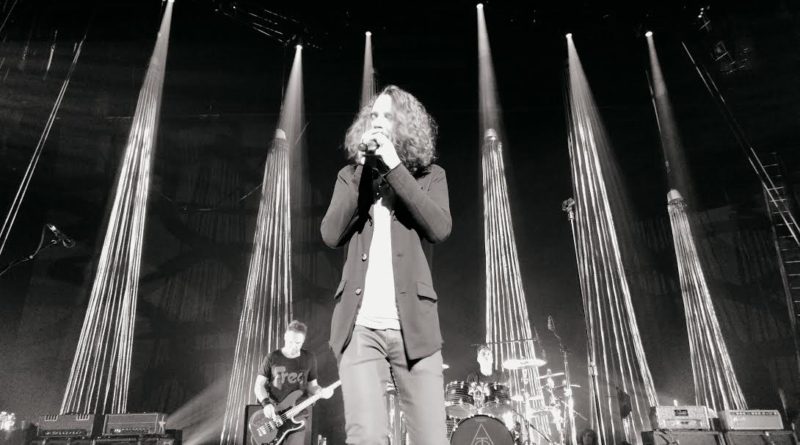 On Sunday, October 7 Vicky Cornell and the Museum of Pop Culture (MoPOP) will celebrate Seattle’s son, music icon and late Grammy® Award-winning singer/songwriterChris Cornell with the public unveiling of a commemorative statue. Following the unveiling, footage of Soundgarden’s performance at The Wiltern, captured by the Artist Den, will be screened inside MoPOP’s Sky Church.

Since announcing plans for the statue, MoPOP and the Cornell family have received an overwhelming response from the community wanting to honor Chris’ life. The decision was made to move the statue unveiling from Wednesday, August 29 to Sunday, October 7 to accommodate crowds.

The life-size bronze statue was commissioned and donated to MoPOP by the late musician’s wife, Vicky Cornell. The statue sculpted by artist Nick Marras showcases the rock legend in one of his iconic poses with his signature boots, dog tag, layers and long locks.

“As an artist, my husband was not only one of the greatest voices in rock history but also one of the greatest and most prolific poets of his time- his contribution to music birthed a movement that would leave an indelible mark on popular music forever.  It only makes sense that I donate this statue to MoPOP with their dedication to the ideas and risk-taking that fuel contemporary popular culture,” said Vicky Cornell. “Like my husband and his music, MoPOP reaches multi-generational audiences, and this is the perfect place where people near and far can come together to not only support the museum and its programs, but also celebrate the legacy that my husband left behind, not only in Seattle but around the world.”

“MoPOP is honored to receive this gift from Vicky Cornell and pay tribute to one of the most powerful and important voices in popular music,” says Jasen Emmons, Artistic Director at MoPOP. “MoPOP serves to celebrate the Seattle music scene and the luminaries who have emerged from the Northwest and Chris was a key figure who has made a lasting impact on generations worldwide.”