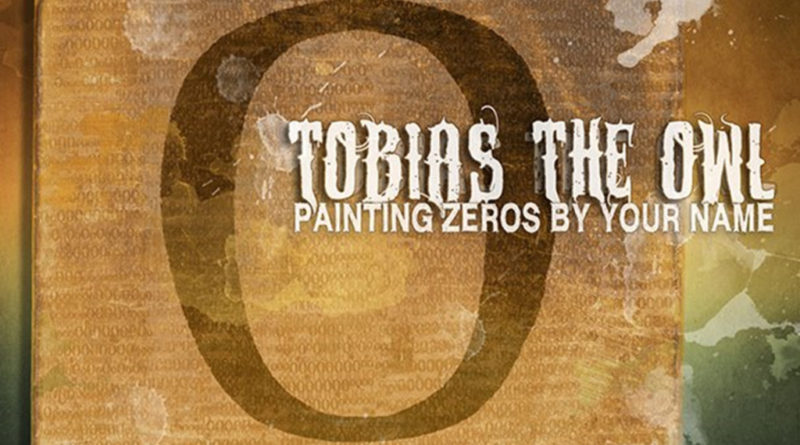 The band Tobias The Owl, got its name from a line in a Pavel Solivar poem, about a one-eyed owl who visits the home of a lonely musician. Hungry and unable to hunt, the owl begins to visit regularly for meals and keeps the musician company while he plays. The poem describes a moment when the musician decides to name the owl, stating: “Oh, Tobias, you see through the blindness, and in the cold of the darkness every eye that shines is a universe unto itself”.

Toronto native turned Seattleite Elijah Dhawan, spent years traveling throughout the Southwest and West Coast, absorbing influences of folk, bluegrass, indie rock and definitely the acoustic sound of the Pacific Northwest. Those travels helped forge a unique sound that has led to accolades such as Best Songwriter in the 2014 Seattle Sound Music Awards and Best Singer/Songwriter in the 2014 Toronto Independent Music Awards.

‘Painting Zeros By Your Name’ is an acoustic, indie-folk 6 track EP whose beautiful ballads mend the pain and heartache of one’s soul and gives the listener a sacred realization of what is really important in life. Released by London Tone Music with mixing and mastering by Geoff Ott, who has worked with a list of artists a mile long and the list has names like Melissa Etheridge, Brandi Carlile, Queens of the Stone Age, Alice in Chains, 3 Doors Down, Nickelback and Candlebox. The album was recorded at the legendary London Bridge Studio.

The term acoustic folk sometimes conjures up the thought of a singular person, one guitar and that’s about it. In this situation there are far more than one person and the instrument list far exceeds one guitar. Tobias The Owl used a full range of instruments to construct this fantastic album including the violin, cello, mandolin, drums, shaker and some great work on the piano, putting out a symphony of both sound and feelings that allow for subtle changes between the songs while playing a cat and mouse game of genre-bending.

The second song  on this release, “Low Life” which features Eric Haber, has a slightly country sound, while track 5 “And I Swayed” has the attitude and ambiance of the Led Zeppelin acoustic sound of the ‘70’s and features Phil Hirschi and Megan Larson.  There is some very soft backup on this album, most notably on track 3 “Mouse” which has beautiful harmony sung by Lauren Oglesby reinforcing the soul of the song.

‘Painting Zeros by Your Name’ succeeds because it doesn’t attempt to bury the crowd in noise, it cradles the heart, soul and mind of the listener provoking a very relaxing reaction.