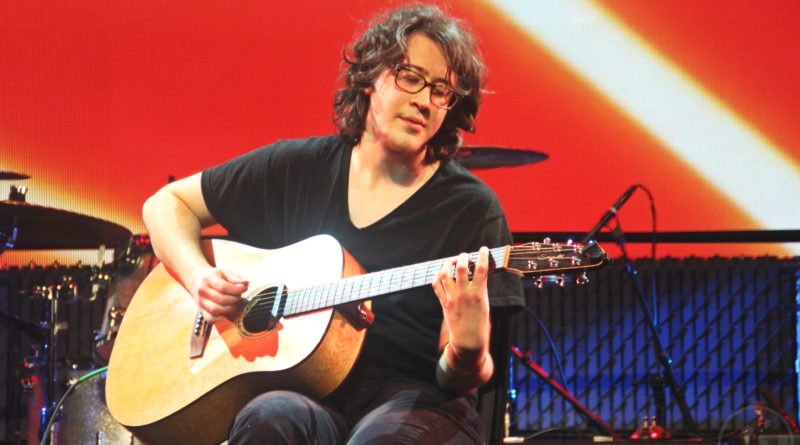 If you’ve spent anytime at all on this website or any of our social media pages, you probably know that some of us around here REALLY love the guitar and although we aren’t rockists and appreciate all forms of music, there is just something about the guitar that speaks to our souls. So naturally when Upstream Music Fest announced the Guitar Slinger competition we were pretty stoked to see how it would go. And just being totally honest, the battle of the bands style event is not exactly my favorite type of event. Too often it seems like a cash grab to see who can persuade the most family members into coming to a show and then watching them bail as soon as the family member leaves the stage.

Guitar Slinger was not one of these events though and of course since Paul Allen, who is a huge guitar fan had his hand in it, along with the team at Upstream, you knew it probably was going to good and it did not disappoint.

The evening was full of players from all across the spectrum, from acoustic blues and jazz, electric guitar shredding and even a steel guitar throw in the mix. Upstream also rolled out a special guest that we know pretty well around here, 20 year old Jason Kertson. It’s weird even saying that he’s 20 now, we’ve been following his career since he was 13 and certainly most people know him because of his viral video where he plays an incredible version of Andy McKee’s song “Drifting” using two guitars carefully balanced on his lap. The story goes that Jason got in trouble one day and headed to his room and in a few hours emerged with this trick, although once you’ve seen the video you quickly realize it’s not a trick and that he really is that good. So anyways, Jason rarely does the two-guitar thing in public, actually not sure he ever has before but he did it on stage at the Sky Church on Saturday night and promptly blew some minds. It was quite a treat!

Early on in the event I knew who the winner would be. As Samuel Orson took the stage he played with the guitar in his lap and tapped, poked and strummed his way into the hearts of the crowd. I thought he’d be tough to beat with that display until Nicky Vassallo strolled out and sat down center stage. From the first few notes it was clear that he’s an incredibly gifted player and most certainly has a bright future ahead of him. He ultimately won and while there were some other great guitarists, in my mind no one really came close to him. I think that’s about you can hope for in one of these battles is that someone comes out and just blows the doors off and proves he is worthy of the Guitar Slinger crown. Nicky did that and more and I can’t wait to catch his set at Upstream, oh yeah part of the killer prize package is a coveted spot on the Upstream lineup.

The night ended with Seattle guitar hero Ayron Jones and the Way owning the stage and while some of the crowd had left by that point, Ayron once again showed that he’s worthy of all the accolades that are coming his way. Check out more photos from Ayron’s set HERE.

All in all it was a well-produced, well-attended event with a stage full of ambitious guitar slingers trying to carve out their own little spot in the city that gave us arguably the best electric guitar player ever.

You can check out more photos from the event on Facebook HERE.