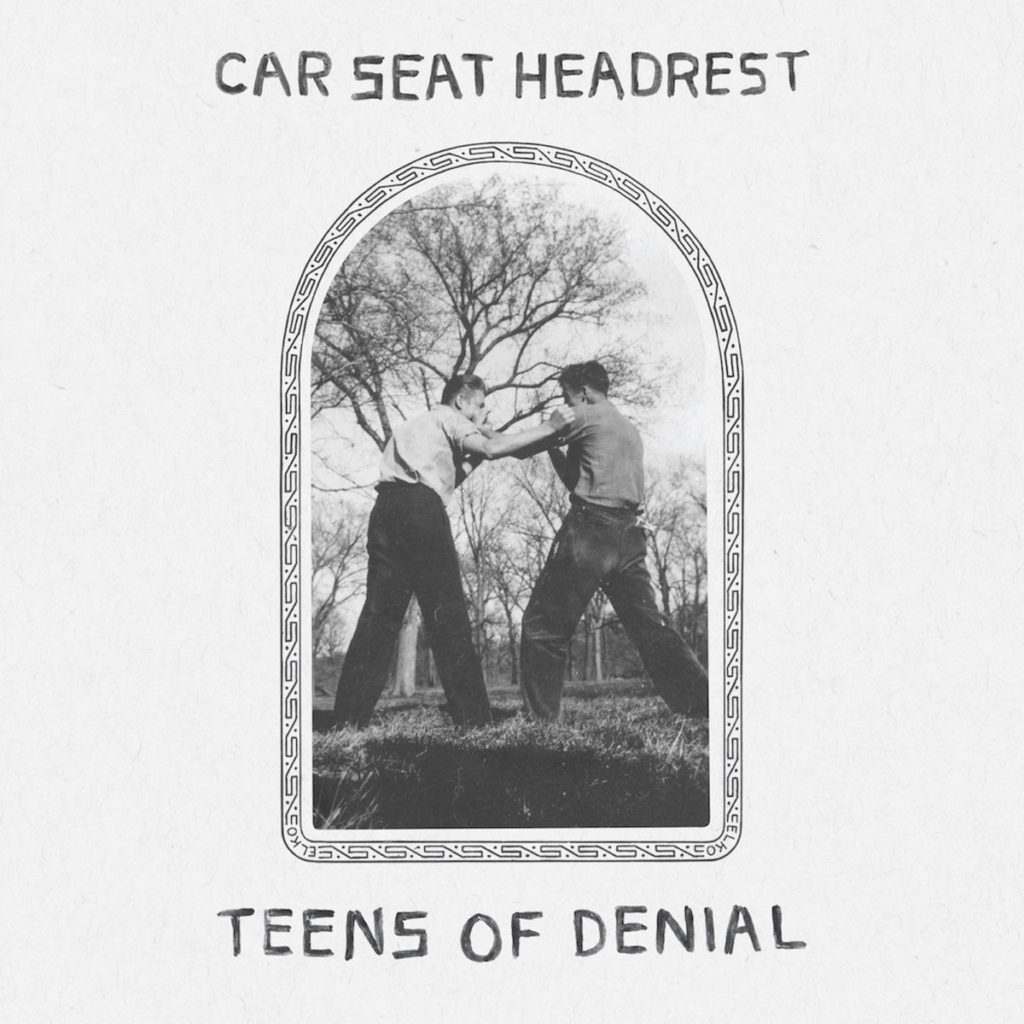 Judging from the track times on Car Seat Headrest‘s newest offering, the 12-track Teens of Denial, out now on Matador Records, a hit-quick pop single is not in the works.

With only one track, the album’s closer “Joe Goes To School” (1:17) clocking in under four minutes, this can only mean two things:

1. This is an artist who has a lot to say, and there is nothing wrong with packing an album with songs clocking in at seven, ten and even 11 minutes and beyond; or

2. This is an artist with too much actual and studio time on their hands and a record company that just ain’t paying close enough attention. C’mon, everybody can’t be Pink Floyd.

Luckily, for fans of lushly-recorded, epic rock with a distorted guitar-driven edge (think Radiohead), this album is the first choice and could have the legs to grab the finicky attention of both music buyers and persnickety rock critics out there.

The album is the brainchild of Will Toledo, singer/songwriter/visionary, and is his 13th collection of tunes.

It is, however, the second on which Toledo uses a real, full band, and is the first recorded in an actual studio, produced by Steve Fisk (previously a producer or engineer for Nirvana, Soundgarden, Screaming Trees and The Wedding Present).

The band’s potential is best presented on the second track of the album, “Vincent,” which clocks in at more than seven minutes. Unlike many songs that clock in that late, there is no wasted space. Sparse guitar provides the foundation, slowly building for the first two minutes before distorted guitar takes over the whole tune, driving the whole thing home.

Toledo’s vocals are right on as well, aptly matching the feel of the song with an intensity and feel. Lyrically, Toledo typically looks inward narrating his view of the world.

Other highlights of the album include “Drunk Driving/Killer Whales” and “Fill In The Blank.”

All-in-all this album is a slow grower, revealing its charm slowly over extended listening, preferable augmented with headphones and lights out. And, in the end, isn’t it much more satisfying to find an album you’ll be friends with years from now and still appreciate, rather than a wham, bam, thank you ma’am short-term fixation?

(Released through Matador, Teens of Denial is available through Car Seat Headrest’s Bandcamp page, http://carseatheadrest.bandcamp.com/, among other places. Watch the music video for “Drunk Drivers/Killer Whales” below.)