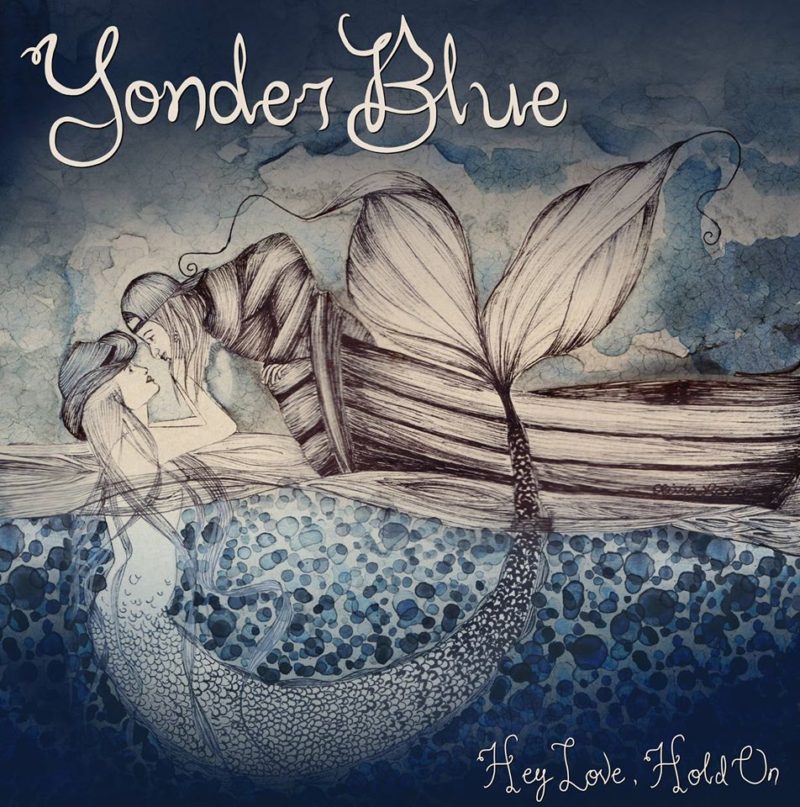 Somewhere between tumbleweeds and the Pacific Ocean, there’s a wealth of bands taking aim at the alt-country genre, but with the March 2016 release of their debut EP Hey Love, Hold On, Portland’s Yonder Blue hits the bullseye.

With a crystal-clear appreciation of both old-school outlaw country and modern melody, each of the six tracks on YB’s release is expertly crafted to slowly reveal its layers. Lead vocalist/guitarist Terri Lynn is the heart of the endeavor here, with poetic storytelling and a rootsy voice that wraps you in honey and heartache.

On opening track “Montana Love Song,” the opening guitar and percussion perfectly conjure a lonesome Western highway – the desert wrapping it in dust – as the lyrics traverse life’s bridge-burning, “It occurred to me today, I miss you/it’s hard to admit, but I know it’s true/it’s an 18-hour highway back to you/I’m sittin’ here dreaming of Big Sky, blue eyes/hurts to think about you every night.” There’s a vintage honesty here that resonates with both heartbreak and hope.

There’s a more modern alt-country melody on “Blinded By Gold,” albeit with the same lyrical tones. The layered instrumentation throughout the album – including banjo, fiddle, mandolin, and some fierce main line guitar picking – shows of the myriad of musical talent brought to the project. From drummer Matthew Higgins’s precision and bassist Paul Prato (from the Portland bands Tin Silver and Big North Duo, respective) and his solid bottom line, to the guitar work of Andy MacMillan (former Stubborn Lover and currently Outerspace Heater’s lead guitar player), there’s an expertise of execution that can’t be ignored.

“Little Grace” slows down the pace with a bit of a prayer to the escape route gods, “Greyhound angel please get me out of here/promises were broken/this I’ve come to fear/final words he said to me still ringing in my ear.” It hits the sound of a bottle-fueled plea, a last-ditch effort, right on the head. And then title track “Hey Love, Hold On” picks back up again with a jaunty melody, though the realization of repeated bad choices doesn’t get further from the self-medication as the “door closed behind you/I fell apart/sat there and waited/why does it hurt so hard/bottle is empty/and my heart is broke.”

There are certainly themes here that aren’t a stretch for the genre, even a track titled “Porch Swingin,” which manages to be the most hopeful on the record. The chasing of daydreams from Grandma’s porch to the big city taking a no-regrets approach instead of wallowing in the waste. It’s a bit more honky-tonk, appropriate for little two-step shuffle on the hardwoods. All a perfect lead in to closing track “The Simple Life.”

Here, Lynn tackles a quicker-tongued lyricism that, while it changes the pace, feels a bit like she’s trying to keep up with the fast finger-plucked guitar. But it does end the record on a high note, a solid batch of tracks that show off the group’s range well, landing the band somewhere between the influences of classics like Dolly Parton and Merle Haggard to contemporaries like Sturgill Simpson and Kacey Musgraves.

(Hey Love, Hold On is available for purchase digitally via iTunes at https://itunes.apple.com/us/album/hey-love-hold-on-ep/id1082826482, is available for streaming on Spotify, Apply Music, etc. You can watch the music video for opening track “Montana Love Song” below.)