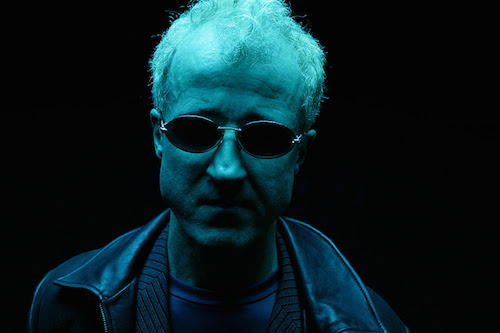 One of the seminal figures of the 1980s New York ‘Downtown’ scene, Bobby Previte is a composer and performer whose work explores the nexus between notated and improvised music.

Wayne Horvitz and Bobby Previte have been playing music together since the early 1980’s, in each other’s bands (The President, The Horvitz/Morris/Previte trio, Bobby Previte’s “Bump the Renaissance”, “Miro”), in collaborations with John Zorn, Bill Frisell, Charlie Hunter, Billy Bang, Butch Morris and many more.

Previte-Gamble-Rucker: Bobby Previte’s new blowout trio of guitar, synthesizer, alto sax and drums. Includes two of his favorite genre-benders, Mike Gamble on guitar and Fabian Rucker on sax/electronics. Blueprints: Conducted by Bobby Previte. A large ensemble, with the help of a digital projector, improvises off motifs and snippets of themes culled from over 30 years of Mr. Previte’s compositions. Bobby Previte went back over every piece of music he composed from 1979 to the present – music for acoustic jazz bands, electric music, new classical, electronic, music for films – and took one short fragment from each, pasting them all up together into a huge master score. He then spontaneously selects various fragments for the ensemble to play
and then using a variety of signals conducts them through these fragments, the effect something like a symphony of small parts; But here’s the catch: the entire score is projected on a screen behind Previte so that not only must the musicians read all the music from the screen, but the audience can see it as well. Audiences love trying to follow along with what the musicians are playing on the score.