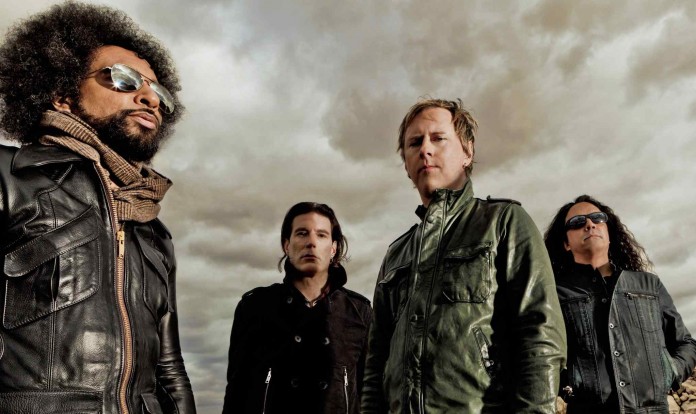 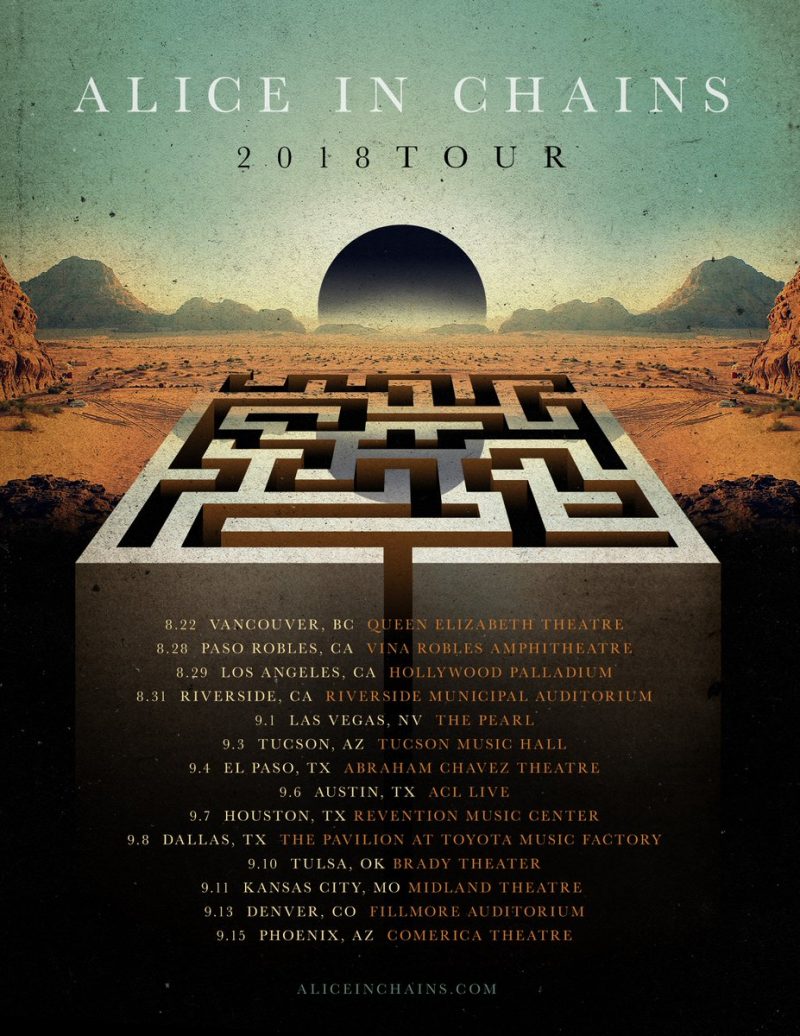 Alice In Chains have announced dates for the second leg of their North American headline tour and Seattle AIC fans will have to travel across the border to see them as the tour kicks off August 22 at the Queen Elizabeth Theatre in Vancouver, BC and it appears they’ll be skipping Seattle this year. The new dates are part of a worldwide trek that will see Alice In Chains performing across North America and Europe. Dates are listed below and ticket info can be found HERE.

Rolling Stone gave The Devil Put Dinosaurs Here three stars, as did USA Today, who praised it as an album of “undeniable power.” Spin called it “an assured, diverse, heated record with galvanized hooks, ”Pitchfork said it’s “as insistent as [1992’s landmark album] Dirt,” and the Seattle Times wrote, “Jerry Cantrell, William DuVall, Mike Inez and Sean Kinney continue to defy expectations” and that “Alice In Chains is better than ever.” But Consequence Of Sound said it best: “The Devil Put Dinosaurs Here revels in being just a record. There’s no comeback, lineup reconfiguration, or memorial to be found here, only reminders of why an album from this band will always be welcomed.”

Due out later this year, the new album was recorded at Henson Studios in Los Angeles with Nick Raskulinecz, who produced both The Devil Put Dinosaurs Here and its predecessor, 2009’s Black Gives Way To Blue. The latter entered Billboard’s Top 200 at No. 5, spawned two No. 1 hit singles, garnered two Grammy nominations and critical acclaim.

Over the course of their remarkable career, ALICE IN CHAINS have garnered multiple Grammy nominations, sold more than 30 million albums worldwide and amassed a diehard international fanbase whose members number in the millions. They remain one of the most successful and influential American rock bands of all time.