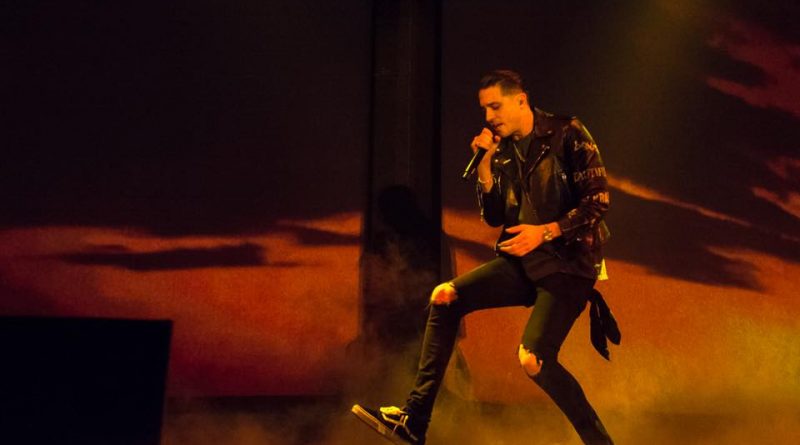 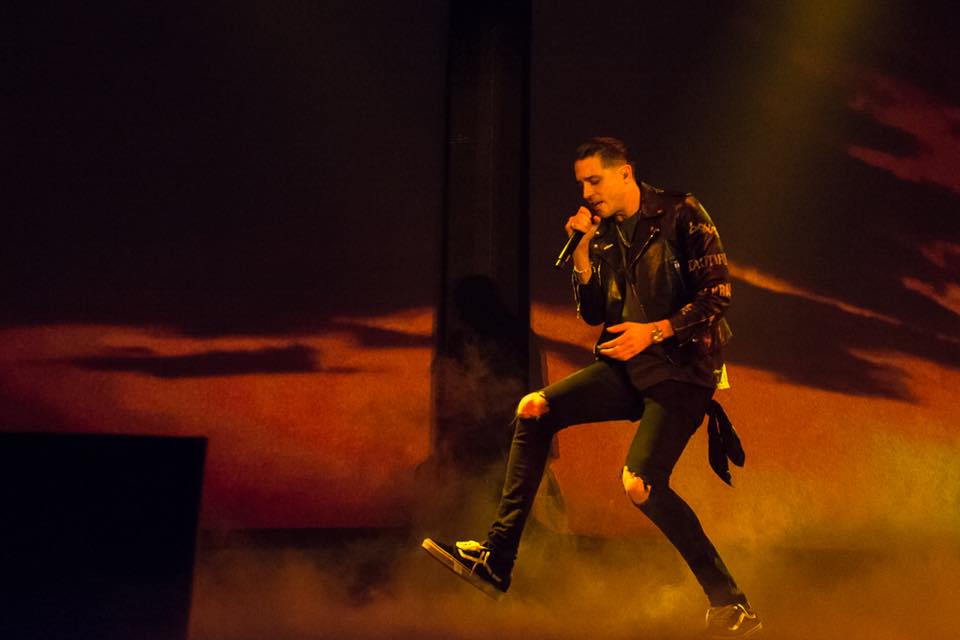 At Bumbershoot 2016 when I told people I was excited to see G-Eazy’s set, I didn’t get quite the response I thought it would. There was a lot of “don’t even bother, he’s so boring” “he just stands there” “his set is so dead,” all of which were clearly disappointing to hear, but I had to see for myself and went anyways. From way in the back of Memorial Stadium though, I couldn’t really see, and was more interested in getting out of the heat than fighting my way up closer.

So when G-Eazy announced that his return to the Seattle area would be on March 3rd at ShoWare Center, I was eager to see an actual headline set from him, and see how true those rumors actually were.

The night opened with Anthony Russo, a young singer/rapper that stole the hearts of the majority of the crowd for sure. His mellow pop songs are filled with moody and sensual lyrics that, when paired with his confident performance, left eyebrows raised and eyes wide as fans in the front rows desperately fanned themselves and reached out to him. Check out more Russo photos HERE.

Next up was Phora, a rapper that took things way deeper with some very real lyrics. His performance was really well rounded, especially for an opener. With the earlier tracks pumping everyone up, and the later ones probably evoking tears, his set was an emotional rollercoaster in the best way. Check out more photos Phora HERE. 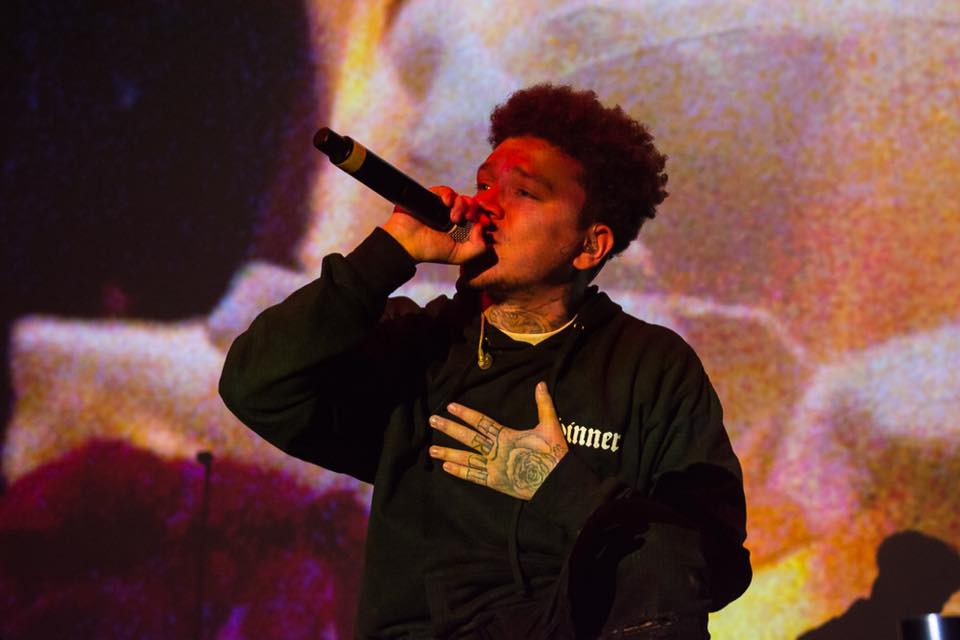 Trippie Redd, our last opener of the night, was straight up just a party. Though he’s a solo performer with someone else in the back mixing his tracks, there were a handful of other friends on stage: some just hanging out and one even just spending the whole set rolling joints to hand to Trippie Redd throughout his performance. This guy has seriously mastered that drawn out, whiney kind of voice that’s getting increasingly popular in rap music lately. He’s got the kind of set that has so many familiar bangers, you almost wonder if he’s throwing covers in among original stuff—but it’s actually all his own stuff. The songs were something that you didn’t even know you’d heard before, but once he starts running around singing and everyone in the crowd bounces along, it all seems perfectly familiar. The hooks will be stuck in your head for days, and it’s hard to forget the wild nature of his performance. Check out more Trippie Redd photos HERE. 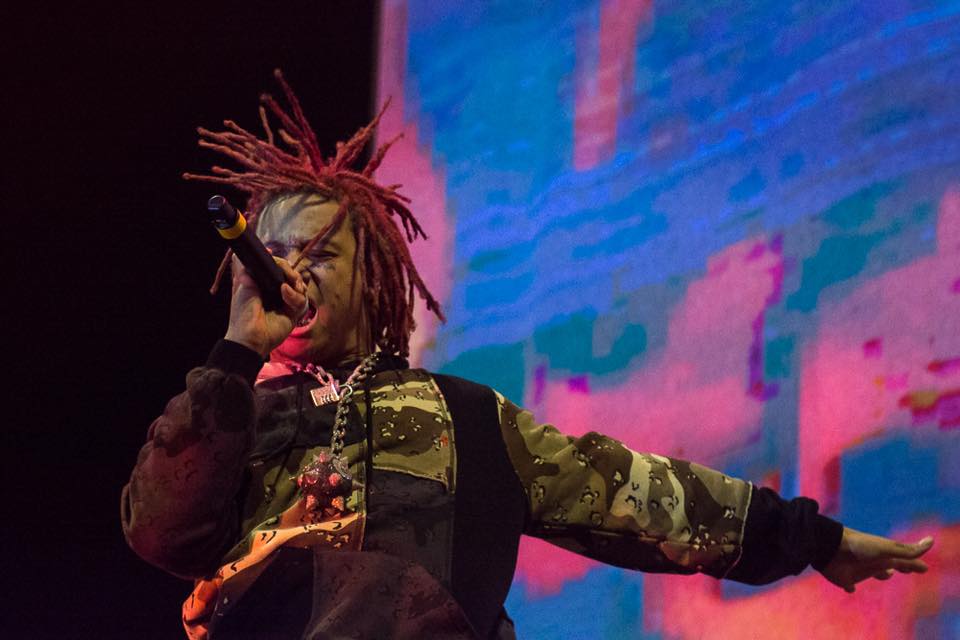 Right off the bat, it became perfectly clear that whatever “boring, lifeless” performance G-Eazy may have once had was left far in the past.

The whole night was cinematically themed, fitting his general aesthetic perfectly. “Act I: The Beautiful” was boldly projected as Halsey’s voice rang through, “Ladies and Gentlemen, the Beautiful and Damned,” while Gerald took the stage calmly and slowly. Opening with the title tracks of his latest release, the crowd eagerly shouted along to the verses and chorus. 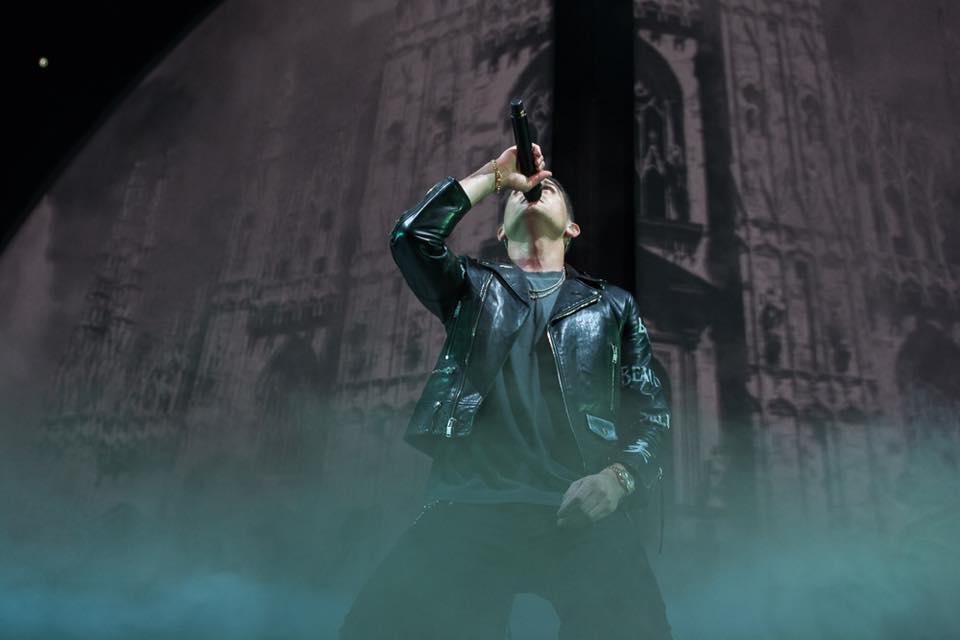 The first section of his set was filled primarily with his newer songs. The familiar songs blasted through the crowd as G-Eazy bounced and danced all over the stage, just as hype as any of his fans. Highlights definitely include “Legend,” which showed off his cocky rapper attitude, and “That’s a Lot,” which just seemed to get everyone going.

As “Act II: The Damned” and “Act III: Epilogue” continued, the energy and love never died down. The rapper repeatedly stated how Seattle always brought all the support, and it always felt like a home nearly as much as The Bay did. 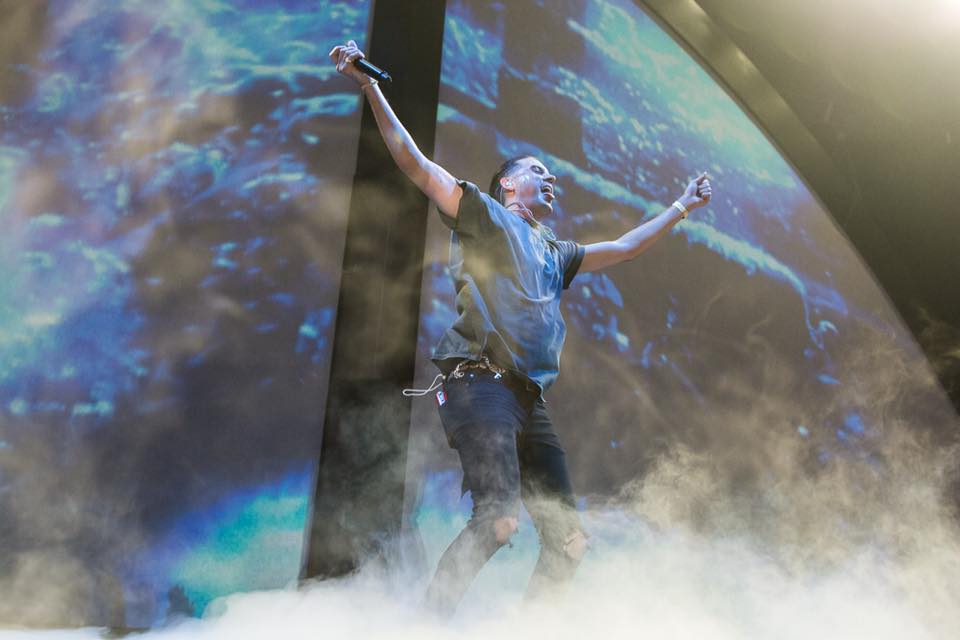 Overall, G-Eazy’s set was anything but boring, and only proved exactly why he’s one of the biggest rappers in the game right now. With incredible songs and an absolutely killer performance, the only improvement this guy could make would be coming to Seattle more often.