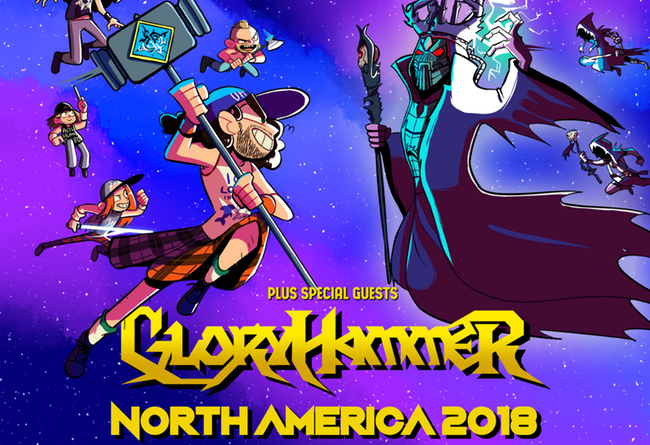 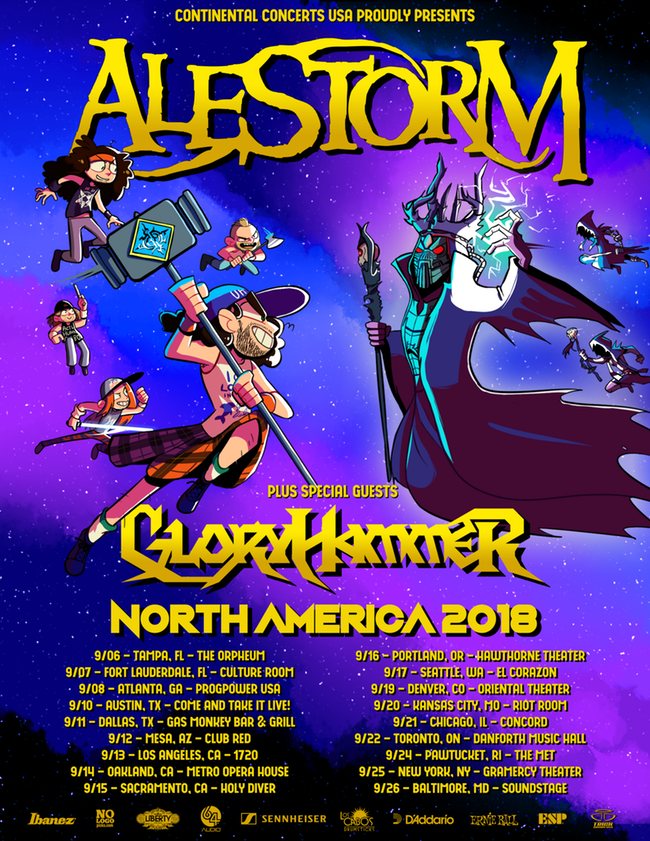 Avast, ye landlubbers! From the deepest darkest depths of eastern Scotland comes Alestorm, a drunken band of two mad Scots and two Irishmen on an epic quest to slay posers, drink beer, and be the greatest damn band that ever did sail the seven seas! Describing their style as “True Scottish Pirate Metal”, Alestorm plays an infectious blend of folk and power metal in the vein of bands such as Korpiklaani and Turisas, but with a unique piratical twist. Alestorm are coming to kick ass and chew gum. And they’re all out of gum.

Alestorm formed in 2006 and after gaining a cult following in their local scene, they quickly inked a record deal with Austria’s Napalm Records. After a few line-up changes early on, the band eventually settled on their current swashbuckling crew comprising Christopher Bowes, Daniel Evans, Gareth Murdock, and Peter Alcorn.

Drawing on wide stylistic influences, such as Bal-Sagoth and Primordial to name but a few, Alestorm released their debut album “Captain Morgan’s Revenge” in 2008 to great critical acclaim, followed swiftly by their sophomore album “Black Sails at Midnight” in 2009. Now, after cementing their reputation as a kick-ass live band with countless hundreds of shows around the world, Alestorm returns in 2011 with their third album “Back Through Time”.

Tickets to the band’s El Corazon performance on Monday, September 17th can be found here.