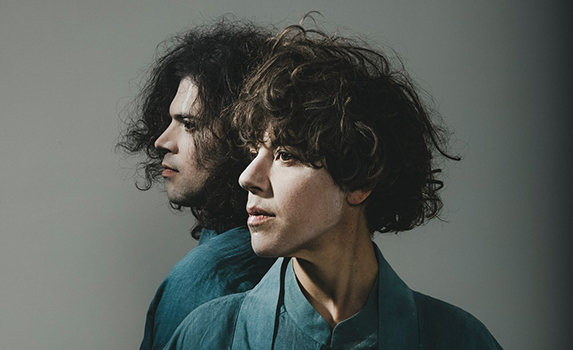 Since 1980 independent record label 4AD has been the home to remarkable music, from the likes of Cocteau Twins, Dead Can Dance and Pixies in the 80s, to their current roster featuring the likes of Deerhunter, Scott Walker and Grimes. This fall, 4AD will present the label’s first-ever tour featuring labelmates Tune-Yards and U.S. Girls who will embark on a cross-country U.S. tour in support of their standout 2018 LPs. Ten dates are announced today with more to be announced soon.

Tune-Yards’ highly acclaimed new album I can feel you creep onto my private life was released earlier this year. Entertainment Weekly called the album “politically urgent,” the New York Times called it “a sleek, radical evolution” and NPR Music said it’s “Tune-Yards’ most sophisticated album to date.” The band performed “Heart Attack” (http://bit.ly/2n5ZMd4) and “Look At Your Hands” (http://bit.ly/2n7RkZS) on Kimmel and “ABC 123” (http://bit.ly/2DICUty) on Conan in January. Ahead of this newly announced tour, Tune-Yards will join David Byrne on tour for 15 dates on the east coast.

U.S. Girls (aka Meg Remy)’s new album In A Poem Unlimited is a dancing Trojan horse for introspection. The New Yorker ran a multi-page critic’s essay on the themes of Remy’s work and Pitchfork gave it both Best New Music and Best New Track (for “Rosebud”) nods. GQ said it’s “a compulsively listenable tour de force that’s one of the best pop record of 2018 so far” and after the band, who perform as an 8-piece, sold out 3 shows in one night at NYC’s Baby’s All Right Stereogum called their sets “a revelation.”

Tickets to the performance can be found here.