Make sure you are checking the #100Bands100Days hashtag on Twitter on a daily basis to stay on top of all the bands featured and be sure to follow Verity and NW_Music_Scene there. Some days the featured act could be an established and locally-adored northwest-based musician and other times they could be a band with a small following that just hasn’t had their deserved time in the spotlight yet. Either way, we’re fairly confident you can come away from this daily segment with plenty of new favorites. Today’s featured artist is The Adarna.

Taking their name from a mythical phoenix-like songbird in Filipino folklore, The Adarna [pronounced uh-darn-uh] are the first band to ever coin their genre as “Jet City Rock,” due to their proximity to Seattle’s Boeing Field.

Known for their relentless energy and aggressive tour schedules — The Adarna is a name you’ll be hearing more and more frequently. Along with the band’s new alignment with Curtain Call Records, this 8-time national touring artist will be armed with a new album releasing in the July 10, 2018.

Their single, “Superman,” off the album How Perceptive, gained much success in anime and comic fandom. This resulted in the placement of the song in a new superhero video game by Risen Phoenix Studios as well as earning nominations for Best Music Video at the Fanboy Film Festival, Atlanta Film Festival, Tirana International Film Festival, and Los Angeles Philippine Film Festival.

They have been honored to perform internationally for the US troops in 5 countries in SW Asia as part of their Project Gratitude Tour. This high energy group is not shy to co-align themselves with movements and organizations they believe in. They can be seen appearing locally at Boeing’s 100th Anniversary celebration, Rock ‘n’ Roll Marathon, Lakefair Festival, Rock n Rally for the Troops, PNW Live n Local, Rockout ALS Fests, and Wounded Warrior Benefits. Nationally appearing at a number of festivals including Rocklahoma, I Am Festival, Bratfest, Shift Festival, All Age Rage Festival, Schools and Universities.

If you are on the hunt for another high energy northwest rock band to throw your support behind, today’s featured band is one you should take a look at. The Adarna has been in the trenches for a grip of years now and has built up a solid fanbase in the process. In 2018 they added the well received full length album Road to Resonance to their catalog. The Adarna has spent a great deal of time and energy to label themselves as Jet City Rock and it’s not a bad idea since there aren’t really any singular genre tags to slap on them. That said, no matter what you want to call them or not call them, songs like “Drugstore Cowgirl” off the new album display what the band is capable of. That particular song draws heavy influence from both Rob Zombie and Queensryche with a driving industrial metal beat and on the 2:01 long instrumental shredder, “Interlude” they put on display their symphonic metal capabilities with just a dash of doom. Check out Road to Resonance yourself at Spotify HERE and check out their latest video a bit further down the page. 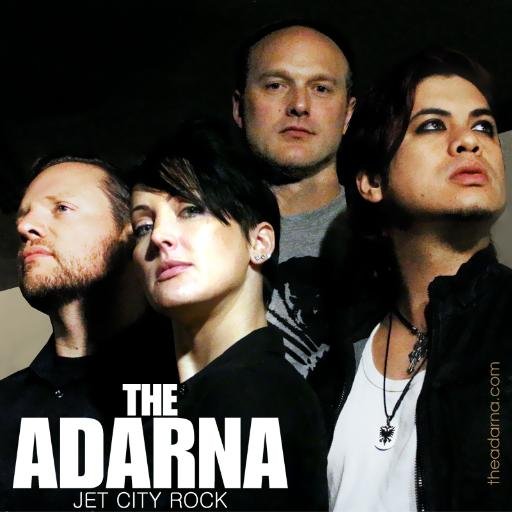 Check out their upcoming shows at their website HERE.