Ladies and gentlemen, and all local music enthusiasts, welcome back to the fourth annual outing of our year-end daily local music spotlight, 100 Bands in 100 Days, where every day until December 31st, we’ll be showcasing a new band or artist on the cutting edge of the Northwest, presented by Verity Credit Union. Make sure to check the #100Bands100Days hashtag at Twitter daily to stay on top of all the bands featured, and make sure to follow Verity on Twitter and NW_Music_Scene as well. Some days the featured act could be an established and locally-adored Northwest-based musician and other times they could be a band with a small following that just hasn’t had their deserved time in the sun yet. Either way, we’re fairly confident you can come away from this daily segment with plenty of new favorites. Today’s edition of this journey leads us off the beaten path — all the way to Gig Harbor, WA — to look at one of the often cloudy city’s best rock bands, SixTwoSeven. 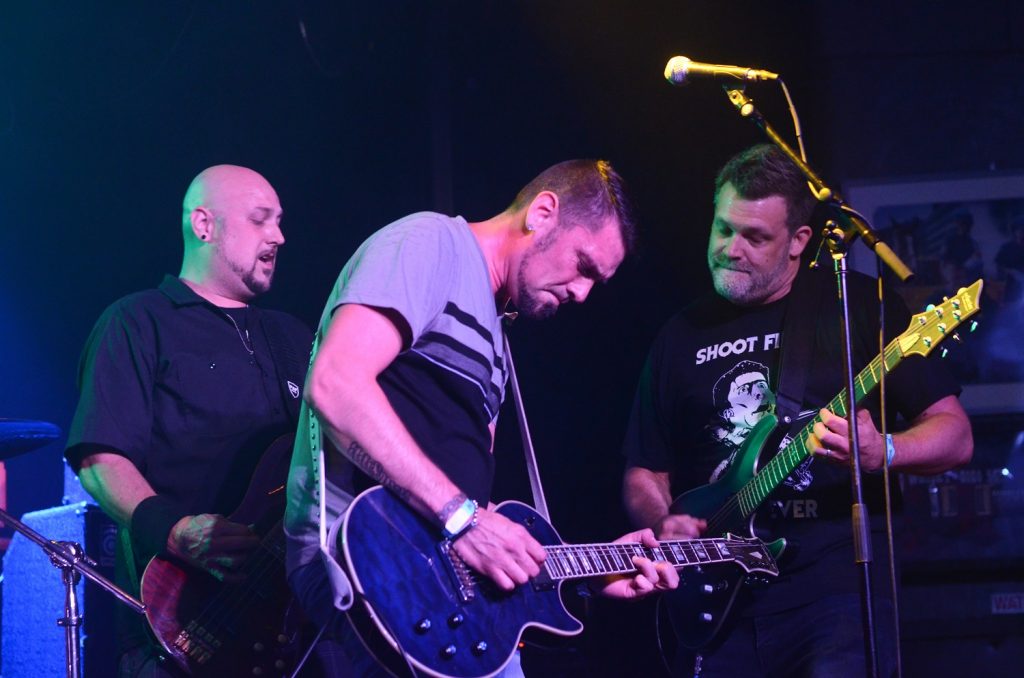 Though originally founded by Greg Bilderback as recently as 2016, SixTwoSeven is a pure rock and roll outfit that shreds far beyond their years. SixTwoSeven’s approach to rock and roll is refreshingly, unapologetically blood-pumping, favoring loud, blown-out guitar riffs, hard grooves, and lead vocals that have a good grasp of melody and just enough rock gusto to empower their power poppy tracks. Their anthemic ass-kicking is influenced by and could be likened to other alt-rock greats that came before, most notably Foo Fighters, Queens of the Stone Age, and even a newer-age band like Royal Blood. It’s no wonder they’ve brought their invigorating live shows all over the map, from West Coast tours to opening for Agent Orange at Whisky a Go Go this summer.

SixTwoSeven’s debut EP, Some Other’s Day, was unleashed to the public in August of 2016, and had an impressive pedigree for a rock newcomer, being recorded and produced by legendary producer Jack Endino, who’s lent his punishing, unforgiving production know-how to bands big and small. The EP is home to a series of catchy, but emotional and raw alternative rock tracks that are bursting with impressive solos, epic highs, and surprisingly despondent lows. Despite being just a debut EP, Some Other’s Day is a good taster for what SixTwoSeven is capable of, and with a full-length debut LP being released in winter 2017 (but you didn’t hear that from us), we can only expect pretty great things to hit the northwest hard in the coming months.