Ladies and gentlemen, music fans of the Pacific Northwest, hello and welcome back to our third annual year-end daily countdown, 100 Bands in 100 Days, where every day until December 31st, we’re showcasing a new band or artist you have to know about, presented by Verity Credit Union. Follow the #100Bands100Days hashtag on Twitter to stay on top of all the bands featured and make sure to follow Verity on Twitter as well. Some days the featured act could be an established and locally-adored northwest-based musician that perhaps you haven’t been turned onto yet, and other times they could be a band with a small following that just hasn’t had their deserved time in the sun yet. Either way, we’re fairly confident you can come away from this daily segment with plenty of new favorites. Today we’d like to bring our journey through 100 straight days of great music discovery to one of the hardest-rocking bands in Tacoma and beyond, Mister Master! 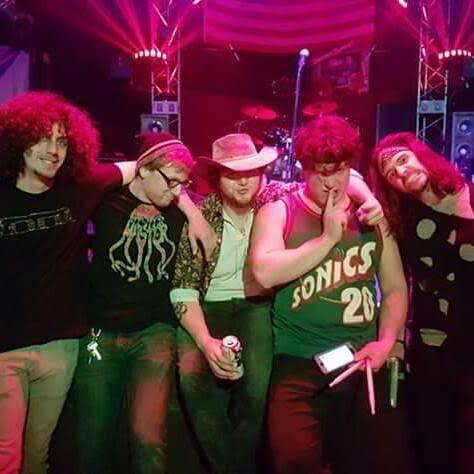 In the somewhat bloated genre of post grunge meets rock in the northwest, a lot of bands end up sounding similar and seem to draw from the same influences and while there’s inherently nothing wrong with that, we are always listening for ones that rise above the crowd. Make no mistake about Mister Master they certainly do borrow heavily from the certain elements of the Seattle sound and grunge at large that our ears have become accustomed to hearing over the years, such as heavy guitar distortion and plenty of wah pedal action but where they excel is in adding a healthy dose of psychedelic blues at times to the mix.  On “Edge of the Woods” the band hearkens back to the days when a grunge band from Australia named Silverchair broke out, obviously not from Seattle but at the time no one could tell they weren’t.

Many of the band’s songs are powered the filthy guitar riffs laid down by Brandt Parke creating an infectious groove that powerhouse vocalist Ian Lowery has little trouble singing over the top of and inside of. Parke also borrows from the “grunge” formula that never seemed to overdue the guitar solo. He does however prove that he’s got the chops on songs like “Silver Stain” and “Edge of the Woods” with a sort of Cantrell meets Hendrix flavored lead guitar offering and his six string skills are among the best in northwest these days.  The rhythm section is forcefully held together by the Eric Phinney and Mark Christensen on bass and drums respectively, providing the lower end canvass in which Lowery and Parke grab the sonic spray paint and start tagging by way of song. But this is not a two-man show, this four-piece works as a cohesive rock ‘n roll unit and we’ll be looking for more offerings from them in the future.

You can catch this band live on October 29th in Tacoma at The New Frontier Lounge with Thunders of Wrath and Cashing in Karma. More details about the show are available HERE.

You can follow Mister Master on Facebook, and keep up with the band through their official website, mistermaster.org. Check out their music available for streaming and download/purchase at mistermaster.bandcamp.com and watch the band performing live on the Spud Goodman show below.