Make sure you are checking the #100Bands100Days hashtag at Twitter on a daily basis to stay on top of all the bands featured and be sure to follow Verity on Twitter and NW_Music_Scene as well. Some days the featured act could be an established and locally-adored northwest-based musician and other times they could be a band with a small following that just hasn’t had their deserved time in the sun yet. Either way, we’re fairly confident you can come away from this daily segment with plenty of new favorites. Today’s featured artist is Warren Dunes featuring Julia Massey.

Warren Dunes feat. Julia Massey is an evolution of Julia’s previous band Julia Massey & The Five Finger Discount, which built up an enthusiastic following in the Northwest with strong press, solid radio support, and a fun, compelling and very musical live show. The Dunes are a very musical trio with Julia on keys, Jared Cortese on guitar, Dom Cortese on drums and everyone on whatever musical instrument serves the song. The video for “Running For Cover” was produced by the innovative videographer, Geoff Gibbs, using an experimental animation style, is the first track to be released from the band’s forthcoming, as yet unnamed, EP, set for an early 2019 release. Warren Dunes is named after a beloved Michigan State Park where the Cortese brothers grew up playing music and having a good time with their friends.

We recently premiered the video below but we have to warn you it’s a catchy tune and will surely get stuck in your head for days. Not that it’s a bad thing though, it’s a great song and highlights Massey’s superior vocal chops. 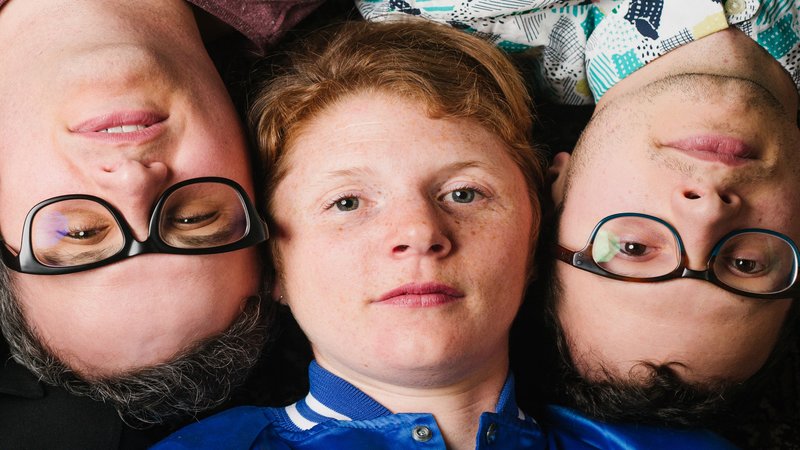