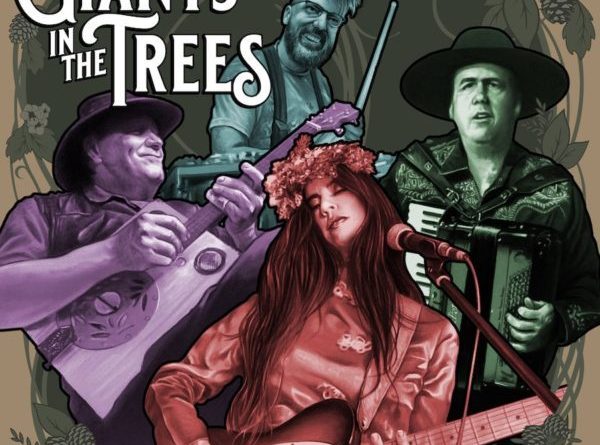 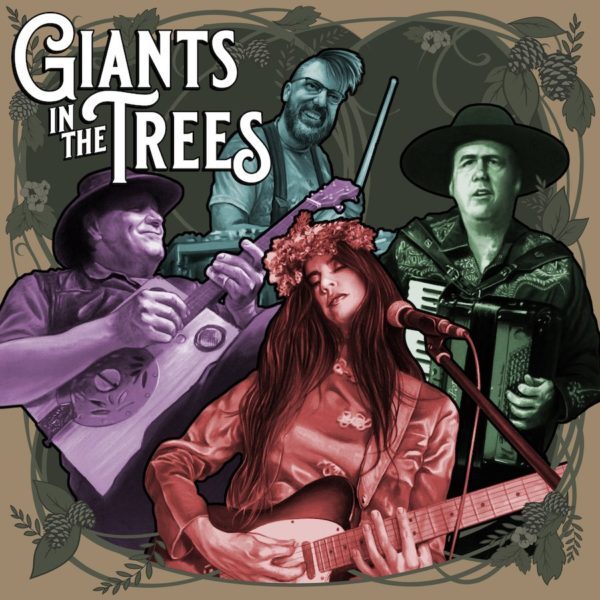 Krist Novoselic’s post-Nirvana career had certainly been more idiosyncratic than one might expect. His fellow traveler in Nirvana-dom, Dave Grohl, hit the ground running after Nirvana’s implosion, serving up the people-pleasing, rockin’ good times of Foo Fighters. Conversely, Novoselic’s first band was Sweet 75, jagged indie rock with a touch of Latin folk (courtesy of Venezuelan lead singer Yva Las Vegas). Then came the space-jam, alt-country trippiness of Eyes Adrift (with Meat Puppets’ Curt Kirkwood in the lineup), followed by a stint in a much beloved punk act of his youth, Flipper. Not to mention his other ventures, like Sunshine Cake and the one-off No WTO Combo. The one thing all these groups have in common? That they have nothing in common.

Now comes the latest band: Giants in the Trees. The community-minded Novoselic, who lives in a remote corner of southwest Washington, is a member of his local granges in Grays River and Skamokawa. It’s at the latter grange that he began jamming with Jillian Raye (vocals, banjo), Ray Prestegard (guitar, harmonica), and Erik Friend (drums); Novoselic handles bass, of course, as well as accordion. The jamming became more serious, and thus Giants in the Trees was born.

The group’s been playing around Washington and Oregon, there are videos for “Sasquatch” and “Seed Song” floating around on Youtube, and now there’s a self-titled album, produced by Jack Endino (autographed copies of the CD, with an alternate cover, are available from the band’s website, giantsinthetrees.com, if you order by January 31; a collector’s item!).

The album gets off to a folky, dreamy start with “Sasquatch.” It’s the song that references the band’s name, as singer Raye imagines being overseen by an unseen presence: “I can feel eyes watching over me/Hiding in the silence/There’s giants in the trees” (but they sound like friendly giants). There’s a laid back feel to much of the album, largely due to Raye’s cool, almost languid vocals. It’s somewhat at odds with the band’s live performances, which are more energetic — check out the largely instrumental romp “Ode to Pacific Anarchism” for a better sense of what Giants sound like when they kick up their heels.

There’s a lot going on this musical stew. There’s a decided folk influence, but you wouldn’t call it folk-rock. There’s the sinewy, slinky slide of what sounds like a lap-steel guitar in “Seed Song”; Novoselic’s accordion adds a European, carnivalesque tone on numbers like “Center of the Earth”; the psychedelic wash of “Pretend” swirls the listener around; the guitar distortion that opens “System Slave” provides the perfect introduction for a track that doesn’t sound like anything else on the album.

This album is as multi-layered as the lush, dense forests you see in the band’s videos. It’s the kind of record where you’ll find something new on each playing, as it reveals there’s more and more to explore. It’s post-grunge Americana, alt-country with a modern twist, indie lounge rock. It’s as unique as anything Novoselic has ever done — but it’s very much a group effort. These Giants are carving out their own territory.

(You can check out Giants in the Trees on January 25 at the Crocodile in Seattle; February 16 at the Mission Theater in Portland; March 2 and 3 at the Sunset Tavern in Seattle; and March 17 at Dante’s in Portland).

(Check out a few songs from the album below via YouTube and get more info about the band at their website HERE.)