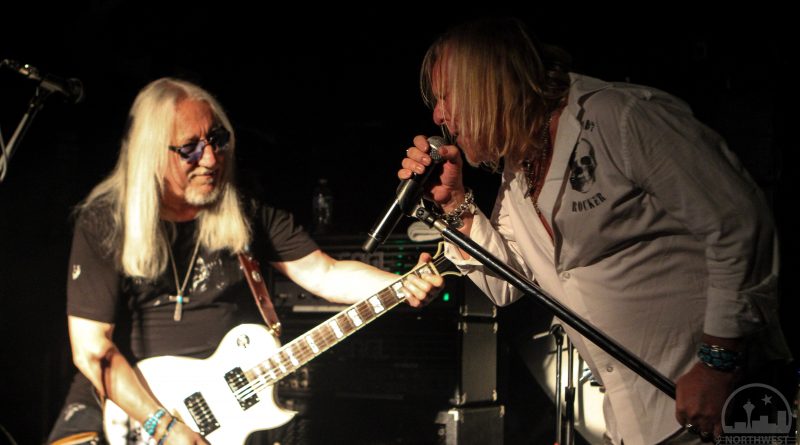 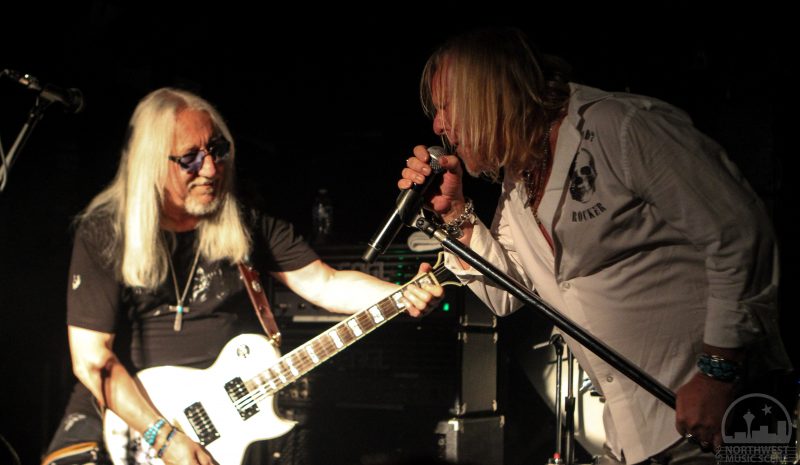 The last time rock legends Uriah Heep played in Seattle was 2001 at the Ballard Firehouse so it’s not hard to imagine the anticipation for the band’s 2018 show at El Corazon. The Seattle date was a late addition, although Puget Sound fans of the Heep were prepared to hit the road to either Portland or Vancouver if necessary to catch a glimpse of these guys that helped lay the foundation for multiple genres. The Thursday show at El Corazon was packed on a sweltering spring day in the northwest. Okay sweltering might be pushing it a bit but the weather was picture perfect as the band rolled into town.

Opening the show was another of Jack Endino’s projects, Beyond Captain Orca! and a band from Portland called R.I.P. who slathered a doomy, Black Sabbathy vibe on top of their dark tunes.

An ample crowd got there early for both of the openers and based on the reaction of the attendees, each of them has some fans and they filled the supporting role well.

After a lengthy set change to make sure the sound was just right, Phil Lanzon (the band’s keyboard player) came out just a bit before 10:00 p.m. to the screams of most everyone that was packed in the joint. Although The Heep has had a few lineup changes over the years, Lanzon (along with lead vocalist Bernie Shaw) has been in the band for over three decades. His mastery of the keys was evident from the first few notes and it set the tone for the rest of the evening. 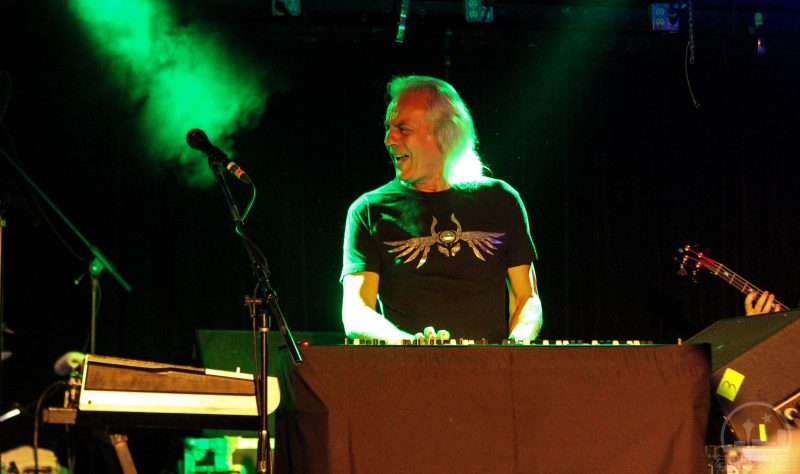 The club only got louder from there though, as the rest of the band took their places. Mick Box with his long gray hair stationed stage right (next to “the pole”) with Shaw in the center, and the band’s savage drummer, Russell Gilbrook untraditionally lined up behind Box, and the keyboards in the center to the rear of the stage. To round out the layout, the newest member of the band, bassist Davey Rimmer (2013) was stage left. Probably not the same stage setup the band plays on when they are playing festivals in front of thousands of fans in Europe and other countries but they made the most of the cramped quarters and seemed to deal with it well. Prior to the show we chatted with Uriah Heep founder Box about the clubs the band is playing on this current nine-week tour and he said it’s a been joy for the band and the fans to connect in these smaller places. He also mentioned he’s been delighted to see the age of some of the show-goers, like in Portland where they drew a sizable and notably younger crowd. The same held true in Seattle as well, with plenty in attendance that probably weren’t born until after the band was a few decades old. 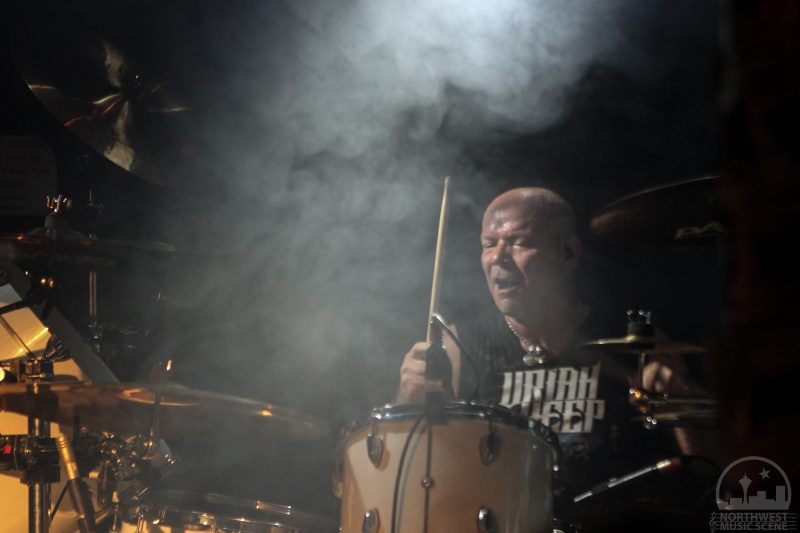 Uriah Heep wasted very little time in getting to the hits the crowd came to see, leading things off with a spot-on version of “Gypsy”, the opening cut from the band’s debut offering in 1970, Very ‘Eavy …Very ‘Umble. By the time the fourth song came along, the crowd was already a hot sweaty mess as the crisp vocals of Shaw rang through the historic Seattle venue. As he flipped his long golden locks and began belting out the few vocal measures of “Stealin'”, the crowd somehow got even louder, singing every word at the top of their lungs. That song needed no introduction, as it’s been a mainstay of classic rock radio for decades and the Seattle fans clearly knew it well. 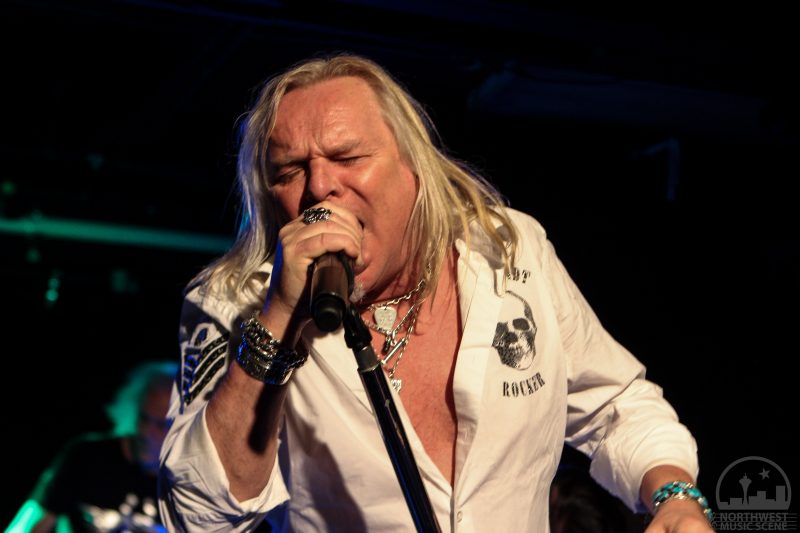 One thing noted instantly about Uriah Heep is that these guys are tremendously talented musicians, with each member seemingly at the very top of their game. If you were there to try and spot mistakes from them, you’d have walked away empty-handed, as they provided a flawless set, delivering a “Heeping” helping of solid rock hits all night long. It was also pretty evident that special care had been taken to get the sound and lighting just right and both of those elements to the show matched the performance of the members on stage. 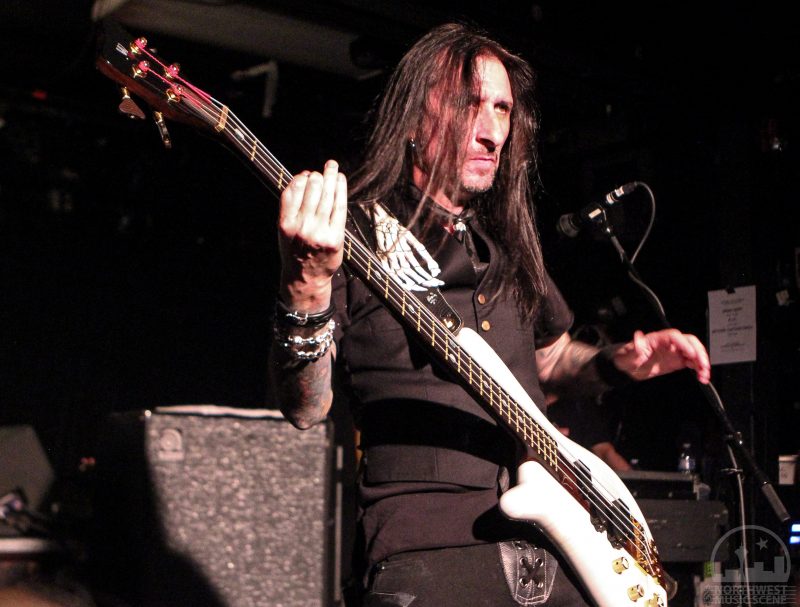 They followed that monster hit with “The Law” off of the very legit 2014 release ‘Outsider’ that found the band recapturing the epic early vibe they were known for. While we were chatting with Box about that album he explained they made a pointed effort to revisit the old sound and that fans can expect more of that on the forthcoming “Living The Dream” album to be released on September 14th. It will be the band’s 25th studio album and after the strength of the 2014 release, expectations are high for the new one. The new album will be put out by Frontier Records but the band has been offering fans a chance for added experiences, such as the chance to jam with them with them during soundcheck and Mick told us some of the musicians that took advantage of that have been pretty decent but like he explained, they kind of have to be if they are dishing out money to do that. 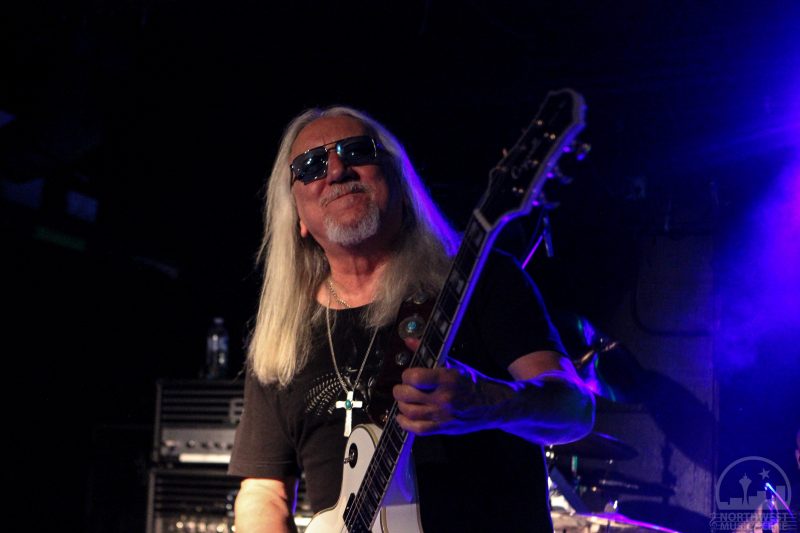 When I asked Box if the name of the forthcoming release is a self-fulfilling prophecy he said, “Absolutely yeah, I thought about that while I was actually writing the songs. I thought it was a good way of expressing things. A good expression of us, what we do. We’re happy to be doing what we’re doing. We’re living the dream. You can’t complain.”

One of the highlights of the night was the extended jam session on “The Magician’s Birthday” the 10-minute thrill ride from the 1972 album by the same name. Box and Gilbrook delivered a blistering, several minute long guitar and drums interlude while the other three members took a break. Gilbrook ferociously worked the two kick drums like a madman with Box displaying fretboard wizardry that would rival anyone. It’s almost like they’ve done that before. 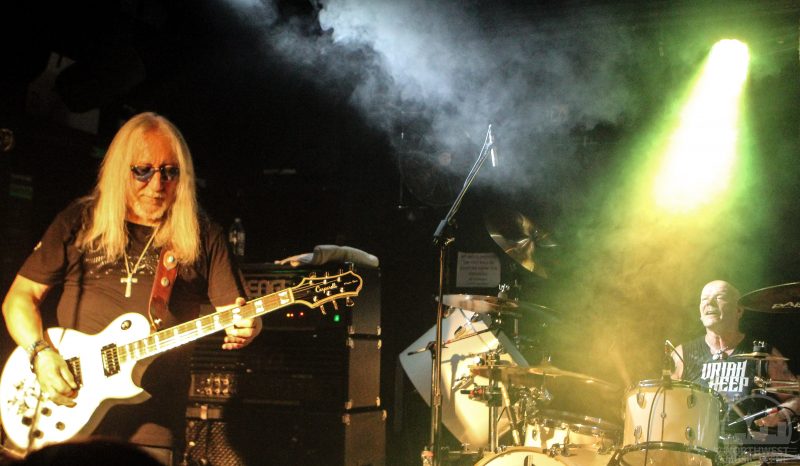 Uriah Heep left the stage roughly an hour and half after the first note had been played, and after all the hits people came to see were played. The crowd yelled “HEEP, HEEP, HEEP” in unison, prompting the legendary band to reassemble on stage for a spirited, high-energy performance of “Easy Livin'” from 1972’s Demons and Wizards album. As expected, that one brought down what was left of the house and was a fitting end to perfect set by a band that is at the top of its game, even after close to five decades.