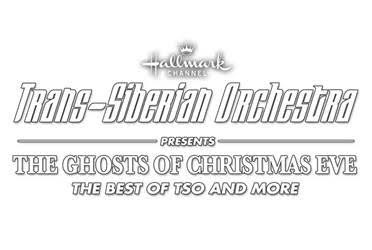 20th Anniversary Edition of The Christmas Attic Available This Fall

Trans-Siberian Orchestra (TSO) announced its highly-anticipated Winter Tour 2018. TSO’s annual November-December multi-sensory extravaganza, which sells out venues year after year, has cemented the group’s status as a must-attend, multi-generational, holiday tradition. This year’s 20th anniversary tour, a presentation of TSO’s unforgettable “The Ghosts of Christmas Eve,” featuring founder/composer/lyricist Paul O’Neill’s timeless story of a runaway who finds her way into a mysterious abandoned theater, is set to begin on November 14th and will visit 65 cities across North America, for 100-plus performances, before concluding on December 30th (see full itinerary below). TSO’s Winter Tour 2018 is presented by Hallmark Channel.

The Moda Center will host two spectacular shows on Saturday, November 24th at 3:30pm & 8pm. Tickets for both shows go on sale Friday, September 14th at 10am on Ticketmaster.com, with a portion of the proceeds benefitting the Community Transitional School courtesy of TSO.

The Tacoma Dome will host one spectacular show on Sunday, November 25th at 3:00pm. Tickets for this show will also go on sale Friday, September 14th at 10am on Ticketmaster.com, with a portion of the proceeds from this show benefitting Birthday Dreams and Northwest Harvest courtesy of TSO.

Additionally, TSO will also perform one show in Spokane, WA at Spokane Arena.

As in all previous years, a portion of every ticket sold benefits select local charities. To date, more than $15 million has been distributed from TSO to worthy charities across North America.