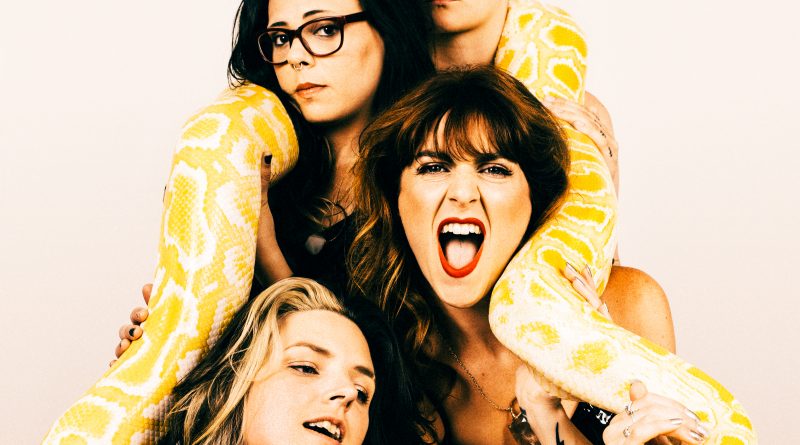 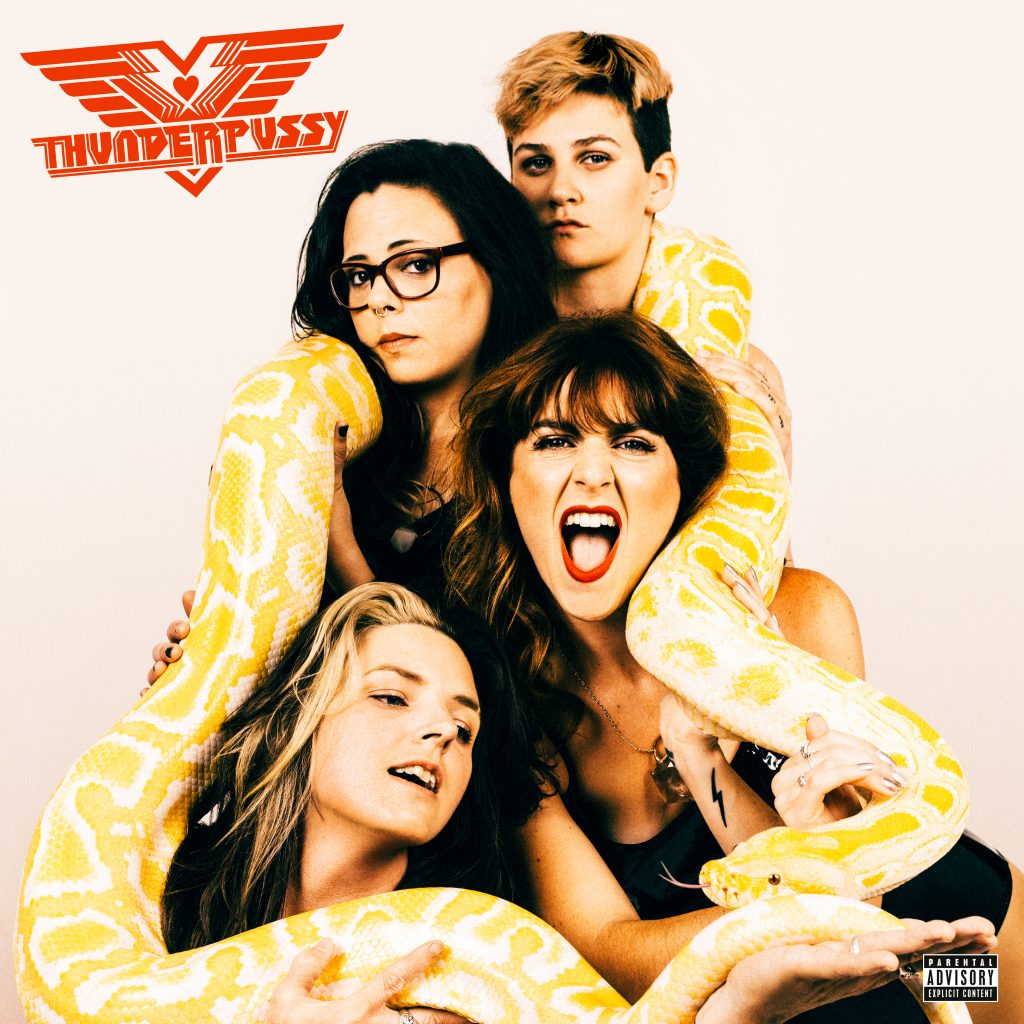 Without a doubt, Thunderpussy is one of Seattle’s most exciting live bands. Lead singer Molly Sides’ background as a pilates instructor means she’s flexible as all get out, able to contort her body in all kinds of fantastic ways as she works the stage. Guitarist Whitney Petty is the flashiest of the musicians in performance, but bassist Leah Julius gets in some licks too, while Ruby Dunphy’s rock-steady beat never lets you forget her presence sitting back there behind the drums.

After four years of dazzling audiences both at home and abroad (the Guardian wrote admiringly of the band’s “straight ahead, no-nonsense, unreconstructed vintage hard rock and tightly-constructed boogie”), they’ve finally released their first album, produced by Sylvia Massey (whose credits include work with Johnny Cash, System of a Down, and Prince). Mike McCready, a longtime fan of the band, unsurprisingly puts in an appearance as well.

And the album is different than you might expect. In contrast to the kinetic razzle-dazzle of the live show, Thunderpussy is heavier, darker, and steeped in the blues. Case in point, “Badlands,” which opens with Sides moaning in a spooky backwoods-after-midnight way, the song gradually swelling up to boiling point and then simmering back down. Boiling, simmering, sizzling, fiery, and blistering are all the kind of words that come to mind when listening to the album, perhaps not surprising when you consider it features slow burning — oops! I did it again! — songs with names like “Fever” (that’s an original number, not the Little Willie John/Peggy Lee song by the way).

Not that Thunderpussy’s 12 tracks are all cut from the same sonic cloth; far from it. “Velvet Noose” is a tough rocker, with some nice solo work from Petty. “Gentle Frame” is bright and upbeat, pop-rock-power-pop with an edge. “Utero Tango” (certainly the album’s best title) has the jerky, stuttery feel of post-punk indie rock; it’s great fun. There are also more subdued (in part) numbers. “All In” holds a steady mid-tempo with Sides’ voice pushed to the fore, all the better to appreciate her bluesy wail. “Torpedo Love” opens with the strumming of an acoustic guitar, brings in a bed of strings, then explodes in a swirl of sound at the end.

The biggest contrast comes in comparing the tracks that bookend the album. It kicks off with “Speed Queen” (a live favorite), Dunphy’s solid drumming seguing into a crunchy toe-tapping riff, and Sides in full-throated glory in the chorus. The closer, “Young and Pure,” is the album’s longest track (running over six minutes), and it’s like the flipside to the strutting rock of the album opener, showcasing the band’s softer side. Yes, “soft”; this is a song that doesn’t have any rising crescendos, but rather a cool seductiveness, or is that sadness, as Sides looks back at a time of innocence that’s obviously passed (as when she sings “What would it be like to be sober?”).

Thunderpussy made the harder choice; don’t make an album that just replicates the live show. Choosing not to play it safe in such a different environment bodes well for their future; both in the studio, and on stage.

(Listen to “Badlands” below and visit the Thunderpussy website HERE to learn more about the band and click HERE to purchase a copy of the album.)