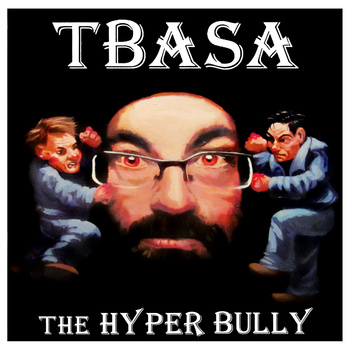 The Karshner Museum and Center for Culture & Arts is pleased to present The Puyallup River Rock Festival, set to take place on June 4, 2016. This festival will celebrate the roots of country and rock with critically-acclaimed local musicians, all for free. Music from Big Wheel Stunt Show, James Coates, Andy Shofner, and SweetKiss Momma will rock the crowd, and a food vendor will supply some great southern-style food.

In addition to the great music, there will be myriad activities for families. Kids will be urged to make their own music instruments and be invited to join a drum and percussion circle, beginning at 1:00P.M. Students can make tissue box guitars, paper plate tambourines, or egg shakers. The live music starts at 3:00 and goes until 8:00P.M.

Headlining this festival is SweetKiss Momma, a southern soul and roots rock band, fresh off a successful European tour behind their new album What You’ve Got (which we reviewed ourselves). Proving that great southern rock music comes as much from the soul as the place of birth, SweetKiss Momma (out of Puyallup) has been releasing some of the most critically-acclaimed and best-selling independent American roots music over the last few years, skillfully blending their gritty northwest origins (which are apparent across all their songs) with county, blues, and gospel, to craft strikingly soulful rock-n’-roll with a subtle southern bend.

Second on the bill is Tacoma’s Big Wheel Stunt Show, who began their journey together in April 2009, and have been dazzling rockers throughout the Puget Sound and all over the world ever since. With three full-length albums, three tours, and multiple appearances in music magazines all over the globe (including ours)under their belts, The Big Wheel Stunt Show is the sort of high-caliber rock band that you won’t forget about any time soon. Described as high-energy blues rock, furious guitar, heavy drums, hammer bass and a voice that freezes the blood, set BWSS apart from anyone around here trying to capture the spirit of blazing rock and soul-searching blues together into one package.

Another notable artist on the bill is James Coates, whose music is described as “Soulful Americana”. Singer-songwriter James Coates weaves elements of Americana, folk and even soul around songs that sound like they’re covered in dirt and dust. Wipe away said dust and you’ll find a collection of hopeful tunes sung with both passion and abandon. James Coates is a singer-songwriter from Sumner, Washington who has toured nationally, opened up for major label artists and been featured on local radio.

A true roots/rock festival wouldn’t be without some Outlaw Country, and that’s where Andy Shofner comes in. Andy Shofner developed his love of music and songwriting while growing up in Sumner, Washington. At a very young age Andy picked up an acoustic guitar, learned to play and breathed his first song inspiring him to avidly pursue a career in music. Some of his earliest work relates to small town attitudes, work, family – the ups and downs in everyday life. Andy’s songs and the energy provided by the band capture the voice of the human condition. Heartache, Love, Living, and Losing. The band gives its audience an experience in song they can relate to.