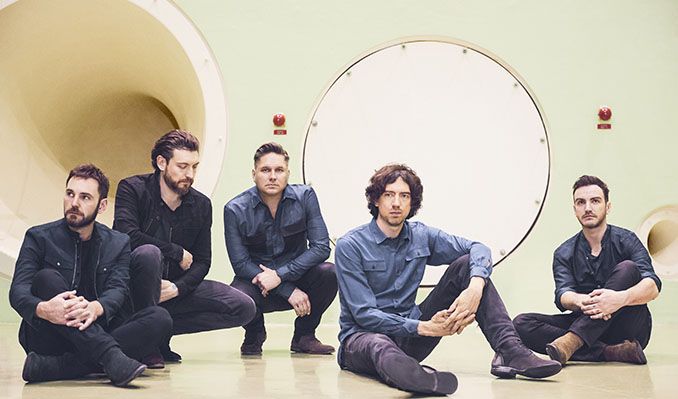 The main thing to get about Snow Patrol is that, 14 years after they started out as a student band at Dundee University, they’re still flying, gloriously and unpredictably, by the seat of their pants. “The great and terrifying thing about our band,” declares their leader and main songwriter Gary Lightbody, “Is that everything has always happened as it’s going along. There’s been very little masterplan. We allow things to happen as much by accident as by deliberate intention.” One notable early accident was their name. Lightbody’s band used to be known as Polar Bear – hence their 1998 debut album Songs For Polarbears – but were obliged to change it after discovering that this was what the bassist of Jane’s Addiction was calling his side project.

Snow Patrol had already been chosen for them by a friend who didn’t care for the Polar Bear moniker; and so it came to pass that Snow Patrol signed in 1995 to the Jeepster label, home of their Glaswegian indie heroes at the time, Belle and Sebastian. Now that the band have become feted as commercial giants – their last album Eyes Open was the UK’s best-seller of 2006, it’s worth remembering that Snow Patrol spent the 1990’s so broke that at one low point Lightbody had to sell his record collection to pay the rent. Jeepster finally dropped them in 2001 after their second album, the presciently titled When It’s All Over We Still Have To Clear Up, failed to connect beyond their passionate but stubbornly tiny fanbase. “We spent 10 years making records that 6000 people bought,” Lightbody confirms. “Success to us isn’t a chart thing, it’s when you turn up to play a gig and find the place is full.”

Tickets to the band’s forthcoming Showbox SoDo performance can be found here.