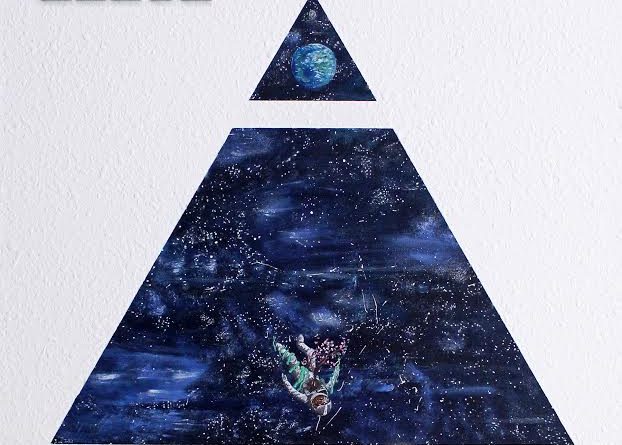 Track number one on this album is called “The Avout” and it sets the tone for what you can expect for the rest of the new release, ‘Aphelion’ from Skies Below.  The music starts out sounding a whole lot like Tool which is clearly a huge influence for the band. Skies Below borrows heavily from the mysterious band which is not a bad thing because they pull it off well. Let’s be clear though that although there is plenty of Tool worship they use that to their advantage and combine it with a little bit of progressive rock, jazz and metal to create their own unique blend of a sort of Doomy Industrial Prog.

One quick word about Tool or any other legendary band.  If you are going to borrow heavily from a band like Tool you better not fuck it up and you better be damn good at it and thankfully this band is. Few things bother me more than bands who try to sound like other bands but fall short. At that point, move the fuck on to something else and create your own sound.

Recorded and mixed at Witch Ape Studio with the legendary Tad Doyle (Tad, Brothers of the Sonic Cloth), you can only expect the tone of this album to be brutal and it does not disappoint in that department. ‘Aphelion’ is the much-anticipated follow up to their 2013 debut EP ‘Prologue’ and this release places them in an elite class of northwest bands because of the depth of the material.  I hate the word grunge when describing a type of music but whatever, you won’t find any of that on here or worn-out post-grunge for that matter. This is another album that helps to un-define what the Seattle Sound is supposed to sound like.

The second song on the album is a collision of jazz and prog rock with a driving drum beat and a guitar that matches the frenetic pace. This six-minute thrill ride covers a whole lot of ground though with time changes galore  The song detours into the realm of doom about 4/5ths of the way into it with fuzzed-the-fuck out bass before finishing up with the Jazz/Prog mixture that started it off.

Liz Porcayo is an incredibly talented vocalist and her voice matches the music well. A bizarre thing she does on here is singing behind the beat but somehow makes it work by being able to hold on to the notes. If the band is playing 4 measures she seems to stretch her vocals to only sing 2. That’s a tall task and should be left to only the most skillful. Lesser singers would make that sound like a disaster. When she is singing in Spanish it only adds to the mystique.

The band seamlessly dives in and out of several different genres, most notably on the third song, “Words That Stay”. It almost sounds like a jam session with Tool and Rush with a operatic Spanish singer laying the vocals over the top of the epic song. The drums power that one, and like the rest of the songs on ‘Aphelion’, this one is also is full of quirky time changes that are only possible when a band is as tight as this band is. The band also implements a dose of strings briefly during parts of that song to add a few extra layers of sonic righteousness.

Song number six, “Acquisition of Signal” is a really just a 30 second transition starting with a heartbeat and heavily distorted guitar with a steady build as if someone if going to jump out from behind a door with a mask on. When this song finishes, the album wraps up with a nine and half minute number that sounds like it is right out of a Hispanic horror story. Porcayo’s haunting vocals on this number add a layer of darkness that permeates the entire album.

Skies Below consists of Liz Porcayo – vocals, Dan Sides – guitar, Ryan Akin – bass, and Tim Strovas – drums and while this album is surely not going to be for everyone but who cares, people that love doomy, mysterious, heavy-as-hell, non-cookie formula type music are going to love this. We do.Throwing prog rock, metal, doom, blues and jazz together into a blender and assaulting the listener with this dark mixture is something this album is full of and Skies below is damn good at it.

Pre-Order your copy of Aphelion HERE