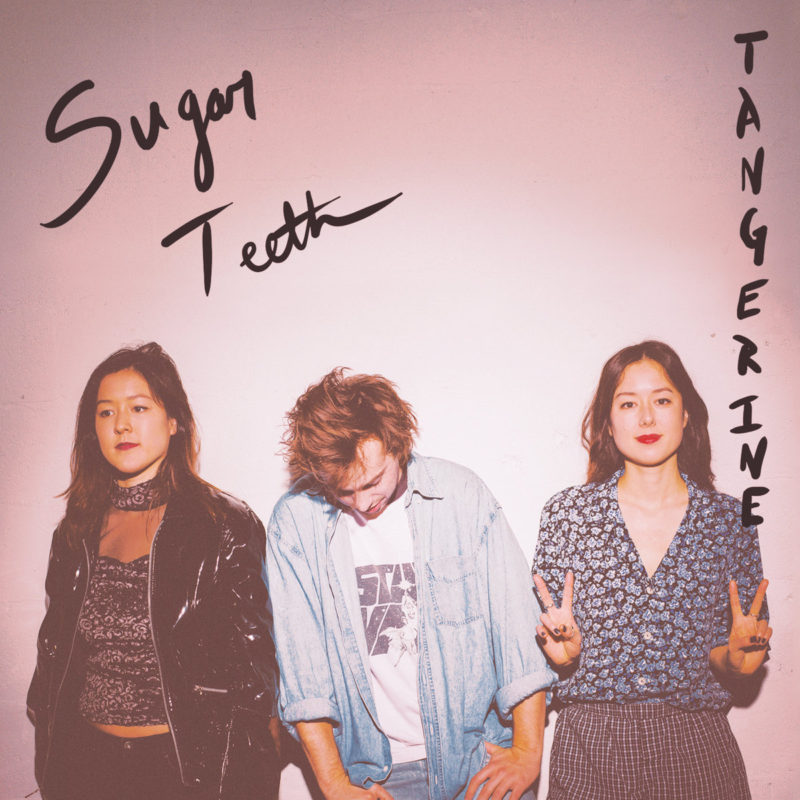 A spherical, citrus fruit or an alternative pop band? Tangerines come in all forms, but around Seattle they are known as an indie band composed of Marika and Miro Justad, and Toby Kuhn. Sugar Teeth is their first EP out since the release of Behemoth! in 2014. Although it has been almost a year and a half, the trio still embraces their rock sound with playful beats and light vocals. Listening to Tangerine is like walking on a hazy, Californian, summer day. They are not the typical Seattle punk band; they bring the sunshine when the familiar dark rainclouds threaten our skies.

This EP is a wonderful collection of tracks that do not disappoint. Out of the four that are included, my favorite would be the closing track, “Sugar Teeth.” Starting off mellow, the faded guitar creates the background that frames Marika’s clear vocals. The drums are added in towards the middle, but are not abrasive enough to overpower the feeling.

“Wild at Heart” and “Sunset” are tracks created with the indie surfer vibe that lies beneath all of the songs. Both songs contain similarities to one another, but can still be enjoyed in two different lights. It is also really important to not forget how essential the drum line is. Although the guitar makes up most of the image, the drums are very complimentary to fulfilling the whole picture.

When you first listen to Tangerine, you might juxtapose them with Haim and Bethany Cosentino from Best Coast. There is the corresponding sister dynamic amid the Justad’s and the Haim’s and the beach-like California soundscapes showcased in Best Coast. While Tangerine incorporates elements from each group, they still find a way to make their music distinct. With melodic, floating vocals and a summery beat line, Tangerine doesn’t have any problem with creating their own sound.

The only way to fully understand Tangerine is to listen to the EP yourself. So, on the rare sunny days we get here in the Pacific Northwest, cruise around with your favorite people and blast Sugar Teeth in your car.

(Sugar Teeth is available digitally via Tangerine’s Bandcamp page for $4, and on CD for $5. You can stream the EP via the embedded player below.)