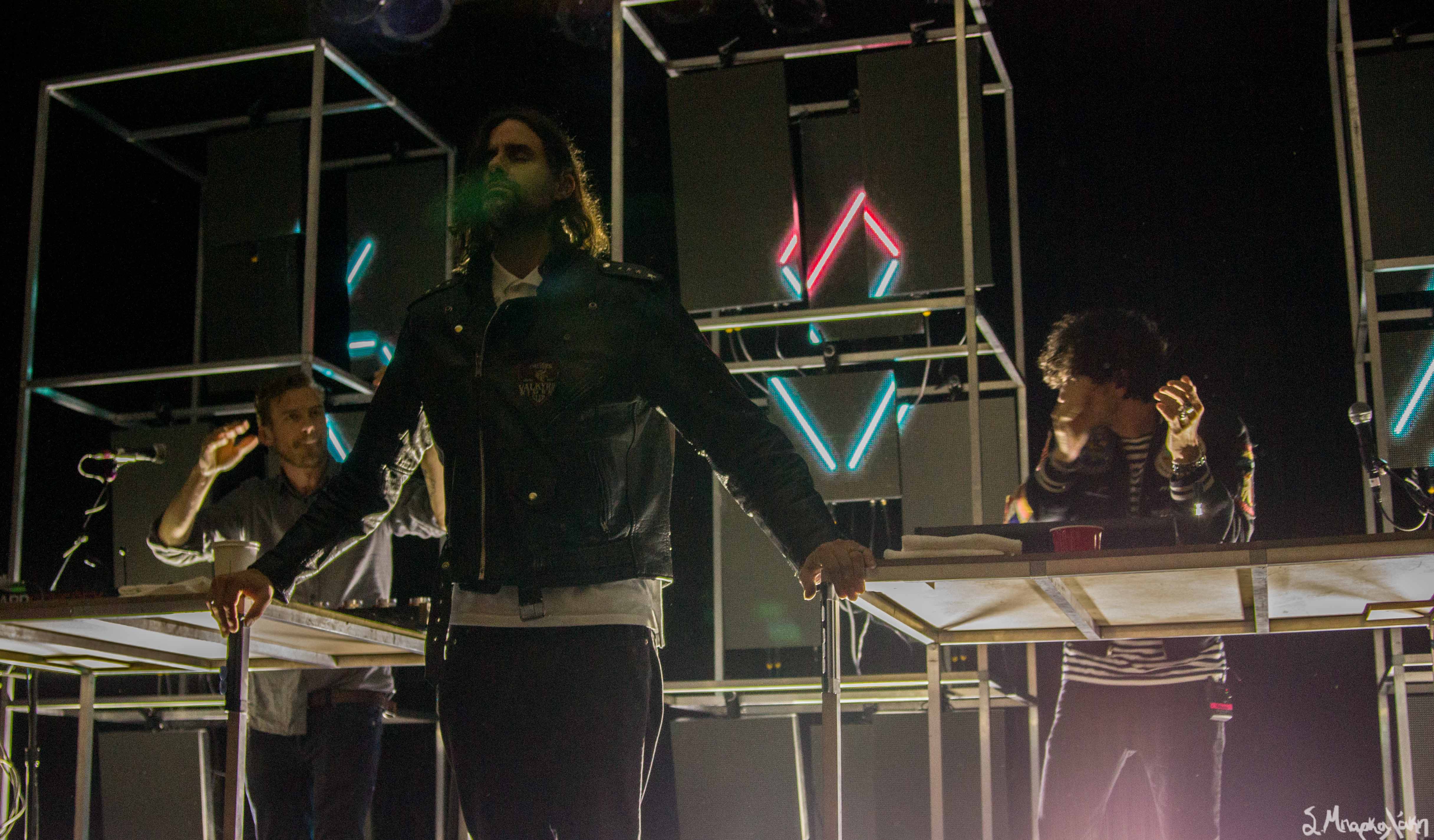 When Miike Snow announced they were releasing a new album after 4 years, I was thrilled to hear the new tunes. The Swedish indie pop band makes great tunes as the result of the dynamic team of producer-songwriters Christina Karlsson, Pontus Winnberg (Bloodshy & Avant), and singer-songwriter Andrew Wyatt. They have had major success also working with other artists including Madonna, Kylie Minogue, Britney Spears, Jennifer Lopez, Katy Perry, Mark Ronson, Flume, and Bruno Mars (to name a few).  Impressed yet? Well, Karlsson is also one half of electronic duo Galantis, and Winnberg is a member of Amason.

We were lucky when they all met years ago and Miike Snow was born (named after a friend). They have since released three albums, the most recent being iii, which they are on tour supporting all the way until July. They are playing a few festivals including their return to Coachella, Governor’s Ball, and Lollapalooza.

Their return to Seattle was at the Showbox Market, on a Sunday night that was completely sold out. The stage setup was a little different, as they had the two mix tables in the middle, the drum set to the right and a piano to the left. Wyatt took turns singing in front of the stage and going back to the piano, as Karlsson and Winnberg took turns with instruments and “The Blob” (a special hexagonal synthesizer).

The setlist mostly drew from their latest and first eponymous record, as they only played one track off 2012’s Happy To You, “Paddling Out.” It was great hearing and dancing around to “Silvia,” “Cult Logic,” “Song for No One,” “Genghis Khan,” and “Heart Of Me.”  Their encore included “Longshot,” which had movie credits projected on the screens behind them, which looked cool and hit home with the feeling of this being the finale. They ended the night with their biggest hit “Animal,” which the fans enjoyed until the last beat.