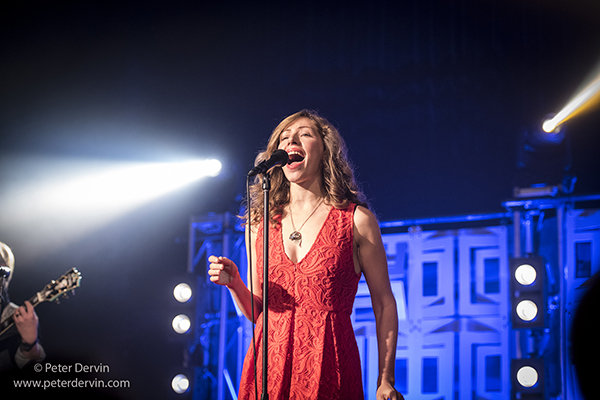 A couple weeks ago a friend of mine asked if I had heard of The Suffers. I hadn’t! So I looked them up and found that they were getting a lot of press from National Public Radio and rave reviews. My friend also informed me that The Suffers were going to be at the Neptune Theatre in support of another band that has been building a very strong fan-base as well, Lake Street Dive, and decided I have to check it out for myself.

Recently Lake Street Dive released their newest album, Side Pony, and The Suffers had just put out their self-funded debut through a Kickstarter campaign. I went out and purchased the new album by The Suffers after previewing a couple tracks online and loving it.

So with this excitement of these two bands coming to town, I had to go see for myself what the buzz was all about. I quickly learned that the show was a complete sell-out. Having never seen either band before, I ask the folks in attendance who they were there for and most were for Lake Street Dive. No one really knew much about The Suffers.

When The Suffers came out to the dimly-lit stage, they did a unified shout-out announcing their arrival. And then this nine-piece band from Houston Texas proceeded to hit it. With three horn players, keyboards, guitar, bass and drums, as well as frontwoman Kam Franklin, this band is the real deal. With a high-energy set mixing soul and rock, this band will become a top draw as they build their career. In their set, they also had a nice surprise with Lynval Golding from The Specials joining them on a cover of “A Message to You Rudy.”

Though The Suffers’ set was short, their impact on the evening was made. I know I’ll be looking forward to the next time they come through town as they are a band to watch for in the future.

The headliner for the evening, Lake Street Dive, was a whole new experience for me. I had never really heard them before other than some brief previews online, but I learned that their new album Side Pony is Number One in Billboard’s Top Rock Albums, Top Alternative Albums and Top Folk Albums this week. Now, if that isn’t a crossover artist, I don’t know what else can be said about their versatility.

Led by singer Rachael Price with Mike Olsen on guitar, Bridget Kearney on upright bass and Mike Calabrese on Drums, Lake Street Dive offers a mix of jazz-infused pop-rock that is current and fresh, but also reminiscent of the female jazz singers of the past. Price has a stage presence that is charming and seductive in sight and sound.

I gotta say that I was fortunate enough to catch this gig and see two bands that are about to break through big time. I’m sure the next time they come through the Pacific Northwest, they should be packing a bigger venue. Keep an eye and ear out for them as I only see great things ahead for them both.

(You can find more pictures from Lake Street Dive via Peter’s website here, and find photos of  The Suffers here.)