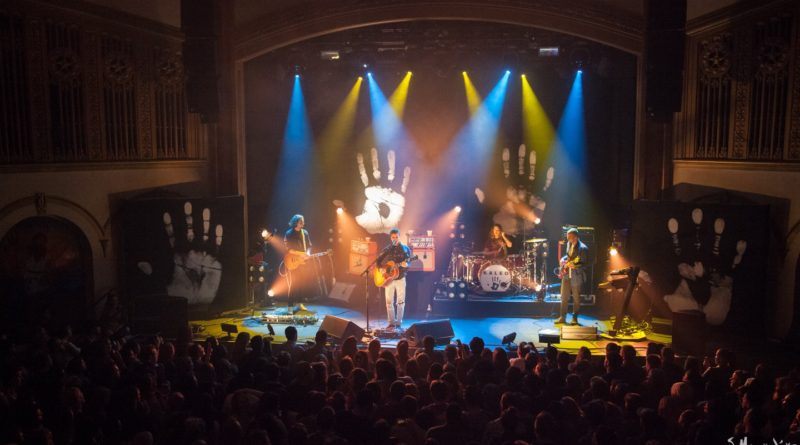 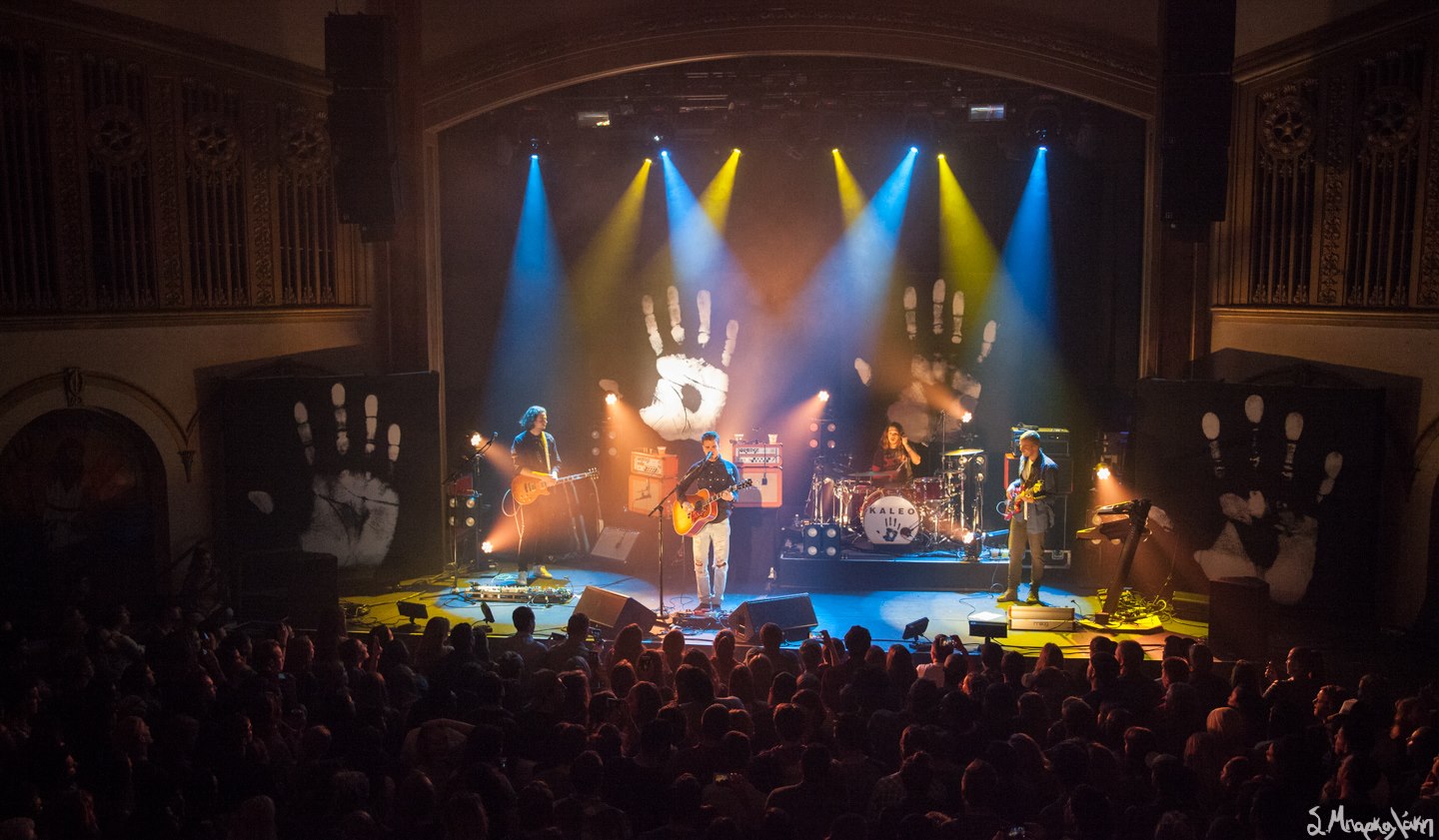 The overfilled Neptune on the Ave was waiting with anticipation for the Icelandic band Kaleo to take the stage after The Wind + The Wave and Bishop Briggs opened the show. We were well aware of the rise of Briggs, but tonight made that even more clear. She jumped on stage, ready to take over with her signature hair buns and army jacket. It was a trip to hear the room fall silent as soon as she sang her first words, “Lay my heart down, laid it down for you…” from her latest, “The Way I Do.”

The young singer-songwriter, who grew up in Asia, which inspired her to pursue a music career after spending a lot of time in karaoke bars, showed us why everyone is talking about her. She moves back and forth on stage covered in low-lighting, completely lost in her words. Most of her tunes are made of soft verses that lead to explosive choruses that demonstrate her vocal range. She doesn’t say much, and she really has no need to, as she has everyone in attendance completely captivated with her powerful voice. Her hit single “River” has gained much deserved attention and we can’t wait to catch her again at her own headlining show in the future. 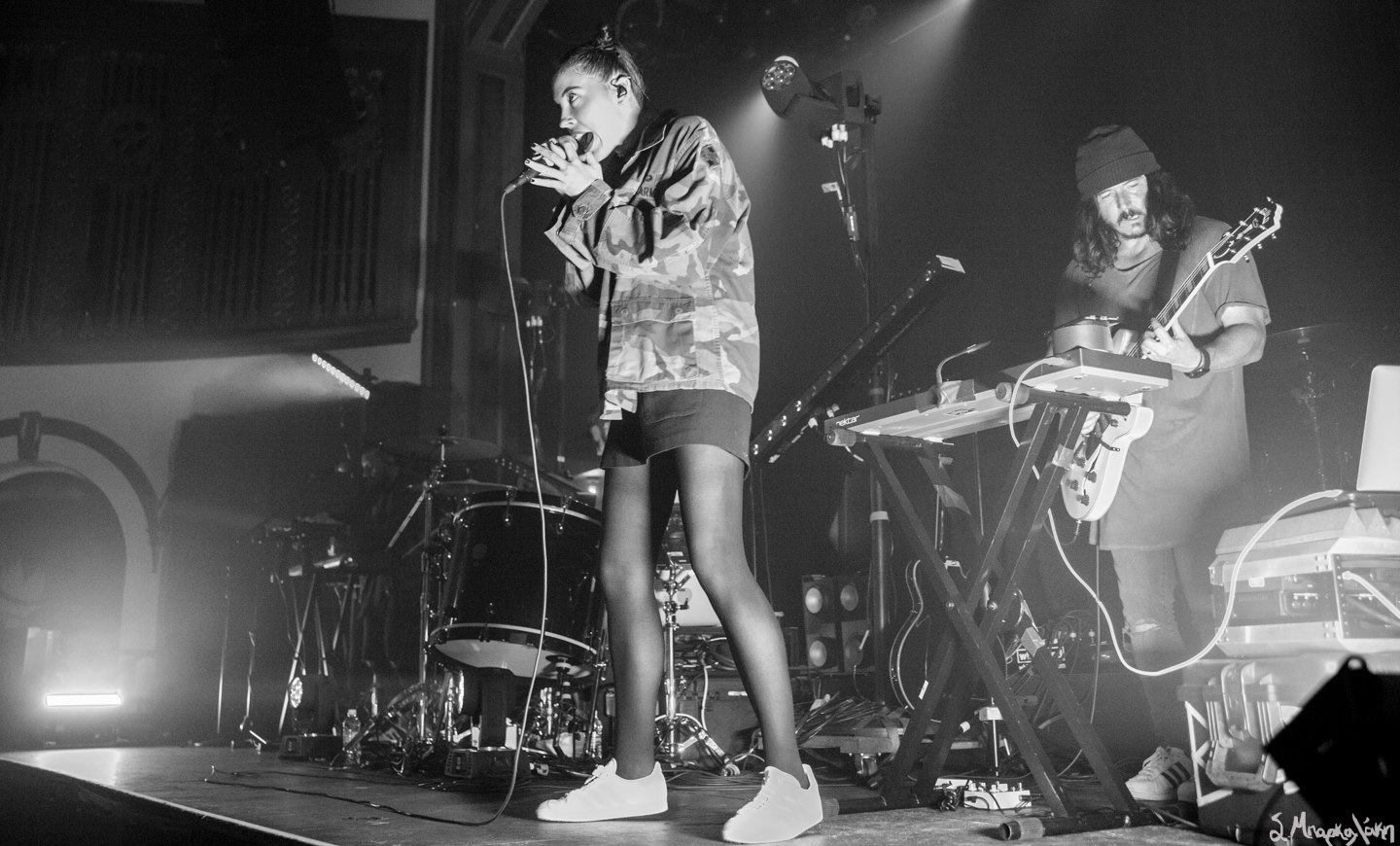 The setup switched around quickly for the main band to come out, as four large canvases displaying handprints were placed on stage. This follows with the art of their second album, A/B, and their eponymous tour. The band first gained attention after performing at Iceland Airwaves Music Festival in 2012, and since then, they’ve signed with Atlantic Records and relocated to Austin. Their folk- and blues-infused sound has landed them much success, and their singles have been used by top-rated shows, which has brought them even more mainstream visibility in the last year.

Lead singer JJ Julius Son stepped on stage holding his resonator guitar resembling an old western movie star with his button up shirt and boots, beginning the set with “I Can’t Go On Without You” and “Save Yourself.” The fans remained quiet for the first few songs, holding onto every word JJ sang, but quickly picked up the pace as the set got louder later in the night. JJ switched between his resonator and electric guitar as the songs went from delicate to robust throughout the set. 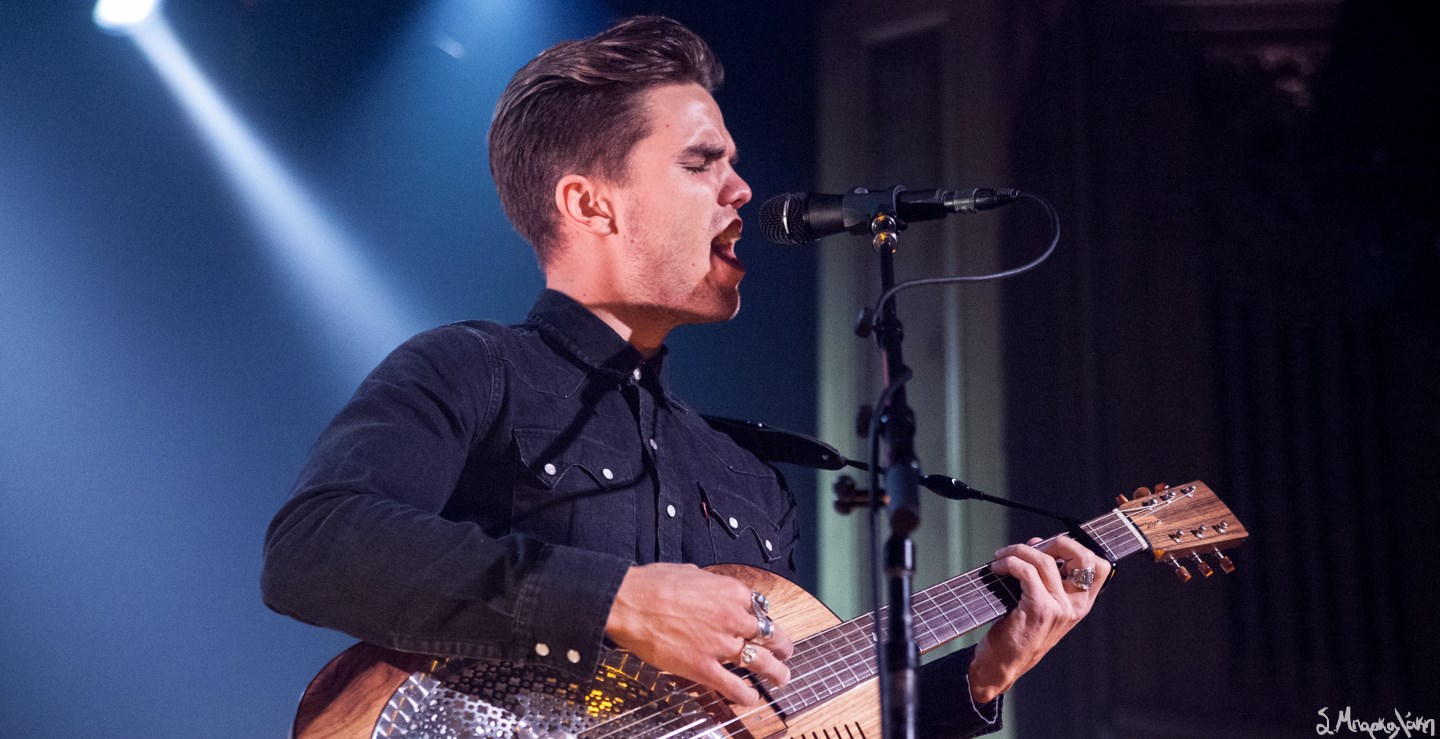 It is very hard to believe sometimes the band isn’t from the US originally, as they have the whole blues rock vibe you would expect to find somewhere like Nashville. Maybe that is the reason they are so captivating, they each pour their soul into the song, creating such a strong performance you can’t turn away from. Crowd favorites were definitely “All The Pretty Girls,” “Vor I Vaglaskogi,” and of course their biggest hit at the moment, “Way Down We Go.” This was a great live show to see; don’t miss these guys if they come your way!