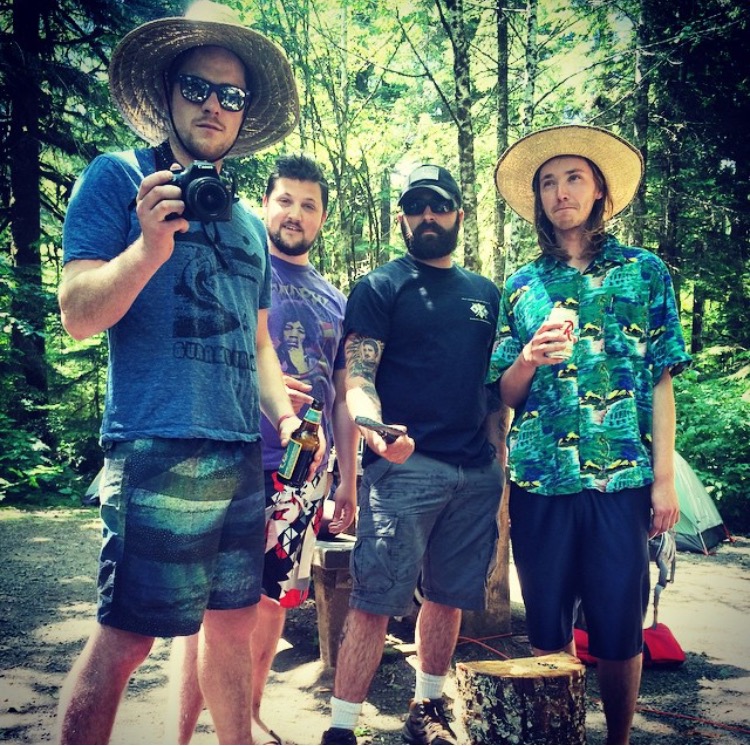 Ladies and gentlemen, hello and welcome back to Northwest Music Month 2016, where we’re featuring a different local band or artist for your music discovering pleasure every day during the month of June, to help ring in a summer of local music. Some days these artists could be a regional favorite that’s already got a following, and other days they could be a complete unknown that you’ve never heard of. Today’s band is a somewhat recent addition to the Seattle rock scene, but are definitely deserving of their commendable status as local rock heavyweights, DedElectric.

Despite playing within a somewhat saturated style of music, the music put forward by hard rock assailants DedElectric feels anything but by-the-numbers. Though it wouldn’t be too out of the equation to picture DedElectric making headway on commercial rock radio alongside the likes of Foo Fighters and Pop Evil, the band makes sure to throw plenty of left hooks into their songs, mixing thick, distorted hard rock with everything from progressive rock to folk rock to even a bit of grunge worship. Take these enticing and creative sonic characteristics and back them up with cutting vocals and impeccably tight performances, and you’ve got a real treat on your hands.

The band’s debut record, the self-titled DedElectric LP, came out in December of last year, and it’s an incredibly compelling debut for the quartet, which really shows off the band’s more adventurous side. While songs like the lead single “John Longson” go for more of a catchy, straightforward hard rock sound, there are other songs that go over the eight and nine-minute mark that feel way more progressive and ambitious. The band backs up these longer songs with great progressions and twists and turns as to justify their lengths. It’s clear the band knows what they’re doing, and are able to execute these grander ideas and have them go down without a hitch.

DedElectric isn’t the sort of band that any fan of hard rock should skip out on. Good and creative hard rock is becoming harder and harder to find these days, which makes bands like DedElectric all the more special. We recommend picking up a copy of DedElectric, sitting down with a good sound system, and letting the record blow you away through repeat listen after repeat listen.

If you would like to have your band submitted for a chance to be featured in this segment, consult this link for more information on how you can do so. Submissions for Northwest Music Month will be taken until this Sunday, June 19th, so make sure to get your submission in soon.