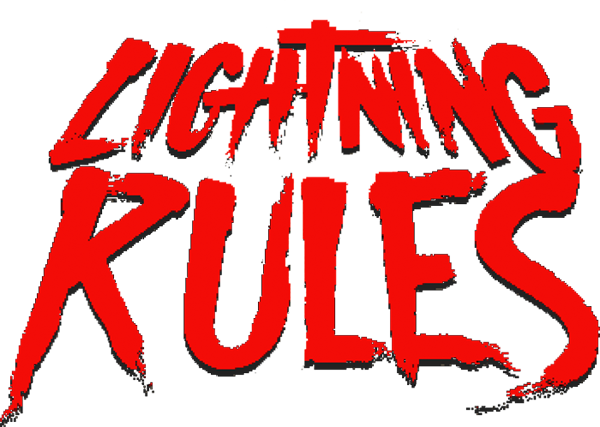 The Pacific Northwest is always looking for new, exciting music and Portland’s own Lightning Rules has what you are looking for, melodic metal. Formed in late 2014, Lightning Rules is hitting the mark with an in-your-face attitude and are releasing their first EP, simply titled ‘EP #1’ on Sept. 24, 2015. This three piece group sounds more like fiver and puts out an exciting, hard rock sound that will blow your mind. If you love Shinedown, Royal Bliss or Queens Of The Stone Age you’ll want to take a listen.

‘EP #1’ was recorded almost entirely @ Magic Closet Studio in Portland, contains lively guitar riffs that flow together seamlessly and an impressive explosion of steadfast beats from Jov Luke. The colorful songs all complement each other well, highlighting the band’s bond and they seem to thrive on adrenaline. Wess Willis’ voice is a screaming beauty, plenty of force, and soul to give this music all the power it deserves.

Opening song “Corsicana, 1894” is a pounding jewel that begins with some screaming reverb and in which Wess belts out “Don’t look to Heaven, keep your eyes on the ground” a suggestion we all should listen to. Track 2 is called “Pull Me From Hell” and although the song is definitely very rockin’, it provides a little more room to show off Wess’ vocal talents and let his killer set of pipes breathe.  The third song from this EP “Degrees & Separation” finds bassist Adam Smith laying out a thick foundation of lower end, while Jov Luke pounds his heart out on the skins and Wess sheds his guitar to pieces.

‘EP #1’ is a solid piece of work, its own animal. I have no doubt this album will give heavy music fans of all types something fresh and new to talk about. Lightning Rules has a lot of potential, a good handle on their instruments and high energy, all that is a must for a band that wants to make it in the music industry. They have a high voltage ambiance, so turn it up full blast, until your neighbors call the fuzz.