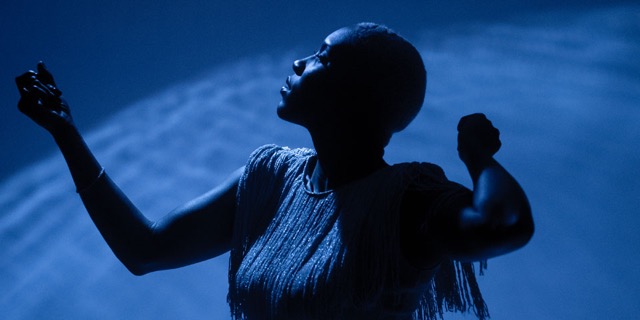 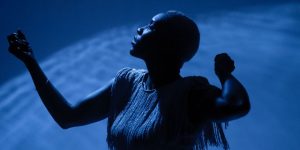 Emerging in a pouf of dazzling stardust, Liv Warfield has solidified herself as a legend of her own time. Born in Peoria, Illinois the former Notre Dame Track star and gymnast began her singing career in Portland, Oregon where she had relocated to attend college. Influenced by musical heroines such as Nina Simone, Etta James, Sade, Tina Turner and Mary J. Blige, Liv has brought her own unique and soulful sound to the ranks of the indisputably talented.

Liv Warfield’s talent defies definition. She sits comfortably outside the box and can croon her way into the top talent of any mix. However, if a definition is insisted upon – the singer herself describes her style as “alternative R&B Soul with a little bit of Rock ‘n’ Roll” – a style she’s has spent years cultivating. In 2006, Liv’s self-released debut album Embrace Me, was well received and offered the world a glimpse into her distinguished sound. However, it was 2009 that brought the pivotal change of her career. The legendary performer Prince watched a video on YouTube of Liv singing “Gimme Shelter” and three months later, he called her to invite her to audition for his vocal backing group, the New Power Generation (NPG). For several years, Liv toured and blazed many stages with Prince and the NPG. Liv also sang on Prince’s 2010 album Lotusflow3r and since then, the rest is history – in the making.

Prince had become one of Liv’s greatest celebrity supporters. In a short but powerful appearance, he even sat with Liv’s band, BlackBird, during her top billed show at a 2014 Essence Fest afterparty at the House of Blues. Liv credits Prince as an ultimate music mentor who has taught her how to be great on the stage and in the studio; a gift she took back with her to Portland where she recorded her sophomore album, The Unexpected (released early 2014), with Prince as the Executive Producer.

Prince isn’t the only big name star in Liv’s corner. She has performed alongside numerous legendary artist including Al Green, B.B. King, Dave Matthews Band, The Roots and more. Liv has performed from her album The Unexpected on “The Tonight Show Starring Jimmy Fallon,”, “Late Show with David Letterman” and “The Arsenio Hall Show.”