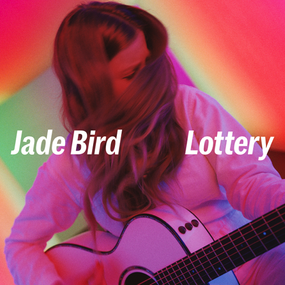 Rising Americana and modern country act Jade Bird will kick off her first official headlining tour this fall, including Bumbershoot, Grandoozy and Pilgrimage. The new dates will follow a summer of touring with Colter Wall, Anderson East and First Aid Kit as well as performances at Stagecoach, Bonnaroo, Firefly and Mountain Jam. See below for details.

Additionally, Jade is set to perform on “Later…with Jools Holland” on May 8. She recently performed her latest single “Lottery” on “The Tonight Show Starring Jimmy Fallon.” “Lottery” is currently #1 on Triple A Radio—she is the first new artist to reach #1 in 2018.

“Lottery” as well as her debut EP Something American, out now on Glassnote Records, continue to receive widespread critical acclaim:

Born in Hexham, U.K., Jade’s early life was spent mainly in flight as an “army brat.” One of life’s few constants proved to be the influence of strong working women. At first via her mother and grandmother, who largely raised her, but later the female role models within the musical subcultures Jade become obsessed with: from empowering country heroines like Loretta Lynn to iconic alternative songwriters like Patti Smith; Alanis Morisette’s Jagged Little Pill was a similar early touchstone.