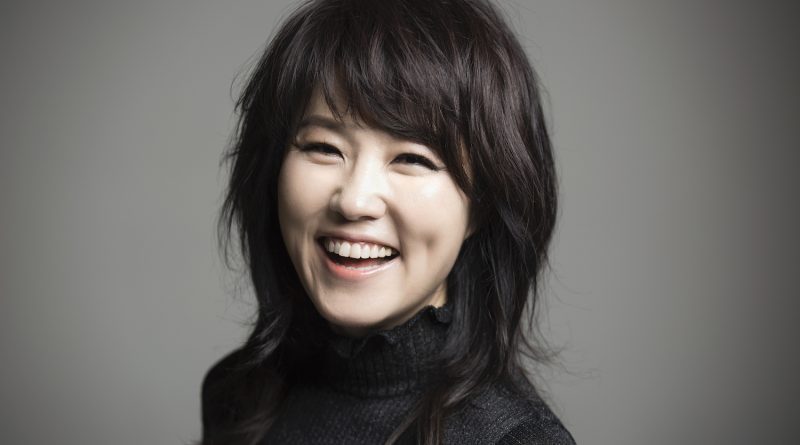 South Korea’s Youn Sun Nah, nominally a jazz singer (but it’s complicated) has variously rocked out with a sampler, gone head-to-head with a looper, covered Nine Inch Nails, covered Metallica, and made “My Favorite Things” her own, just herself and a kalimba.  Her new album is Immersion. She’s playing Sunday, October 13th, 7:30 pm, at Seattle’s Triple Door, as a presentation of the Earshot Jazz Festival.  She was kind enough to take a few questions.

NWMS:  What are your best memories of playing Seattle before?

Youn Sun Nah:  There is always a unique sense of excitement I feel before performing in a city for the first time. It’s mostly about my discovery of a new audience and my curiosity of how people respond to what it is I do. I received such a warm welcome when I previously performed in Seattle; a wonderful feeling to have as I look forward to my return.

NWMS:  What are your favorite places to visit in Seattle, if any?

Youn Sun Nah:  I didn’t have time to explore your great city because, sadly, I was there for only a day.  I was mesmerized by the skyline at night and this image actually found its way in my dreams. I’m so happy to be able to return to Seattle, and on this occasion I’ll have a bit of time to visit.

NWMS:  Your music combines many things–gospel, pop, rock, jazz, avant-garde.  Has the mixture of influences changed as you’ve gone along?

Youn Sun Nah:  Yes, my influences change over time as I continue to discover more music and more musicians.  Of course, the musicians with whom I perform have an impact on me, as they introduce their own influences into the mix.  From my side, I only hope I am providing something for them as well.

From the time I commenced my music studies, I’ve felt as if I’m a sponge—especially so since having discovered jazz. I absorb all that I listen to, as well as all the things life brings, and I love that—and I hope the listener loves the result.

NWMS:  What are your best, worst, and oddest stories from playing the whole world over?

Youn Sun Nah:  I’m so fortunate to have had so many adventures in my career.  One such adventure was the first time I performed with Swedish guitarist Ulf Wakenius‬. We had never met and I had invited him to accompany me for a run of duet concerts in Korea. We exchanged emails to prepare the repertoire and we planned our rehearsal schedule.

Just before he was to fly to Korea a heavy storm descended onto Sweden and all flights were cancelled. By some kind of miracle Ulf made it–the day of the first show!  Given that there was no time to rehearse it was scary, but everything went so well we’ve been performing together regularly ever since.

NWMS:  What are the dominant themes and approaches to the new album?

Youn Sun Nah:  This album, Immersion, is different from my previous recordings, because I spent more time making it. This time I wanted to experiment and not have a premeditated approach to the sculpting of each song.  As is often the case with my albums, the songs are thematically rather diverse, but by allowing each song to find its footing through experimentation, each song becomes more shapely with its own character.

NWMS:  Where did you record the new album, and who worked on it with you?  Any favorite recording stories?

Youn Sun Nah:  Immersion was  recorded in Paris–the city where I spent most of the time in my life other than Seoul, and it was the first time I recorded there.  Clément Ducol, a French producer and arranger provided a sense of freshness which I craved.  He’s from a classical music family and is an agile multi-instrumentalist.

I was also joined by Pierre-François Dufour, another multi-instrumentalist who not only swings on the drums but is a virtuosic cellist.  We spent two weeks in the studio and it was such an enriching and inspiring experience.

I collaborated with the lyricists Morley Kamen, Paula Moore and Rosita Kess–all of whom are also singers. They are amazing artists and and provided endless inspiration—well beyond their beautiful lyrics. My favorite stories in making this recording are the moments I spent with them.

Youn Sun Nah:  I rarely make plans and try to live day-to-day. As long as I can enjoy a life that provides me with the opportunity to discover the people and wonders, which exist in the far corners of our world, I will be extremely happy.

My current tour began in the United States a few days ago and will end in Korea in late December. I am very lucky—and I hope my not having to think too much about my future results in my providing fans and listeners with a more visceral and memorable experience.