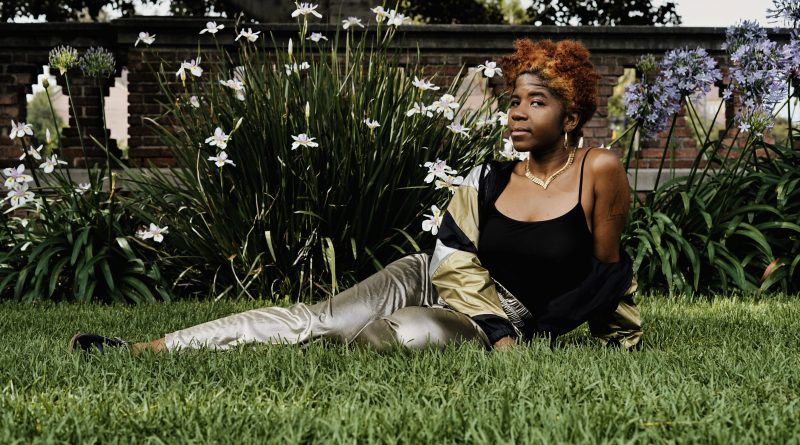 Catherine Harris-White, better known as SassyBlack, worked with other folks first (THEE Satisfaction, Shabazz Palaces), before flying solo. Her new album is Ancient Mahogany Gold, released on September 13th is burning up the northwest right now and she’ll be sharing it with fans on her engagement with Kate Tempest, September 29th at the Showbox Sodo; at the Stampede Cocktail Club on October 4th; and another bill with Mary Lambert at the Neptune, November 11th.  She was kind enough to take some questions.

NWMS:  What are your thoughts about Seattle over the time you’ve been here? How have things changed, for good, bad, or odd?

SassyBlack:  Seattle was really peculiar when I first moved here, not to say that has changed too much. It’s still a sweet weirdo palace, but it has grown on me. I love its lushness and the opportunity that lives here once you dig a little deeper. Same with the community. It’s changing in a lot of ways as everything does, but I am still drawn to be here.

NWMS:  What are your favorite places to play in Seattle, and why?

SassyBlack:  I love playing at the Croc, Nectar Lounge, the Showbox, KEXP, the Moore, Neptune, and the Paramount (when I get the chance to). I’ve been performing on the stages of the Paramount & Moore since I was about 14 when I was doing more acting. The Croc & Nectar Lounge always feel like home to me as well.

The staff in all these venues have been tremendously and consistently kind to me over the years. Those spaces hold a special place in my heart. I know when I get booked to play these venues I will have a great experience.

SassyBlack:  Everyday Music is a sweet spot for me to lose, I mean invest, money. I also dig Little Thai in the University District and Ba Bar on Capitol Hill. Light In the Attic [the record shop] at KEXP is great, so is KEXP in general. Like what a joyful spot to go and just chill.

NWMS:  You’ve been on your own awhile now. How does the music you mastermind solo differ from what you did with collaborators?

SassyBlack:  My solo music brings me more joy. I am getting back into collaborating with more artists and was lucky enough to have some of my favs play on Ancient Mahogany Gold.

NWMS:  Where did you record this new album, and who were your wingpeople?

SassyBlack:  I recorded in LA at Bedrock & in Seattle at Jack Straw thanks to a residency I was lucky enough to receive. In terms of “wingpeople”, I was lucky to work with Claire Morison (Bedrock) & Ayesha Ubayatilaka (Jack Straw) to record my vocals. Ebonie Smith (Atlantic Records) mixed it all and Adam Straney (Breakpoint Mastering) mastered it. Adam and I have been working together for years. WuTang McDougal did the artwork and Texas Isaiah shot my press photos. Overall I am a pretty lucky gal.

NWMS:  What would you say are the overall themes of the new album, musically and lyrically?

NWMS:  The first three singles are “Antidote,” “Depression,” and “Do It.” How do these three tracks compare and contrast with each other?

SassyBlack:  It’s all about life’s experience and how we deal with things. “Depression” and “Do It” are about comprehending the situation you are in and taking the time to process and uplift yourself to get out of that mindset. If we have a negative voice, or a few of them, we have some positive voices as well. “Antidote” is recognizing and accepting that it all begins and ends with self-love and realization.

NWMS:  The Stranger’s Dave Segal referred to you as “At once a self-help guru, a concerned lover, and a sage philosopher.” Do you relate to each of these roles?

SassyBlack:  Yes, I relate to these roles, and I love that he saw them in me.

NWMS:  What’s in the future for you, after the album drops?

SassyBlack:  Now that the album is out, I am joyous. I am also working on several projects that will be released in due time. I will be teaching music production classes with a focus in Ableton very often at Coyote Central, the Bellevue Library as well as Patchwerks over on Eastlake.