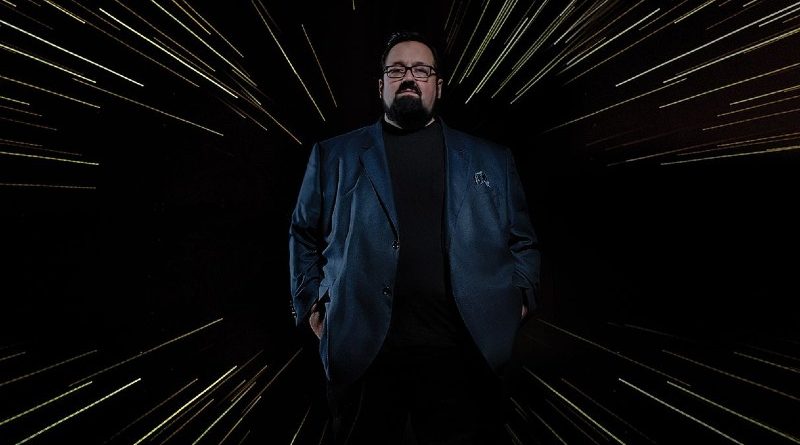 Joey DeFrancesco, a third-generation pro jazzer who shines on the Hammond organ (plus occasional trumpet), brings his act to Seattle’s Jazz Alley, March 28th through March 31st. He’ll be celebrating his new album In The Key of the Universe, and presenting as a special guest, that album’s special guest—the saxophonist Pharaoh Sanders, who first distinguished himself as a key sideman to John Coltrane, then spent decades playing fierce, gouting, and increasingly spiritual material as a band leader on his own.  DeFrancesco was kind enough to take some questions.

NWMS:  What are your favorite memories from playing Seattle over the years?

Joey DeFrancesco:  I started playing in Seattle in 1990. And of course, the venue was Jazz Alley. I’ve played a few other places through the years, but have consistently performed at Jazz Alley for almost 30 years. It’s always been a blast to play there.  Most of all, the audiences that come out to hear the music, are super hip, and extremely fun to play for.

NWMS:  Do you recall your first gig in Seattle, where and how that went down?

Joey DeFrancesco:  Yes, my first gig was in August 1990, we played there for a full six nights, and I had a sextet at the time. I had just released my second record for Columbia, so I was on top of the world, with two major releases, and now on tour with my own group. I remember whoever brought the organ out to me brought a fantastic instrument.

NWMS:  How did you first become aware of Pharaoh Sanders’ music, and what
were your first impressions of his playing?

Joey DeFrancesco:  I first became aware of Pharaoh through his collaborations with John Coltrane. But then when I started checking out what he had done as a leader, I was blown away. He covered so much ground musically, I thought this cat can do anything he wants to do.

So I’d say, I’ve been a strong follower of his music for at least 25 years. When he plays multiphonics, it reminds me somewhat of the sound of an organ. He has an originality about how he plays over chord changes, that is really free and open, and at the same time completely in and out of the harmony.

NWMS:  Where and when did you meet Mr. Sanders the first time, and how did that go?

Joey DeFrancesco:  I first met Pharaoh in New York City when he was playing at a club there in 2001. After he played the first set, he came out into the club, and I went straight up to him and introduced myself to him, and told him how much of a fan I am. He asked, are you a musician? I said yes I’m an organ player. And he said, so we’re in the same business.

NWMS:  Had you played with Mr. Sanders before this record?

Joey DeFrancesco:  Yes.  In 2004, I was playing at Joe Zawinul’s Birdland club in Vienna, Austria, and I looked out into the audience, and I saw Pharaoh. I was like wow, am I seeing things? It turned out he was playing at another club not too far from where we were playing, and my dear friend Orrin Evans who was playing piano with him, suggested that he should come out to hear this organ player friend of his, cause he thought he would dig it.

After I finished the tune I was playing, Orrin came up and told me Pharaoh wanted to sit in. I was like, he could come up and do anything he wants to do. Pharaoh proceeded to take out his tenor saxophone, come up on the bandstand, and call a blues in B-flat. He totally killed it! Then he said let’s play a ballad, and he played an incredible rendition of “Body and Soul.” It was an amazing experience, and I was completely overwhelmed with his sound.

NWMS:  How did you decide to join forces for this record?

Joey DeFrancesco:  After we played together in Vienna, I thought about recording with him immediately. I was recording the record Legacy with Jimmy Smith, and I thought how perfect would it be to have Pharaoh’s sound on this record. So I called him up, he was into it, but the problem was we had to go into the studio fairly soon, and he was going on tour at the same time. So it didn’t work out at that particular time.

Because of the natural progression of how my life has gone, in terms of a spiritual aspect, my music has moved to a more spiritual approach. This absolutely was the perfect time to call Pharaoh, because he’s the source when it comes to this style of music. And I have always been a strong believer of going to the source.

NWMS:  What’s your history with the other three members of your band?

Joey DeFrancesco:  Well, [drummer] Billy Hart and I have done several records together over the years. We’ve also had the opportunity to play in many different live situations.  Including him on this project came about when we were thinking about who played drums on the record of Pharaoh’s entitled Karma, which has the original version of “The Creator Has a Master Plan”. And of course, it was Billy Hart.

Troy Roberts, has been a part of my band for the last three years, and is an exceptional musician that could go in any direction, and plays all of the reads. And is also a very fine bass player, so it was nice to be able to utilize that on this project as well, so I could play some more piano.

NWMS:  Where and when did you record the record? How do the Pharaoh tracks compare and contrast with the non-Pharaoh tracks?

Joey DeFrancesco:  The record was recorded in Tempe, Arizona, a very soulful studio owned by a friend of mine, Clarke Rigsby. The studio is called Tempest recording.

The contrast between each track tells the story. It all goes together. The listener can make their mind up about that. To me it’s pieces of a puzzle that all flow together beautifully.

NWMS:  What are your plans for after this tour?

Joey DeFrancesco:  Like always, continue to think about other musical possibilities, and continue moving towards a more spiritual approach, and develop that further and further.  Keep that same approach to my life, because what’s in my life, is in my music.