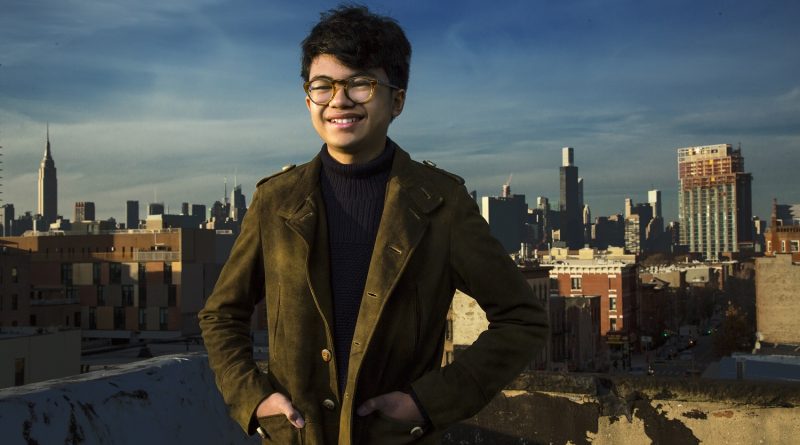 Jazz pianist Joey Alexander plays with the depth of a soul that belies his age. His most recent album, Eclipse, showcases his maturity as a composer and musician. Interesting fact: Joey and his band began recording Eclipse on August 21, 2017, the day of the solar eclipse.

Joey has performed around the world and is loved by jazz fans and critics alike, and has three Grammy nominations to date:

Joey is performing six shows at Dimitriou’s Jazz Alley, from Thursday, February 28th, through Sunday, March 3rd. He took time out of his busy schedule to chat with Northwest Music Scene about his meteoric career.

Joey Alexander: Growing up in Bali, I wake up every morning listening to people playing traditional instruments in my neighborhood and afterwards, hearing all kinds of music (jazz, gospel, pop and classical) in my house.

NWMS: Do you come from a musical family? If not, where does your talent come from?

JA: My talent comes from God but my family loves music, especially my dad. He played music.

NWMS: What’s the first song you remember writing? How old were you?

JA: Ma Blues (it’s on my first recording). I was 9 years old when I wrote it.

NWMS: What do you remember about the very first time you performed for other people?

NWMS: At what point did you realize music was your true calling?

JA:  I don’t remember exactly but I think when I was around 9.

NWMS: Who inspires you musically?

JA: Everybody. All the greats and everybody who played with me. We inspire each other.

NWMS: Tell us about your most recent album – what inspired the songs you included on the album?

JA: Everything inspired me including the solar eclipse that happened on the day of the recording. After we witnessed the solar eclipse, we walked in the studio and started playing spontaneously and later I named it, Eclipse.

NWMS: You’ve been nominated for three Grammy Awards. Share what went through your mind when you learned you’d been nominated. How does receiving Grammy nominations affect your songwriting process (does it affect the process?)

JA: I never expected to be nominated and I was shocked, grateful and humbled. Receiving the nominations pushed me to make music and get better.

NWMS: Name 5 artists, albums, or songs you can’t live without.

JA: I don’t listen to the same music/artists or songs that I listened to in the past but I listen to all that is good out there past and now. All is special.

NWMS: Being an artist from a young age, what advice do you have for youngsters looking to pursue music, either as a hobby or career?

JA: Be thankful for every opportunity to share your gift and always be prepared.

NWMS: What’s your favorite way to unwind from a long day at the studio or following a performance?

JA: Watch TV and eat a big meal before going to bed.

NWMS: If you weren’t creating music, what would you be doing?

JA: Exercise at the gym, school works, go to movies and hang with my family.

NWMS: Tell me about your most memorable live performance experience (where was it, what made it so memorable).

JA: Every performance is memorable but there’s one that is life-changing to me and my family and that is the performance at Jazz at Lincoln Center gala in 2014 in NYC hosted by Billy Crystal. It marked the start of my career in the US.

NWMS: Tell me about the musicians who are currently recording and touring with you. How did they come to join you?

JA: I haven’t done a new recording yet and but I’ve been touring with different musicians. This time I’ll bring my friends Kris Funn on bass, Quincy Phillips on drums, and Patrick Bartley on sax. We’ll play music from Eclipse and new music.