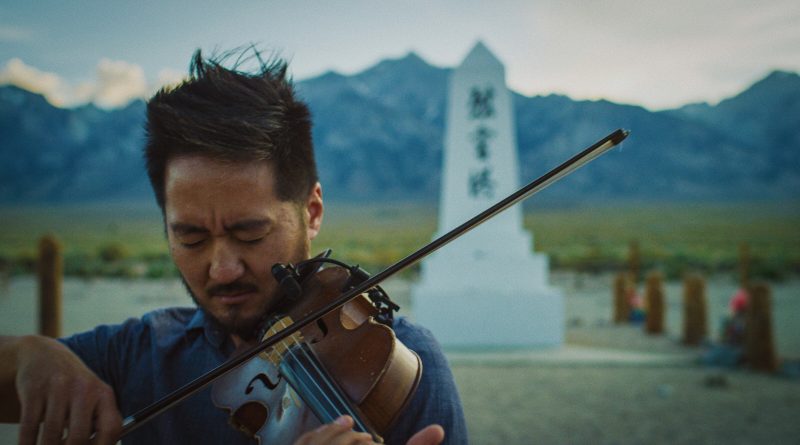 Avant-garde/prog/classical violinist Kishi Bashi revisits his childhood home (see below) on Sunday, October 6th, at the Showbox SoDo.  He was kind enough to take a few questions about life, his new album, and everything.

NWMS:  You were born in Seattle.  Do you have any favorite memories of the place?

Kishi Bashi:  My parents moved out when I was 5, so I don’t remember much except a memory of a swimmer dressed as Captain America who swam across the sound. A news reports of when Mount St. Helens exploded was also one of my earliest memories.

Kishi Bashi:  I was trained classical and I always loved string quartet music, Debussy, Shostakovich, Beethoven in high school. I was also a metal head, like into Metallica and Megadeth, but I never ever thought I would be the lead singer in a band.

NWMS:  How did you select the violin as your instrument?  Which violinists influenced you the most?

Kishi Bashi:  I had played violin since I was 7, and I think I remember liking it. I was big into Itzhak Perlman and Isaac Stern, but later on I discovered jazz violin and I couldn’t get enough of it. Stephane Grappelli, Eddie South, and Jean-Luc Ponty were big influences.

NWMS:  What are your best, worst, and oddest stories from playing around the world?

Kishi Bashi:  In England, recently, we rented a car and were shocked to discover that we had to quickly learn how to drive stick shift reversed. It was the most stressful experience I have had in my adult life!

NWMS:  The new album is called Omoiyari.  What’s the concept behind it?

Kishi Bashi:  Omoiyari is a collection of songs that I wrote over the past two years as I traveled the country researching Japanese internment and Asian minority identity. It reflects not just the injustice, but also celebrates the true resilience of the human spirit.

NWMS:  Where did you record the new album, and with whom?  Favorite recording stories?

Kishi Bashi:  We recorded in this beautiful studio called Echo Mountain in Asheville, North Carolina. It was surprisingly easy, because instead of relying on my “jack of all trades” approach of home recording that I normally do, I had extremely talented masters of their instruments coming together to play music

NWMS:  What are your plans for the future, after this album and tour?

Kishi Bashi:  The movie of the same name, Omoiyari will be coming out next year, and it is a feature length documentary that chronicles my album creation and the reimagining of American history.