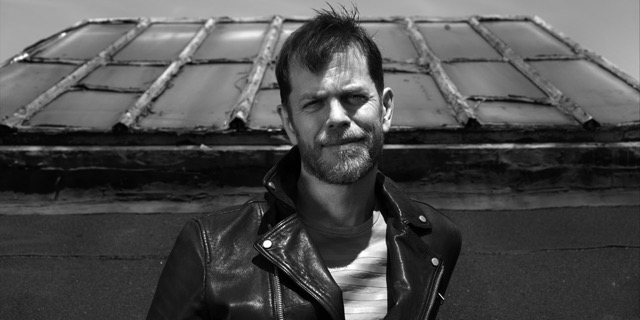 The Pacific Jazz Institute at Dimitriou’s Jazz Alley welcomes saxophonist Donny McCaslin with his group touring in support of their new record Beyond Now – dedicated to and inspired by David Bowie.  Band members are Jason Linder (keys),Tim Lefebvre (bass), and Mark Guiliana (drums). Set times Tuesday and Wednesday at 7:30pm.  Doors at 6:00pm each night.

Saxophonist Donny McCaslin already had 10 studio albums and 2 Grammy nominations before he was approached by David Bowie to record for Bowie’s 2014 single “Sue (Or in a Season of Crime)”. This collaboration would be one that would define the last triumphant moments of the starman’s career.

The passing of David Bowie came shockingly just days after the release of his 25th studio album, Blackstar, a dazzling album featuring a unique presentation of Bowie’s trademark dark art-rock groove. Responsible for the captivating progressive jazz that stood at the heart of this album was saxophonist Donny McCaslin and his group of prominent New York-area jazz musicians.

“The course of my life as an artist and person changed when I met David,” says McCaslin as he accepts a Grammy award on behalf of Bowie’s Blackstar. In the year that followed that album, McCaslin recorded his own album, Beyond Now, with his group. With this album, McCaslin champions the influence of popular artists on him, particularly that of Bowie’s.

The group features Downbeat Magazine star Jason Linder on keys and piano, Mehliana founder/Brad Mehldau collaborator Mark Guiliana on drums, and bassist Tim Lefebvre, famous for his session work with high-profile musicians and on TV shows and movies such as 30 Rock and Oceans Twelve. No stranger to performing with each other, these three have been collaborating with McCaslin and each other in some capacity for almost a decade.

McCaslin’s path to Bowie and Beyond Now can be traced back to 2011 with the release of his album Perpetual Motion, taking on an electric direction for the first time in contrast to his previous acoustic projects. Two subsequent albums Casting for Gravity (2012) and Fast Future (2015) released with his working band were directly influenced by electronica artists (covering groups such as Aphex Twin, Boards of Canada, and Baths), which netted McCaslin a 2013 Grammy nomination for “Best Improvised Jazz Solo.”

Live performances of the band in their recent incarnation are technical and exuberant, full of driving rock, funky grooves, and of course, luscious jazz. The group’s Tiny Desk Concert for NPR finds them performing Blackstar’s “Lazarus”, a vibrant reiteration of Bowie’s legacy. www.Donnymccaslin.com