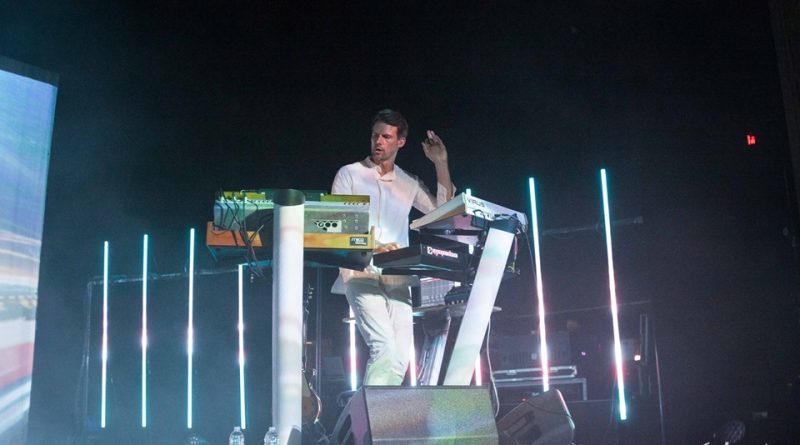 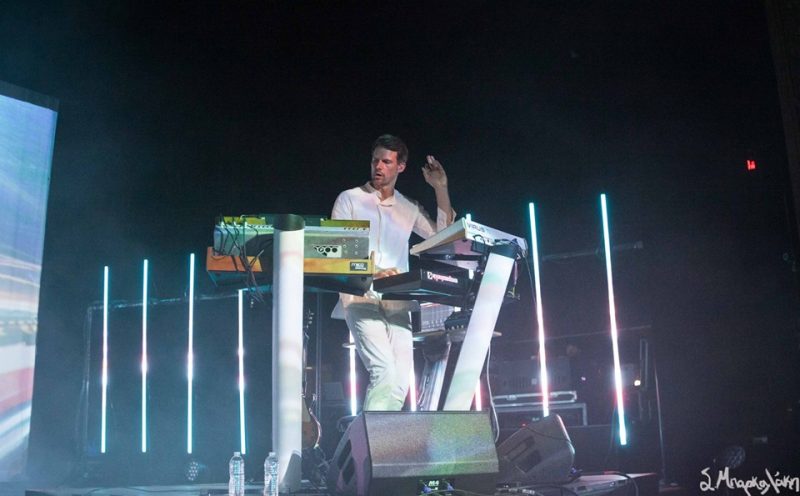 After months of anticipation, it was finally time for the Paramount Theatre to fill up with excited fans of the talented Tycho. Scott Hansen is not only known for his ambient melodies but also for his work as a gifted art designer and photographer. Most of the posters fans have framed in their rooms are actually his own creation. We were here to check out his latest work in support of his fifth album, Weather, released in July. It had been a few years since we caught him at Showbox SoDo so this was going to be a good night.

The evening took off with daytime disco band Poolside, which currently consists of Jeff Paradise, Vito Roccoforte (The Rapture), Mattie Safer (The Rapture), Brijean Murphy (Toro y Moi) and Casey Butler (Pharaohs). Don’t make the mistake of having the opportunity to catch them and not doing it. They are so good to listen to and provide the perfect tunes for summer lounge sessions. Their last full length album was 2017’s, Heat, but we keep hoping to have another one soon enough. The chillout sound paired with the layering of multiple vocals create the feeling of a soothing surround sound. 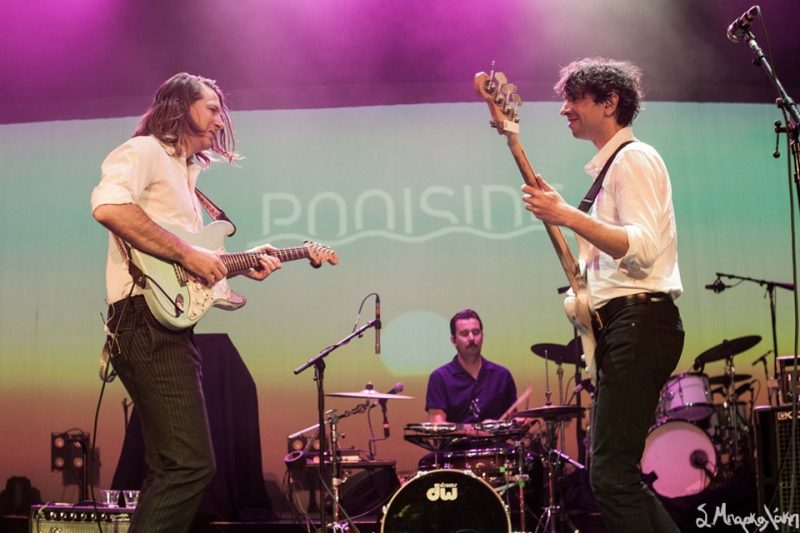 The floor was quickly cleared to empty most of the stage out and leave a raised three stand mini stage to the right, where Tycho would be most of the night, and a raised section in the back for a couple of band members. Soon enough the wait was over and the four-piece group took the stage and kicked off with “A Walk.” The guitarist/bassist was the one mostly moving around on the main floor with Tycho sometimes coming out of his stand to play guitar. He thanked the crowd early on noting how special this night was and how beautiful the venue was on the fourth night of tour.

The focus of the setup was the projector screen in the background displaying various videos of enticing designs perfectly accompanying the sound. The creative videos and stage lighting help pull the audience into the performance curiously watching what would happen next. A few songs in, vocalist Saint Sinner, who worked with Tycho on the latest record, joined the band to perform some live tracks. Her voice is a cool breeze that enhances some of our favorite tracks,  “Japan,” “Pink & Blue,” and “For How Long,” from the new release. 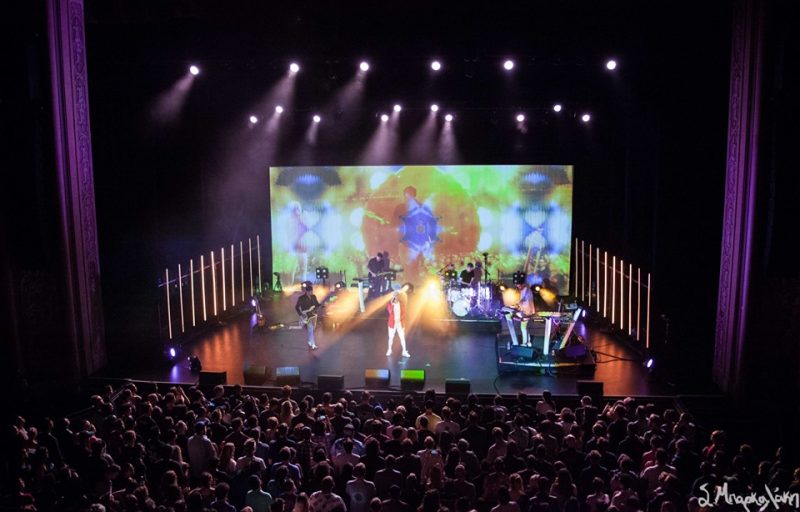 Tycho chatted with his fans again, this time sharing that his favorite synth of 10 years had just died that morning and how he had bought a brand new one in Seattle which he was using for the first time. We heard some of our favorite tracks “Weather,” “Awake,” “Daydream,” and “Epoch,” along with new tracks on the new machine. The graphics only seemed to get more intense as the night progressed and everyone was listening attentively. The night finished on a high note with “Skate” as Saint Sinner joined, and “Division,” that closed the powerful set. We remembered how good he was but he has raised the bar for his live shows in the last few years and it really made a huge difference tonight.