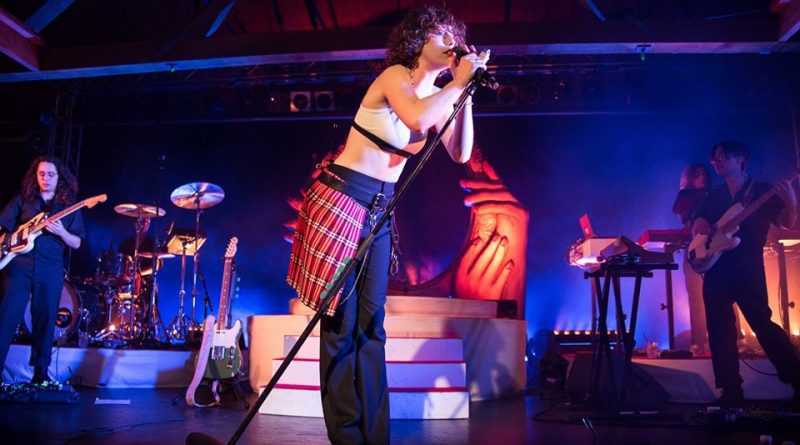 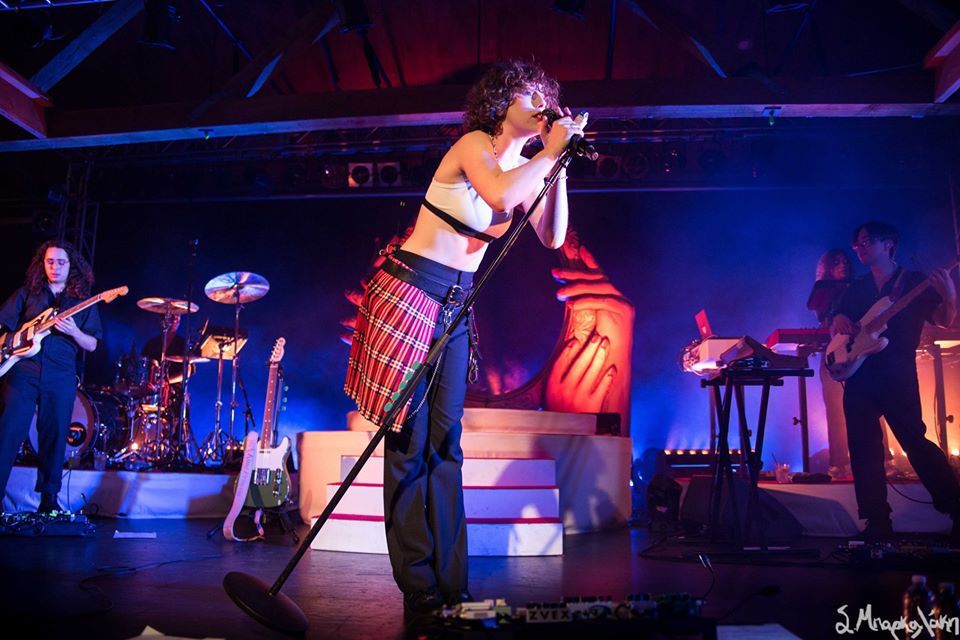 We headed to the Showbox SoDo on January 18 to catch the sold out show by King Princess, AKA Mikaela Straus. The young artist has been steadily rising in the industry over the last year releasing one of the most anticipated debuts, Cheap Queen. We had caught her at her sold out show at the Market last April and were thrilled to have her back in the city so soon. The night started off with another talented singer, Kilo Kish, who impressed the filled room.

When it was time for Straus to take the stage, excited fans screamed as she and her band made their first appearance. She came out smiling and walked to the middle of the floor where a few stairs led up to a mirror shaped prop being held by a pair of hands. As she walked down the stairs to her piano located on the left side she was striking poses along the way displaying her swagger and charming self-confidence. The set began with “Isabel’s Moment,” as she dove into her emotions playing the piano while taking the time to make eye contact with her fans. 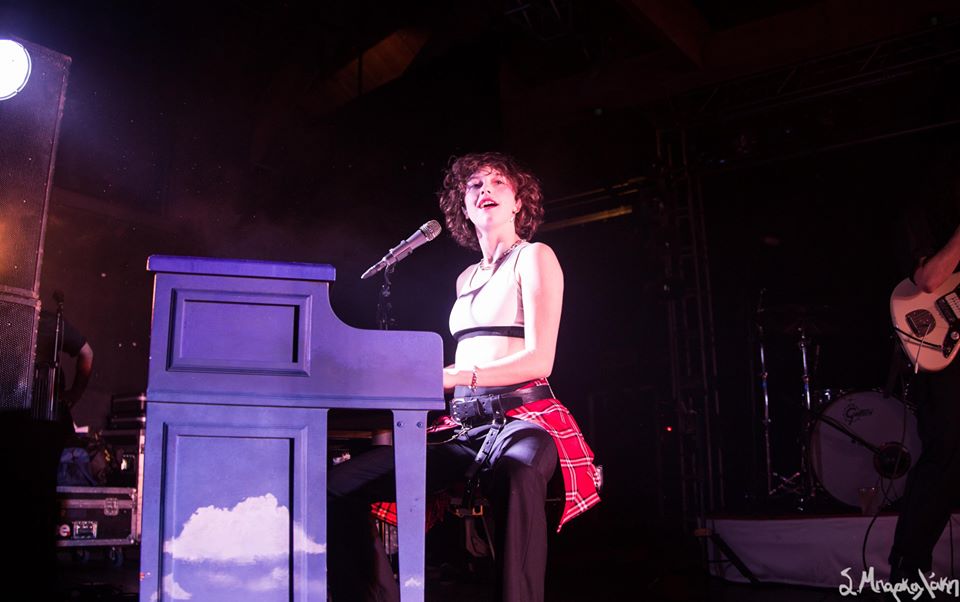 She made her way back to the middle of the stage to perform “Tough on Myself,” and “Prophet” then stopping to chat with the audience. She jokingly said, “You can do whatever you like, just don’t throw anything in my face, I will have you ejected.” Everyone laughed as she told a story from her recent show in Boston and how she kept getting hit by bras being thrown at her during the performance. “I can’t have you messing up my face, this is how I make my money.”

Her very soothing voice and personal lyrics made the show feel very intimate and people seemed to be enjoying it from the first melody. The way she makes everyone feel like her own experiences are their own was the most powerful thing I noticed in the crowd tonight. Before she went on to sing her second single, “Talia,” she asked everyone in the audience to raise their hand if they ever had an ex-girlfriend, then she mentioned that this one’s for one of hers. 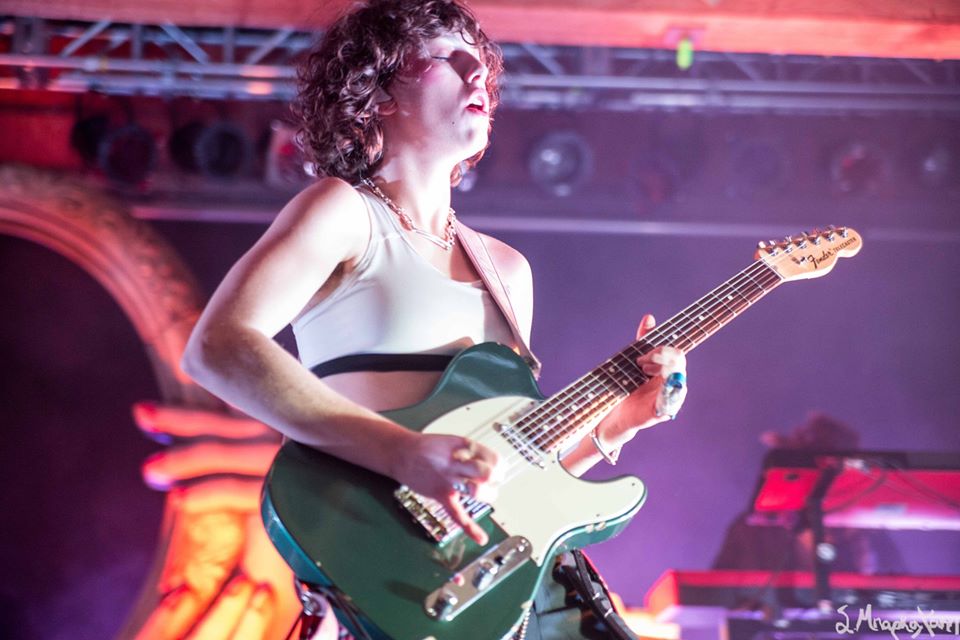 A few songs later she stopped again to chat and requested from her fans, “Now that 2020 is in full swing can we work on getting me a new hit? I appreciate that you really liked this one but let’s get a new one going. This one is an anthem for the gays so that’s cool though.” She went on to play her huge hit, “1950” and closed her set with “Hit the Back” as fans danced around.

When she made her way back for the encore we noticed that in the front of her black pants the word King was displayed while still wearing her white sports bra. The night ended with “If You Think It’s Love” and her grungiest tune yet, “Ohio,” where she encouraged everyone to really rock out as it was the last one. The fact that she still played her guitar with a broken pinky finger and no one noticed shows that she really is a King. So glad we had the chance to be a part of her show, she’s such a talented artist who uses her charisma to relate to people in seamless fashion.